Setting the Record Straight On Al-Islah in the UAE

Ali Rashid Al-Noami, an Emirati academic and former member of Al-Islah, discusses Al-Islah's ties to the Muslim Brotherhood and seeks to set the record straight on the UAE's recent crackdown on its members. 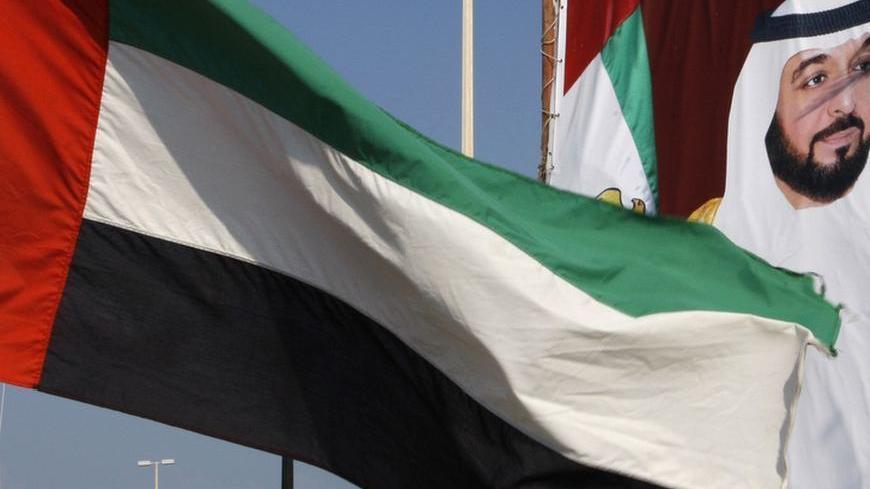 International media coverage of the recent detention of around 60 members of Al Islah Reform and Social Association, an Islamist group in the United Arab Emirates, as well as various actions taken by the UAE government over the last 18 months against a tiny minority of critics linked with international organization of the Muslim Brotherhood, have tended to present the issue as one of an increasingly oppressive government cracking down on proponents of liberal reforms and supporters of human rights.

It is time to set the record straight.

When I was in my early twenties and part of Al Islah, I was told that we are part of the Muslim Brotherhood, although I subsequently left the organization because of my disagreements with its policy and strategy. I know many of those who have been detained and have dealt with them on numerous occasions, in particular when I was vice president for academic affairs at the UAE University.

One of the reasons I decided to leave Al Islah was because, as an Emirati who has lived and experienced the rapid progress of the UAE over the last few decades, I had become convinced that our country, thanks to its leadership, had played a unique role as a model for countries in the Middle East and North Africa region. We have seen the transformation of a tribal society to a modern state, creating synergy between people in a multinational society in a very short period of time.

The UAE has always been a trading nation, engaging successfully with those of other faiths and cultures for hundreds of years. This philosophy of tolerance is fundamental to the nature of the Emirati people. Consequently, the government has always promoted and supported religious and cultural tolerance; with over 200 nationalities, of all faiths, residing in the UAE, it could scarcely do anything else.

Al Islah was formally created in 1974. However, its origins date back to the 1960s, when a number of Egyptian teachers, members of the Muslim Brotherhood, came to work in the UAE and began to recruit young Emiratis. Al Islah was later created as a cover for their activities, which were, in reality, directly linked to the founding organization in Egypt.

It has been suggested by an Al Islah leader that the decision by the UAE government to begin to take action against the organization by removing some of its members from influential positions in the education and justice sectors, for example, was prompted in 1994 by the advice of the Egyptian Secret Service. This is not the case.

When Al Islah became a registered NGO in in 1974, it originally confined its activities to sports, culture, charitable work and social activities. However, it became increasingly apparent over the years that the organization had developed its own political agenda. More importantly, the agenda was not “home-grown," but rather drew its inspiration from the Muslim Brotherhood, an organization active in many countries whose members pledge their allegiance to one leader and supreme guide residing in Egypt. Members are supposed to follow his instructions as a religious duty. This allegiance to the ideas and ideology of an externally-based organization represented a direct challenge to the principle of loyalty to the state, whether the UAE or elsewhere. When this became obvious, the UAE government began to take measures to protect the core values of its people and identity.

In March 2011, a petition was lodged with the UAE president calling for universal suffrage for the increasingly empowered Federal National Council (the UAE parliament). When five signatories of the petition were subsequently arrested in May 2011, it was claimed by Al Islah and its supporters overseas that their arrest was linked to their signature of the petition. In fact, the five people were arrested for offenses under the criminal code. Yet they were presented as "human rights defenders" and as people who were simply seeking modest political reform.

Importantly, the overwhelming majority of the 130 or so people who signed the petition continue to pursue their lives normally, including civil servants, university professors, journalists and the like. They and others have continued to advocate change in terms of political reform, and it is worth noting that the number of voters for the UAE’s partially elected parliament was dramatically increased from around 6,000 to nearly 120,000 in the fall of 2011, as part of a process of government-supported gradualist change. More change lies ahead.

During early 2012, it became apparent to UAE authorities that certain individuals associated with Al Islah appeared to be engaged in a number of clandestine activities and were maintaining financial, organizational and political relationships with people outside the country — people who are connected with various international branches of the Muslim Brotherhood. They were evidently encouraged to do so by the success of the Muslim Brotherhood in other countries, in particular Egypt, and sought to promote a change of the governmental system in the UAE. In order to facilitate an investigation of these activities and relationships, these individuals were called in for a formal investigation by the authorities. A small number of them were detained, and the rest were found to be trying to leave the country illegally.

The investigation is ongoing, and its results are, by their nature, sub judice. Until court hearings are held, no one is in a position to comment authoritatively on the results of the investigation, or to respond to allegations made by supporters of the detainees that they were subjected to mistreatment, although media reports have suggested that the investigations may have uncovered evidence that the detainees had created a clandestine military organization, and that money was sent to support Al Islah activities from overseas.

Regardless of the views of a few critics of the UAE, it is very obvious to most people living in and visiting the country that the quality of life, stability and the harmony enjoyed here is unique to the region. This model that the United Arab Emirates has struggled to create, one of religious and cultural tolerance, of rapid economic and social development, is what other Arab countries are now striving to achieve with their Arab Spring. It is not a model that we wish to change.

Dr. Ali Rashid al-Noaimi is an Emirati academic, on Twitter at @dralnoaimi.