The Egyptian government begins a new program to combat the rise of atheism; however, activists question whether this increase is even real. 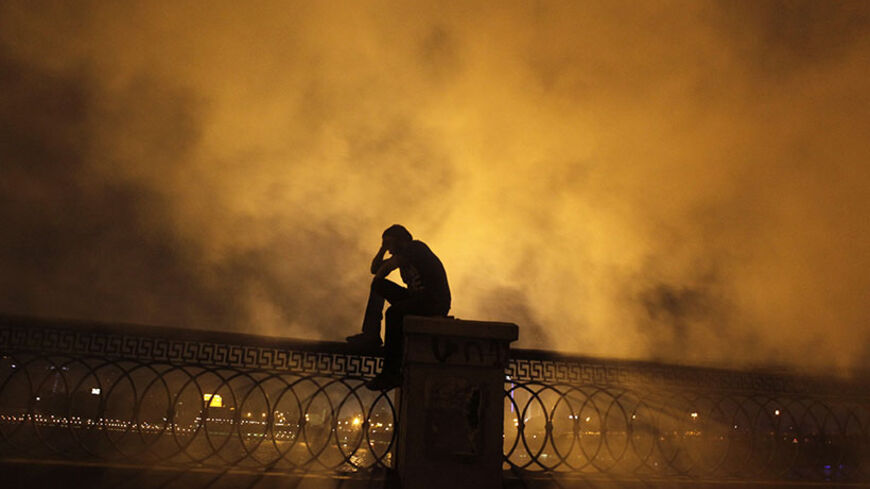 CAIRO — The Ministry of Awqaf (religious endowment), in partnership with the Ministry of Sports and Youth in Egypt, has begun a national campaign to fight the presumed spread of atheism among youth.

Thus, those state departments decided to break into the world of atheists without having the slightest information that would allow them to control this phenomenon in any possible way.

When asked about the availability of statistics showing the increasing spread of this phenomenon, Sati said, “There are no statistics, which means that the size of the phenomenon was never known nor is it known today, so there is no absolute evidence of its spread.”

Pastor Abdul Massih Bassit, who is concerned about atheism, told Al-Monitor: “There are no statistics and each part of society randomly estimates the size of the phenomenon. Atheists estimate their own number on their Facebook pages at between 2 [million] and 4 million Egyptians, while certain pastors say that their number is not more than 1,000-2,000.”

Sati said, “Both the ministries of awqaf and youth have based their estimations on a TV show in which atheists have a significant representation, in addition to Facebook and Twitter accounts where the number of followers have largely increased, which means that they are now publicly announcing their atheism.” Yet, her statement is not necessarily accurate evidence of the spread of atheism, but it could simply mean that atheists are more courageous or outspoken today.

Turk told Al-Monitor, “The extremists and takfiri religious speeches made by the Muslim Brotherhood and other similar movements may have pushed the youth to be repulsed by religion.”

Bassit said, “The politicians and most of the January 25 Revolution figures pushed the youth to atheism. After they were depicted as the noblest men in Egypt, some of them turned out to be takfirists exactly like the Brotherhood, and some turned out to be spies who work for other countries.”

Sati said that she does not directly connect the spread of atheism with the January 25 Revolution. Yet, she linked it to the use of social media networks and the Internet after the revolution, which allowed the youth to connect with new cultures they were not yet ready to deal with. “This is in addition to the fact that the January 25 Revolution broke the fear barrier for youth, which led atheists to publicly announce themselves on television and social media networks,” she said.

“The campaign has two goals,” Sati told Al-Monitor, “The first is to spread awareness concerning the dangers of atheism and how it creates a threat to society, as well as the controversial issues that might push the youth to atheism. The second is to treat this phenomenon by having a dialogue with atheists and giving them a chance to reconsider their decisions and go back to their religion.”

“We have agreed on the headlines of the campaign,” Turk told Al-Monitor. “We reached the phase of preparing the plan based on several measures, including dialogues instead of seminars that are more of initiations.”

He said, “We will count on youth, who we will train to have a dialogue with the atheist youth, since the influence youth can have on each other is stronger. Clergy, psychologists and social experts will train the youth and try to find answers to questions raised by youth which might push them to atheism. The youth of the campaign will be trained to answer these questions in order to have dialogues with the atheist youth which would lead them back to their religion.”

Sati told Al-Monitor, “The campaign will use technology, the Internet and social media networks to reach atheists and answer all the questions which pushed them to atheism. We are also going to create a website for the “Think Again” campaign, which aims at spreading awareness concerning phenomena such as addiction, takfiri thinking, extremism and atheism.”

“The time frame of the campaign is not specified; it could go for a year,” Sati said. “To measure its success or failure, the campaign is going to base its information on the website, Facebook page and all the positive or negative outcomes it could have.”

Egypt’s attempts to control atheism are only normal in light of the current constitution, which states that Islam is the country’s religion.

However, the country’s campaign against atheism failed before even beginning. It was undertaken based on inaccurate evidence, such as atheists' appearances on a TV talk show and on Facebook pages, which are not necessarily a sign of the spread of atheism in Egypt.

It's noteworthy to mention that during Al-Monitor’s interview with Bassit, he said, “The information concerning atheists in Egypt in minimal.”

When asked why, he answered, “The main reason behind this is their fear of being oppressed by the government and society. This stops some individuals from announcing their atheism, despite the presence of larger and more courageous groups, which are the minority.”

The majority of atheists, as well as some Baha'is and Shiites, choose to stay silent and not give their opinion concerning religious matters, which makes them one of the most ambiguous groups for the government. This is what hinders the state ministries' control over their spread.