The Gaza crisis may have overshadowed the stumble in Turkish-US relations, but cannot long conceal the deep divisions in this troubled alliance. 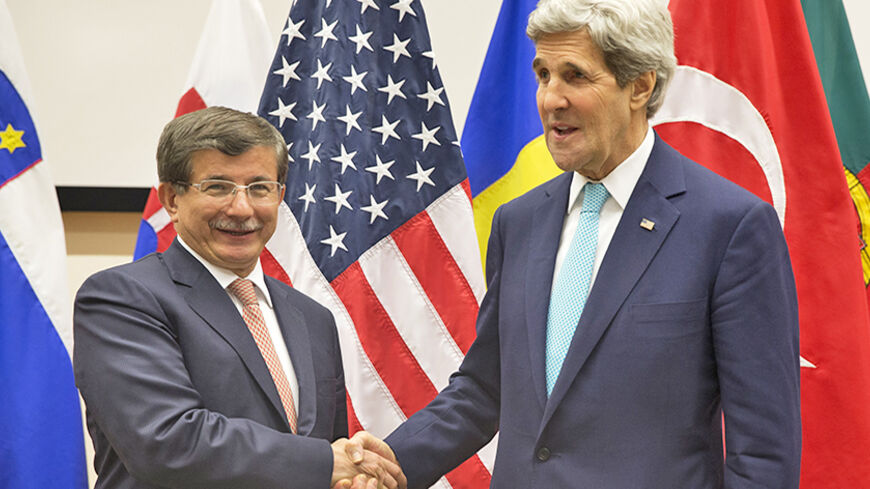 The vitriolic exchange of words between two close allies, the United States and Turkey, may have been overshadowed by the developments in Gaza but cannot be concealed.

Disagreements had started already before the Israeli ground offensive. The Israeli military operation against Hamas only accelerated and intensified them and revealed the malaise between the two sides that goes back to pre-Gaza days.

For careful observers, the last round started at a Senate confirmation hearing for the newly appointed US ambassador to Ankara, John Bass. During the hearing on July 15, the hearing’s somber tone suddenly changed with Sen. John McCain, R-Ariz., pressing about allegations of authoritarianism in the governance style of Turkish Prime Minister Recep Tayyip Erdogan.

“Are you concerned about Prime Minister Erdogan’s desire to change the constitution and other actions that we have seen on the part of Erdogan as a drift toward authoritarianism?” McCain asked.

“The prime minister is the leader of the democratically elected, parliamentary democracy. We’ll obviously look closely at whatever steps he takes,” said Bass.

McCain replied by asking whether the Turkish government’s “suppression of social media, YouTube and Twitter and restrictions on the freedom of the media” represented a drift toward authoritarianism, adding that Bass was “jeopardizing his nomination” by not giving a clear answer to a question.

“It is a pretty simple straightforward question: … Do you believe that the oppression of social media, the desire to change the constitution to be a more powerful president, which he obviously will be, is a drift towards authoritarianism?” McCain asked.

When Bass again tried to refrain from giving an answer, McCain replied sharply. “Mr. Chairman, I am not going to support this nomination, and I will hold it until I get a straight answer. I think it is a fairly straightforward question, Mr. Bass. Is it a drift towards authoritarianism?” he said.

“It is a drift in that direction, yes,” Bass replied.

“Thank you. It took 3 minutes and 25 seconds,” McCain said in response.

It took less time for a reaction from Turkey’s Foreign Minister Ahmet Davutoglu. For him, comments by Bass that Turkey is “drifting in the direction” of authoritarianism were part of a campaign against the ruling Justice and Development Party (AKP). In an interview on a Turkish TV channel, he said that he believed the United States was attempting to “dismantle the legitimacy of the AKP’s success story, and wear out the party.”

The Obama administration, however, defended the remarks made by Bass. “Let me say that his comments were consistent with the concerns we have previously expressed, including in the annual Human Rights Report. We remain committed to supporting democracy, human rights and fundamental freedoms in Turkey. And when they’re not met, we certainly express our concerns and that’s true in many countries around the world,” Jen Psaki, a State Department spokeswoman, told reporters during a daily briefing July 16.

Those were relatively mild utterances compared with what was to follow. The Israeli ground offensive in Gaza that came right in the wake of an aborted Turkish-Qatar joint initiative blessed by Hamas enraged Erdogan, who was in the middle of a presidential campaign. He lambasted Israel by comparing its behavior to that of Hitler. Speaking before an enthusiastic crowd interrupting his speech by chanting “Down with Israel!” in the Black Sea city of Ordu on July 19, he said: “[Israelis] have no conscience, no honor, no pride. Those who condemn Hitler day and night have surpassed Hitler in barbarism.” Earlier, he also accused Israel of attempting “systematic genocide” against the Palestinians in Gaza.

The same day the Israeli Foreign Ministry in Jerusalem called on Israelis to avoid “nonessential visits” to Turkey in light of the “public sentiment” there.

A day earlier, the Israeli Foreign Ministry recalled the families of diplomats in Ankara and Istanbul following violent protests outside the embassy and consulate in those cities on Thursday night. Israel also decided to further reduce its diplomatic presence in Turkey, which was already small following Turkey's expulsion of Israel's ambassador following the 2010 Mavi Marmara incident.

Rocks were thrown and windows broken during the Thursday night protests, which followed Erdogan's “systematic genocide” comment. In one incident, the Israeli flag was ripped down from the ambassador's residence in Ankara, and replaced with a Palestinian one.

The apology of Prime Minister Benjamin Netanyahu to Turkey over the Mavi Marmara incident, which was achieved thanks to the efforts of US President Barack Obama in March 2013, remained short of expectations of restoring the soured bilateral relations.

Worse, with the Gaza conflict, the relations further deteriorated, this time even adversely affecting Turkish-US relations.

Israeli Prime Minister Netanyahu told US Secretary of State John Kerry that the words of the leader of Washington’s close NATO ally were anti-Semitic. According to diplomatic officials, Netanyahu said that Erdogan's anti-Semitic comments profaned the memory of the Holocaust.

However, an irate Erdogan expanded on his outrage to the United States. saying, “Some Americans ask why Mr. Prime Minister [Erdogan] makes such comparisons with Hitler. What's that to you? You're America, what's Hitler got to do with you?" He accused the United States of defending Israel's "disproportionate" tactics, and bemoaned the failure of the Muslim world to take a stronger stance.

Erdogan’s remarks about the United States were actually a retort to an earlier statement by the State Department’s Psaki. When asked about Erdogan’s comment about the “West assembling a new crusade against Islam,” she flatly rejected it and said, “These remarks are offensive, unhelpful and wrong.”

That is an odd configuration when a prime minister responds to a State Department spokeswoman, but nowadays in Turkey it is a one-man show: Erdogan speaks daily on anything and everything.

The Israeli daily Jerusalem Post, quoting Erdogan, sarcastically commented, “Despite this all, Turkey — ironically — still hopes to have a role in mediating a cease-fire, and Palestinian Authority President Mahmoud Abbas was there over the weekend for talks with Erdogan.”

A further Turkey-Israeli split is apparent in the wake of the Gaza conflict; also, the ever toxic malaise in Ankara-Washington ties.