The White House is requesting that Congress release more money to deal with the crises in Syria and Iraq. 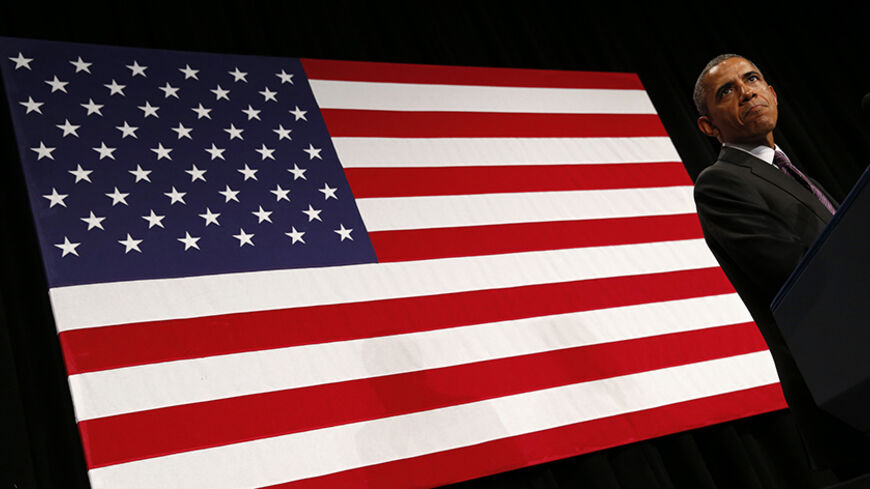 WASHINGTON — The White House on Thursday requested $500 million to help train and equip vetted rebel groups in Syria as part of a $1.5 billion Regional Stabilization Initiative to deal with the growing instability from the four-year crisis.

The request is part of a $65.8 billion request for the special war fund known as Overseas Contingency Operations (OCO) that fills in what had until now been a blank placeholder in President Obama's budget request for fiscal year 2015. The Regional Stabilization Initiative, which must still be approved by the House and Senate, is part of a $5 billion counterterrorism partnership fund that the president announced during his commencement address at West Point last month.

"The administration is requesting $1.5 billion to advance US interests in partnership with Syria’s neighbors — Jordan, Lebanon, Turkey, and Iraq — to promote internal stability and to provide support to communities hosting refugees," the White House said in a fact sheet about the OCO program.

Two-thirds of that would be allocated to the departments of State and Defense for "programs to allow the United States to make investments in Syria’s neighbors to enable them to strengthen internal and border security capabilities and enhance their capacity to manage the pressures created by ongoing conflicts and the stresses on communities hosting refugees." These would include "training and equipment required to improve border security and the capacity of police and counterterrorism units to ensure internal stability" as well as the "growing costs in communities hosting refugees to strengthen the delivery of essential services such as education, health, food, sanitation and water."

"We also intend to ramp up US support to the moderate Syrian opposition," the White House said. "We are therefore requesting $500 million for a proposed authority to train and equip vetted elements of the Syrian armed opposition to help defend the Syrian people, stabilize areas under opposition control, facilitate the provision of essential services, counter terrorist threats, and promote conditions for a negotiated settlement."

Hawkish lawmakers vowed to press their colleagues to vote for the Syrian aid request, even as they decried it as too little, too late.

"That seems to be a reasonable thing to be doing," Sen. Lindsey Graham, R-S.C., told Al-Monitor in a hallway interview. "If there is a [proposal for] reinforcing Jordan and trying to turn things around in Syria, that's a step in the right direction."

Sen. John McCain, R-Ariz., said the money, while welcome, would do little good without a strategy from the administration.

"I would support almost anything to reverse this tide of what's happening," he told reporters. "I'm confident [Congress] would approve the president's request, if they are given a strategy."

Thursday's request was not unexpected. It comes after the Senate Armed Services Committee last month approved, 25-1, an annual defense authorization bill that gives the Defense Department the authority to provide equipment, training, supplies and defense services to assist vetted members of the Syrian opposition.

"I support the president’s overseas contingency operation funding request, including the Counter-Terrorism Partnerships Fund and Regional Stabilization Initiative," committee Chairman Carl Levin, D-Mich., said in a statement. "In light of recent events in Iraq and Syria, this is appropriate spending. The request includes $500 million to train and equip vetted elements of the Syrian opposition, which closely matches language approved by a strong bipartisan majority on the Armed Services Committee during our consideration of the defense authorization bill.”

The policy change would turn the arming and equipping of Syrian rebel groups from a covert CIA operation to a more transparent effort by the Defense Department, allowing for both a larger effort and better coordination with regional allies.

The effort still needs the House and Senate to sign off, however.

The Senate has yet to take up its defense appropriations bill. And while the House passed its spending bill last week with a $79.4 billion placeholder, an aide made clear House lawmakers would vote on the details — including aid to Syrian rebels — as part of reconciliation talks when the spending bill is merged with whatever version comes out of the Senate.

Adding to the obstacles, as Al-Monitor reported back in April: Budget writers on both sides of the aisle have made clear their reluctance to extend OCO funding, which is supposed to pay for the wars in Iraq and Afghanistan and isn't subject to budget caps aimed at reducing the deficit.