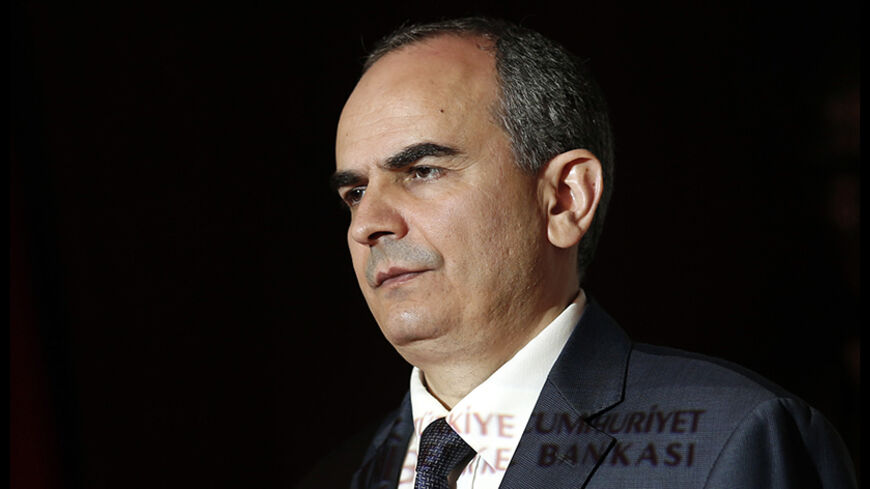 The inflationary trend in Turkey continues. In April, consumer prices went up by 9.38% to reach their highest level of the past two years, while “core inflation” reached 10.05%, the highest figure of the last six years.

The Central Bank Monetary Policy Council met on May 22 in an environment of rising inflation concurrent with government pressure to lower interest rates.

The Central Bank, taking advantage of a slight improvement of market expectations and indicators, lowered the weekly repo interest known as a "political interest" by 50 base points, from 10% to 9.5%.

This was a surprise move, because nobody expected the lowering of interest rates at a time of rising inflation. But the Central Bank opted to please the government with a symbolic reduction, and hence the decision was more political than economic.

But it was not enough to please the government. Following the decision, Prime Minister Recep Tayyip Erdogan voiced incredibly offensive criticism of the Central Bank's governor, Erdem Basci. His first reaction came on the plane on the way back from Germany: “When you increase interest rates, you do by five points. Now you come and lower it by half a point. Are you joking or what?”

Erdogan then responded to claims of "political intervention": “Why should it be intervention? If I'm the prime minister of this country, I'm going to state my views. It is not appropriate for us to be at an inflation level of 9%. At one point, we had pushed down the real interest to zero. So why are we at this level of 5-6% today? Why should this happen? These people are not putting their house in order. I hope they will do that soonest.”

That wasn’t all. On May 27, at his party’s parliamentary group meeting Erdogan continued with his criticism: “This is enough. So what if they are independent? Their time will be up at one point, and we will do whatever is needed to be done.”

The Central Bank's governor is a bureaucrat of the Erdogan government. He was appointed to this position by the Justice and Development Party (AKP) government in April 2011 for a five-year term. That means he will serve until April 2016, and he can only be removed if he “gets involved in business, becomes partners to banks and companies.” Since there is no such allegation, Basci’s post is not in danger.

In that case, what is the prime minister's aim? Since the governor cannot be removed, the only option left for Erdogan is to force him to resign. Although he is legally protected, Basci cannot continue under the heavy barrage of Erdogan’s criticism.

Meanwhile, there is talk of another option to enable the government to be more influential in settting interest policy, which would be to change the structure of the Monetary Policy Council with new legislation, allowing the government to control the council and have it follow the government’s guidance on interest rates.

However, Deputy Prime Minister Ali Babacan continues to back Basci despite Erdogan’s harsh attitude. This is how Babacan defended the Central Bank policies: “Turkey has an open path in front of it. We should, however, be afraid if we start to concede from the main policies, from key principles and start doing things beyond what was promised and described. Our institutions should continue with their missions without ever conceding from their defined tasks and their key principles.”

Interestingly, Babacan was not alone. Minister of Finance Mehmet Simsek, too, supported the Central Bank: “I believe the Central Bank is doing its best and will continue to do so. The Central Bank's independence is one of the most prominent gains of the past 10 years, and is of crucial importance for the future of the Turkish economy. Our Deputy Prime Minister Ali Babacan also spoke about this issue. I share his views."

Simsek said it was essential to bolster the Central Bank in combating inflation: “Factors that affect inflation need a downward trend in the second half of the year. Therefore, neither the IMF nor international credit rating agencies should worry. What is important is not where inflation stands today, but how it will move in 12 months. According to Central Bank forecasts, inflation will start to recede after June."

Now the eyes are on the June 24 meeting of the Monetary Policy Council. If Basci does not resign under political pressure before then, it is highly likely that there will be another decision to lower the interest rate despite the inflation rate increase.

It will not be easy for the “independent” Central Bank to free itself from government influence. Basci, who briefed the Council of Ministers on June 2, was once again firmly told that interest rates must go down. Significantly.