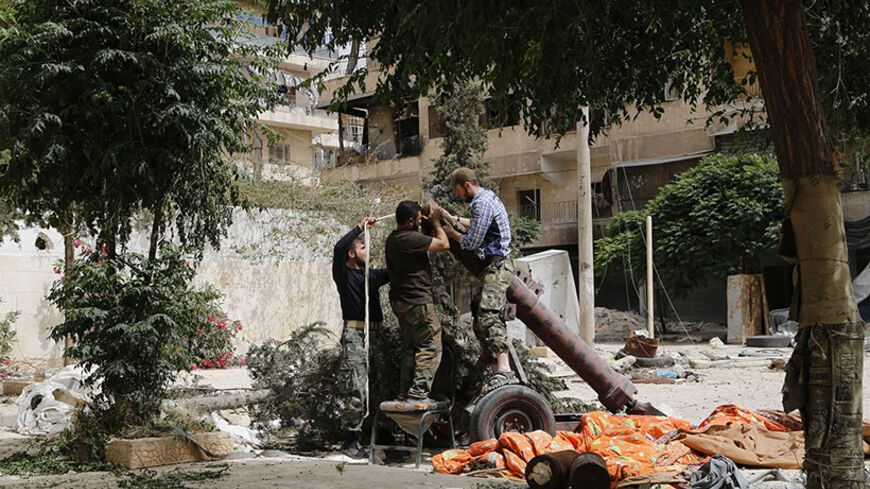 Since the May 2013 Reyhanli bombing — the worst terrorist attack in Turkey, which killed 52 and wounded more than a hundred — the ruling Justice and Development Party (AKP) has held the Syrian regime responsible. Yet, the country’s main opposition Republican People’s Party (CHP) has submitted multiple requests to the Turkish parliament for a thorough investigation into the matter. The CHP has frequently demanded the formation of a parliamentary investigation commission in an attempt to come clean on Turkey’s alleged support for al-Qaeda's franchise groups in Syria. Their proposals have not produced any outcome.

However, in March 2014, Tacan Ildem, Turkey’s ambassador to the Permanent Council of the Organization for Security and Co-operation in Europe (OSCE), became the first high-level Turkish official to claim that Reyhanli was actually an al-Qaeda attack. Ildem’s statement only came after Turkey shot down a Syrian fighter jet on March 23, claiming it violated Turkish airspace. This was just a day before Armenians marked the anniversary of their fallen ancestors in 1915.

Ildem could have been acting on his own personal initiative to save Turkey’s image from a fierce Armenian attack, which held Turkey responsible for atrocities committed in Syria at the hands of radical Islamists. On March 25, the Armenian Bar Association complained to US President Barack Obama in a letter that Turkey’s shooting down of the Syrian jet only helped the radicals take over the majority Armenian city of Kassab in Syria, close to the Turkish border. Although Turkey has been under the spotlight since the early stages of the uprising in Syria for its alleged support of these radical groups, Turkish Prime Minister Recep Tayyip Erdogan has constantly fired back, questioning whether those raising such criticisms are vying for the survival of the Assad regime.

The Council of Ministers stated that its decision to brand Jabhat al-Nusra a terrorist organization is based on UN decisions. This same Erdogan government, however, never adopted US or UN decisions regarding Yasin al-Qadi, the Saudi businessman who was listed in 2001 as a “specially designated global terrorist” for his role as al-Qaeda’s financier. At the time, Erdogan said he knew al-Qadi personally. He would later repeat this assertion — that al-Qadi is a "family friend" — after the surfacing of several audio recordings in the December graft probe, which publicized a talk between al-Qadi and Erdogan’s son Bilal.

This is just one example of Turkey not complying with UN decisions, but since then, Turkey has come under international inquiry for its support of these radical groups fighting in Syria. “Moreover, Turkey chose to stay silent about many developments in the Kurdish-held parts of Syria. The Turkish side perceived the PYD’s [Democratic Union Party]​ political and military establishment adjacent to its border as a threat to its domestic security,” Yasin Atlioglu of Nigde University, an expert on Syria, told Al-Monitor. “The armed wing of the PYD, the YPG’s [People’s Protection Units] joint declaration with the Islamic Front — and therefore al-Nusra — that they bring their forces together to fight against the Islamic State of Iraq and al-Sham, led to serious shifts on the alliances in the field.”

Although Turkey does not admit that its Syria policy and its vision of having zero problems with neighbors failed, there is no end in sight to the radicalization of the Syrian theater. It’s like a free-for-all jihadist camp.

The shift is clear with regard to the Erdogan government’s perception that it knows the Middle East well. It is not that Assad should stay or go — it is a fact of life that Turkey’s calculation of Assad's staying power did not match the reality. Although the United States and Europe were equally dismal in their strategic and tactical approach to the Syrian war, Turkey stuck its neck out due to its geography and Erdogan’s public statements that made the toppling of Assad a state policy.

With the Council of Ministers’ recent decision, Turkey could be signaling a shift in its Syria policy. After all, Ersan Sen, a law professor in Istanbul, told Al-Monitor that the council does not have the right to designate a group a terrorist organization. “[O]nly the court of cassation has the authority to designate a group a terror organization. Unless the Council of Ministers is applying a specific international agreement to its decision, this decision is not binding,” he said.

It is not clear how Turkey is going to act upon this decision. “There are so many Islamic civil movements in Turkey recruiting people for jihad. If Turkish authorities carry an operation against them, or if they freeze the assets and bank accounts of those who are affiliated with al-Nusra in Turkey, carry out arrests and take some serious measures on border security, then this decision will mean something,” Atlioglu said. “Without it, it only looks like an effort to better Turkey’s image in the international arena.”