The recent growth of the Islamic State of Iraq and al-Sham (ISIS) has led to an extensive debate among Islamist groups in Saudi Arabia over the relationship between Salafism and governance. 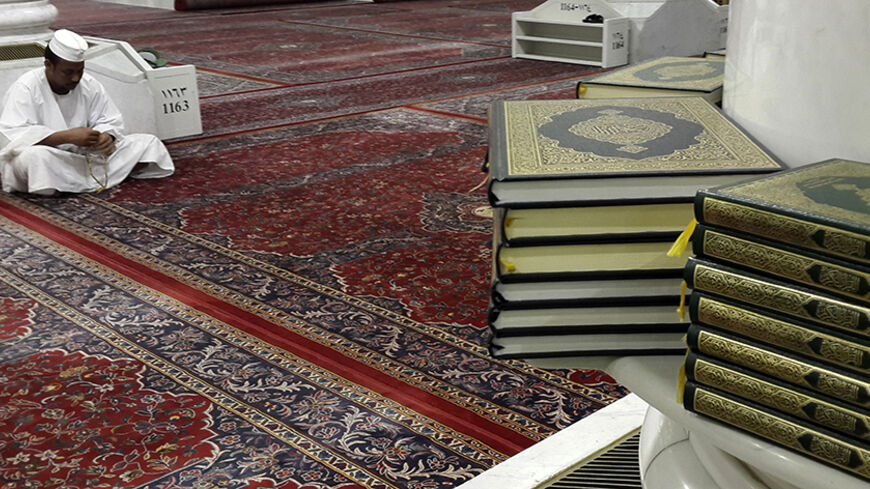 Armed groups like the Islamic State of Iraq and al-Sham (ISIS) are leading to a debate on Salafism in Saudi Arabia; here, a man prays at the Al-Masjid al-Nabawi (the Prophet's Mosque) in Medina, Jan. 16, 2014. - REUTERS/Amr Abdallah Dalsh

The Islamic State of Iraq and al-Sham (ISIS) continues to attract headlines, most recent of which was this week's capture of Iraq's second-largest city, Mosul. Its emergence is not only proving a serious threat to regional security, but also prompting a rethink of the approach of political Salafism. ISIS' implementation of its strict version of Sharia in captured towns in Syria and Iraq has provoked a debate among Islamic thinkers in Saudi Arabia over the feasibility of a political Salafist model for the modern state.

Salafist movements share with ISIS the ideological references found in the books of Ibn Taymiyyah, Ibn al-Qaim and Mohammad ibn Abdel Wahhab. Despite this, Salafist movements have divergent political stances. Some completely refuse all forms of rule that exist in the Islamic world and describe them as apostasy, rendering state employees and soldiers legitimate targets of bombings. Other movements, however, refuse all forms of rebellion against authorities, calling the perpetrators of such acts dissenters whose executions at the hands of authorities are legitimate. In between these two divergent views stand other movements with less extreme stances.

The experience of ISIS in Syria and Iraq has stirred controversy within Saudi Arabia, and prompted discussion about the religious stance toward choice, shura (religious guidance), sovereignty, the concept of allegiance, the legitimacy of authority, and issues related to democracy and its connection to legislation.

The parties engaged in this Saudi debate can be divided into two categories.

The first is a critical, offensive movement believing the experience of ISIS indicates the inability of political Salafism to grasp the concept of the modern state. Advocates of this view believe political Salafism represents a tyranny that must be destroyed. They argue that political Salafism will provide at best a political regime similar to Iran's Khomeini-style system.

The second category is a critical, defensive movement that believes the ISIS experience has been tyrannical and a failure. At the same time, they say this experience has nothing to do with political Salafism. This category presents a different view of the Salafist political legacy, showing how Salafism has respected the will of the people and has focused on the necessity of people accepting their rulers as opposed to rulers being imposed on them. Nonetheless, the proposals of this category are still vague as to who has the right to elect their rulers. Does the circle include all people or is it limited to influential religious figures, known in Islamic political thought as Ahl al-Hal wal Aqad?

The second category also tries to depart from Saudi religious rhetoric by emphasizing the freedom to criticize and peacefully oppose authority, even if this freedom is strictly governed by Sharia.

Abdallah al-Maliki, an offensive critic, belongs to the Islamic Enlightenment current in Saudi Arabia. He recently sparked controversy with his May 11 article in al-Tagreer newspaper criticizing political Salafism, writing that it cannot establish a system of rule that can be held accountable, as it bans and criminalizes all forms of opposition, criticism and protest against authority. Despite the differences among Salafist movements, writes Maliki, from jihadist Salafism to Saudi government loyalists Jamia Salafism, they all refuse and criminalize opposition to authority.

Fahd al-Ajlan, who belongs to Saudi Arabia's new generation of Salafists, holds on to the righteousness of political Salafism. His lengthy May 29 article in al-Tagreer newspaper seemed to be a reply to Maliki. Ajlan, a defensive critic, strongly refuted the official Salafist rhetoric that criminalizes critics of authority, saying this rhetoric contradicts political Salafism and does not represent Salafist political theory. As Ajlan criticized complete obedience to rulers — which pro-modern government Salafist movements preach — he made sure to defend political Salafism, denying Maliki's statement that it establishes tyranny and promotes the oppression of opposition forces.

Ibrahim al-Sakran, a prominent figure of Saudi Arabia's new Salafist generation, wrote a June 8 article in response to Maliki. He concluded that rebellion is more present in political Salafism than in democracy, and that in terms of obedience, the democratic system is more politically conservative than political Salafism.

According to Sakran, the democratic system forbids armed militancy if it violates the constitution and makes way for peaceful change mechanisms only, whereas the Salafist political theory allows peaceful and violent change equally if the ruler violates the texts of the religious constitution. In other words, the Salafist political theory is not one of blind obedience to the ruler, but is rather a rebellious theory, in Sakran's view. This debate shows that Salafist political theory is not a solid one, but a bunch of contradictory sayings of jurists from the Middle Ages. Some sayings forbid resistance and protests, while others consider criticizing power a religious duty. What makes either of both opinions prevalent and dominant during a certain era is the power and influence of those who believe in it, which means the political, rather than the religious factor, has the largest influence.

The dispute between the different parties of the Saudi Islamic movement escalates with every rebellious event in the Arab region. One can say that with every dispute raised over issues of rule and democracy and their relation to religion in the Arab Spring countries, a similar dispute is raised in Saudi Arabia. The Syrian revolution and the chance it gave to jihadist Salafism has prompted many questions regarding theories of authority in Islamic heritage.

This debate about democracy and Islamic jurisprudence in one of the world's most politically conservative countries suggests that the upheaval in the Arab world has at least prompted a thorough domestic discussion on adequate models of political systems, which is a potentially positive development as the region attempts to align Islamic forms of governance with the modern state.