Who are the Kharijites and what do they have to do with IS?

Many Islamic authorities, including Saudi Mufti Sheikh Abdul Aziz Al ash-Sheikh, consider the Islamic State to be an extension of the Kharijites, a group of the first Muslims who rebelled against authority during the early Islamic centuries. 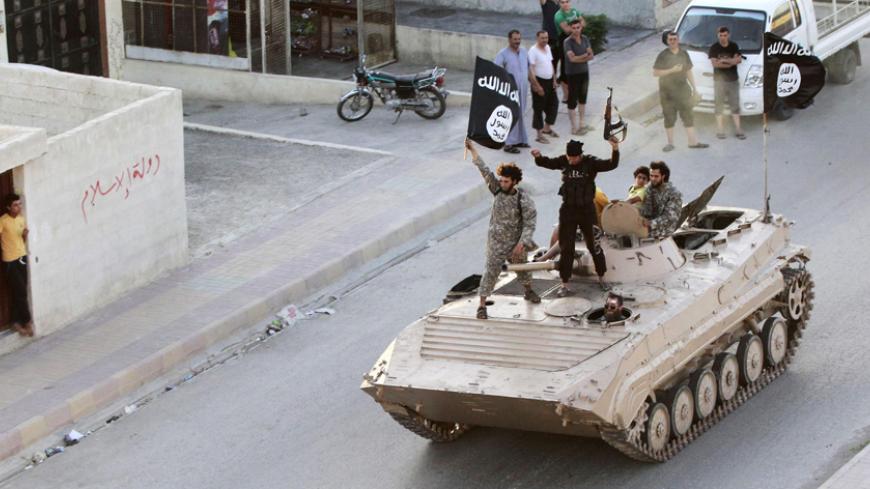 Members of the Islamic State (IS) have often been described as modern-age Kharijites, in reference to the Muslims who rebelled against the ruling powers in early Islamic history. The Kharijite rebellions began in the 7th century, against the Umayyad Caliphate, and persisted against the Abbasid Caliphate.

Salafists such as the grand mufti of Saudi Arabia — who shares IS' religious principles, but not political views — call IS members Kharijites. Notably, these Salafists refused to pledge allegiance to Abu Bakr al-Baghdadi, who surprised the other Salafist movements by declaring himself the caliph of all Muslims. Salafist movements never expressed a serious disagreement with IS until Baghdadi's announcement of the caliphate last June.

Saudi Mufti Sheikh Abdul Aziz Al ash-Sheikh issued a statement in August 2014 calling IS an extension of the Kharijites who "believed that killing Muslims was not a crime, and we do not consider either of them Muslims." Even al-Qaeda, which was, until recently, the most dangerous Salafist jihadist movement in the world, renounced IS for being Kharijites. Jabhat al-Nusra declared in December 2014 that it was waging a war of elimination against what it called “Kharijites,” indicating IS. In a voice recording, Jabhat al-Nusra’s spiritual leader, Sami al-Aridi, said, “The swords that God ordered us to use are many. One of these swords is the one pointed at Kharijites. This group [IS] has provided solid proof that it is Kharijite. Thus, killing them is a religious duty and there is no doubt about it. Whoever underestimates killing them, is underestimating the blood of Sunnis.”

Who are the Kharijites?

The word Kharijite means “those who defected from the group,” referring to the Islamic groups that rebelled against the third and fourth caliphs, Uthman and Ali, and the rulers of the Umayyad and Abbasid caliphates, beginning in 644. These "Kharijites" organized rebellions against Uthman, Ali, Muawiya and other caliphs. Those in opposition to the rebellions called the rebelling groups the Kharijites and accused them of turning their backs on Islam, since the caliphate and its leaders represented true Islam.

The Kharijites first appeared under the reign of the third caliph, Uthman, from 644-656, when they rebelled against the leaders of the Quraysh tribe that controlled both the government and its financial resources. The group called for equality and to end the separation between ruler and parish. They believed that anyone had the right to lead the caliphate, even slaves. They led several revolutions against the rulers, even using violence against women and children to achieve their means.

Most of the Kharijite communities have died out, except for the Ibadis in Oman and certain regions in North Africa, notably in Algeria. These groups were moderate Kharijites who were not known to use violence or start riots.

Why are IS members described as Kharijites?

The similarities between IS and the Kharijites have prompted some to compare the two. Such similarities include: condemning other Muslims, killing children and women, and clashing with other Salafist jihadist groups to secure an exclusive grip on power. IS has dedicated significant attention to fighting Jabhat al-Nusra and the Free Syrian Army, even though they all oppose the Syrian regime. However, in some ways, IS is completely different from the Kharijites. The latter never expressed hostility toward non-Muslims and they never oppressed minorities, as IS has done consistently.

This description of Kharijite is considered to be a politically-motivated, negative labeling of the group aimed at achieving several objectives: first, distancing Salafism from IS, and second, pushing back against the broad acclaim received by the group for promoting global jihad. Salafist jihadist movements were surprised by IS' great growth in such a short time. Hundreds of militants came to Syria and Iraq from across the globe, leaving other Salafist organizations behind to join IS. IS took over vast lands and came to control significant financial resources. It posed a direct threat to Saudi Arabia, as the country is considered the top sponsor for the international Salafist movement.

The truth is, IS is nothing but the complete realization of Salafist jihad, which was born and raised under the auspices of Saudi Arabia decades ago, notably during Afghanistan’s wars against the Soviet Union from 1979 to 1989. IS also embodies the Islamic world's two major extremist movements: the Salafist Saudi movement and the International Brotherhood movement. Salafist Wahhabi extremism merged with the Brotherhood’s political Islam and created the phenomenon of al-Qaeda, IS and other similar groups.