Liberman: Arabs 'must come out of the closet' 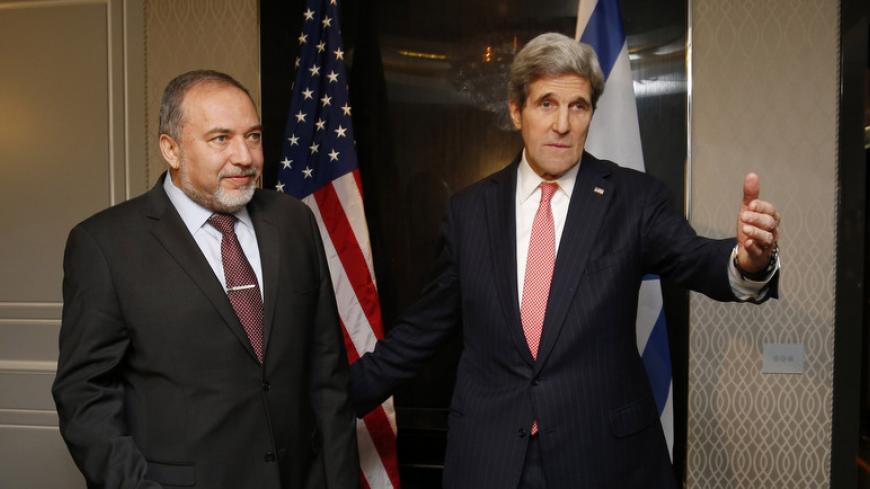 Liberman was expansive in his comments to Ben Caspit:

“Just think about Israel’s technological and scientific know-how joining forces with the Saudi and Gulf financial powerhouses. But the Arab world must come around and understand that it needs to come out of the closet and start talking to us out in the open. I am talking about full diplomatic and commercial ties. The Palestinian problem could be resolved, as could our problem with Arab Israelis.”

Liberman’s initiative taps into a constituency and rationale in Israel for a regionally-based peace effort.

“A far-reaching peace plan presented by the Arab League more than 12 years ago, and more than two years before the unilateral withdrawal from Gaza, is sitting on the government’s doorstep. Israeli soldiers fighting against terrorists who refuse to recognize their right to a state are not war criminals. Israeli politicians who prefer one-sided moves, who perpetuate the conflict instead of ending it, are peace criminals.”

And Mazal Mualem reports on a poll this week, which reveals that while most Israelis are ignorant of the Saudi peace plan, there is the potential for broader support.

Caspit further explains, however, that Liberman’s star turn as peace visionary may be motivated as much by Israeli domestic politics and the Iranian threat as it is by notions of a "new Middle East.

Israeli Prime Minister Benjamin Netanayhu faces a potential governing crisis over his handling of the Palestinian unity agreement and Israel’s sinking ties with the United States, and Liberman may be trying to claim the political center for his eventual own bid for the top job, according to Caspit.

In his speech on June 2, the Israeli foreign minister more than hinted at bringing an end to the now well-reported backroom meetings and contacts between Israeli and Arab security officials for discussions presumably focused on the Islamic Republic, and dealing with the Iranian threat in the open.

Both Israel and Saudi Arabia have been skeptics of the prospects for success of the nuclear talks between world powers and Iran. The stakes of failure are a regional arms race, which is probably already under way. Nawaf Obaid this week presented his outline of a more assertive Saudi defense doctrine. Obaid writes that Riyadh would follow suit if Tehran develops a nuclear weapon:

“Should Iran become a nuclear state, they must follow suit and gain the capacity to defend themselves. As much as one can hope it will not be needed, conceptualizations for such an unpleasant necessity must be part of Saudi future thinking.”

Despite the shared threat from Iran, Caspit sees a catch in Liberman’s logic:

"Liberman ignored one other issue: to wit, that these so-called 'moderate states' on which he is pinning his hopes are playing a double game. Their 'moderateness' notwithstanding, they also fund jihadist organizations such as ISIS (the Islamic State of Iraq and al-Sham) — a radical Islamic terrorist group that is leading the jihadist forces in the revolt against Bashar al-Assad, the Syrian president. Inflaming the spirit of radical Islam, these groups are very prevalent across the Middle East, with ISIS being the most prominent among them. Hundreds of Muslim-European volunteers flock to them, training and joining the bloody war in Syria (or terrorist activities elsewhere). Should they survive, they go back home. One of those who returned home was the terrorist who probably assassinated four innocent bystanders, including an Israeli couple on vacation, at the Jewish Museum in Brussels on May 24. Someone has to explain to the 'moderates' in the Persian Gulf that fighting Assad cannot justify sliding into terrorism and jihad. Growing to full size, these monsters tend to set themselves free, becoming uncontrollable by that point."

Caspit’s caution on Liberman’s plan might inspire a second thought about the best path to regional security.

Al-Monitor has written that Liberman is especially well-positioned by his strong ties to Moscow, which holds the keys of influence with Iran and Syria, to position Israel to benefit from discussions on Syria, which would unavoidably lead to a conversation about Hezbollah.

As this column wrote in February:

“A calming of the situation in Syria would have direct consequences for Hezbollah’s role in Lebanon. You can’t solve Lebanon, or Hezbollah, without solving Syria. Gen. Michel Aoun, head of Lebanon’s Free Patriotic Movement and a key broker of the deal this week that allowed formation of a new Lebanese government, began discussions of a plan to assimilate Hezbollah’s forces into the Lebanese army. This deal could be picked up again, at the right time, and might facilitate progress on development of energy reserves in the eastern Mediterranean, where cooperation is stymied in part because Lebanon and Israel do not have relations.”

US Secretary of State John Kerry opened the door to such an approach this week in Beirut when he said, “I call on them — Iran, Russia, and I call on Hezbollah, based right here in Lebanon — to engage in the legitimate effort to bring this war [in Syria] to an end.”

The future of Hezbollah is critical for any lifting, rather than waiving, of US sanctions in the event of a nuclear deal with Iran. For sanctions to be lifted, Iran must no longer be considered a state sponsor of terrorism by the United States. Iran’s relationship with Hezbollah is decisive in that designation.

There is in principle no downside to Israel reaching out to moderate Arab states for discussions of peace and normalization. This is overdue and all to the good. But the key conversation to be had is about the strategic fault line on Israel’s northern flank with Iran, and that means the future of Hezbollah’s role as an ally and instrument of Iran’s strategic intentions. And that conversation requires a channel from Tel Aviv, via Moscow, Beirut and Damascus.