Israeli Foreign Minister Avigdor Liberman offers a plan for open contacts with "moderate" Arab states to deal with the threat from Iran and in pursuit of an agreement with the Palestinians. 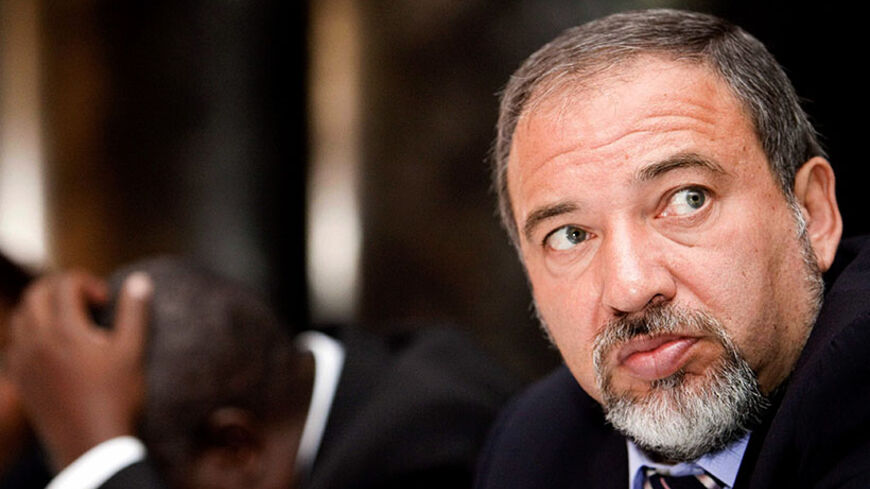 Avigdor Liberman, the Israeli foreign minister, has had quite enough with leading a double life. Addressing students at the Interdisciplinary Center Herzliya on June 2, he threw a curveball: “I have had my fill of secret meetings. The Arab world needs to overcome the psychological barrier. When you meet with them in secret, they talk to you like peers, so you enjoy the conversation. Later on, when you meet them at international venues, suddenly they treat you like the enemy. So I want to make it harder on them. When I speak about diplomacy, its best form is when everything is on the table and out in the open, not in some secret agreements.”

For the first time, Liberman openly hinted at the elaborate web of contacts, encounters and secret relations Israel has fostered with large parts of the Arab world. By and large, these contacts take place with countries that have not even recognized Israel and have never missed an opportunity to smear it or bash its policy. These secret relations have thrived particularly over the last few years, having reached their all-time zenith. Naturally, the engine that drives this phenomenon forward is Iran and its aspirations for regional hegemony, as well as the Sunni-Shiite war that has been raging in the Middle East in the past few years.

Liberman’s statements are reminiscent of what former Mossad Director Meir Dagan once said: Israel is like a mistress, he observed. Everyone meets with her secretly, having a good time. However, no one is willing to be seen in public with her.

So Liberman chose an opportune moment, namely the day the new Palestinian government of technocrats, which also represents Hamas, was sworn in. The very same day when the United States announced that it would work with this government and judge it by its actions. The very same day, when the first stage in the scenario that I outlined in my previous article started materializing, namely that Israel might find itself in splendid isolation, pitted against the whole world.

What could be inferred from Liberman is that he, too, was holding ongoing contacts and ties with senior officials from the Arab world, not just with those whose countries maintain diplomatic ties with Israel, such as Egypt and Jordan. On the face of it, Liberman passes as someone who “devours Arabs.” A relentless extremist, he never misses out on an opportunity to arouse provocation. Yet, those who are intimately familiar with his conduct know that he is acquainted with the Arab world inside out. While dabbling in business, he never shunned meeting with senior Arab figures. In his political and diplomatic capacities as well, he held many contacts with Arab officials, and he still does.

Israel’s intelligence agencies have always maintained professional contacts with their Arab counterpart organizations. Quite a few attempted assassinations and coups d’etat in the Arab world were scuttled thanks to early warnings provided by the Western intelligence agencies to relevant bodies. What is so special about this current era is that these contacts go well beyond meetings just between secret intelligence officials. They include quite a few meetings with high-ranking political figures. In fact, Israel has fostered a sort of a pact with the moderate Sunni countries, the common vested interest being a very simple one: Iran. Consisting of elaborate meetings, including between state leaders, this pact also involves exchange of information between intelligence services, but above all it relates to the heavy and unremitting pressure that Saudi Arabia and other Gulf states have been applying on the United States. Israel — still deemed as the one with the best connections in Washington — is said to be the “facilitator” of this pact.

According to the Israeli foreign minister, “The primary interest of the Arab world today is Iran. The second one is all the Muslim Brotherhood affiliates, including Hamas, the Islamic movement in Israel and al-Qaeda. Fighting these two forces is more in the interest of the moderate Arab countries than it is in ours.”

In his address, Liberman implicitly criticized that Israel has no vision. And that criticism is directed, in the main, at Benjamin Netanyahu, Israel’s prime minister, who tends to react to events rather than initiating or leading them. “Peace in the North American or European sense is something that will take many years to achieve. It is important that every statesman — beyond being a caucus member — have a vision and an ideal to aspire to.”

In his own way, Liberman tried distinguishing himself from Netanyahu — a prime minister who is at the mercy of the radical members of his own Likud Party and who is afraid of setting a clear goal and formulating a vision. By contrast, he — being unfettered by the bonds of the masses — can think on his own and present an explicit and crystal-clear vision.

At this point, Liberman’s speech cannot be translated into action. In terms of upgrading Israel’s relations with the Arab world, there is nobody at the moment to talk to and nothing to talk about. The mistress is the only one who wants to be seen in broad daylight, so most likely she will come out there all alone. Her many suitors will continue to hide from view in the dimmed lights of the boudoir.

But in his remarks, Liberman ignored one other issue: to wit, that these so-called “moderate states” on which he is pinning his hopes are playing a double game. Their “moderateness” notwithstanding, they also fund jihadist organizations such as ISIS (Islamic State of Iraq and al-Sham) — a radical Islamic terrorist group that is leading the jihadist forces in the revolt against Bashar al-Assad, the Syrian president. Inflaming the spirit of radical Islam, these groups are very prevalent across the Middle East, with ISIS being the most prominent among them. Hundreds of Muslim-European volunteers flock to them, training and joining the bloody war in Syria (or terrorist activities elsewhere). Should they survive, they go back home.

One of those who returned home was the terrorist who probably assassinated four innocent bystanders, including an Israeli couple on vacation, at the Jewish Museum in Brussels on May 24. Someone has to explain to the “moderates” in the Persian Gulf that fighting Assad cannot justify sliding into terrorism and jihad. Growing to full size, these monsters tend to set themselves free, becoming uncontrollable by that point. This was the case with the mujahedeen revolt against the Soviets in Afghanistan, the bill for which came in a few years later in the form of one al-Qaeda. There’s no reason why this should happen again.