The advance of the Islamic State of Iraq and al-Sham (ISIS) into Iraq should spur action to bolster moderate Syrian opposition groups against both ISIS and the Assad government. 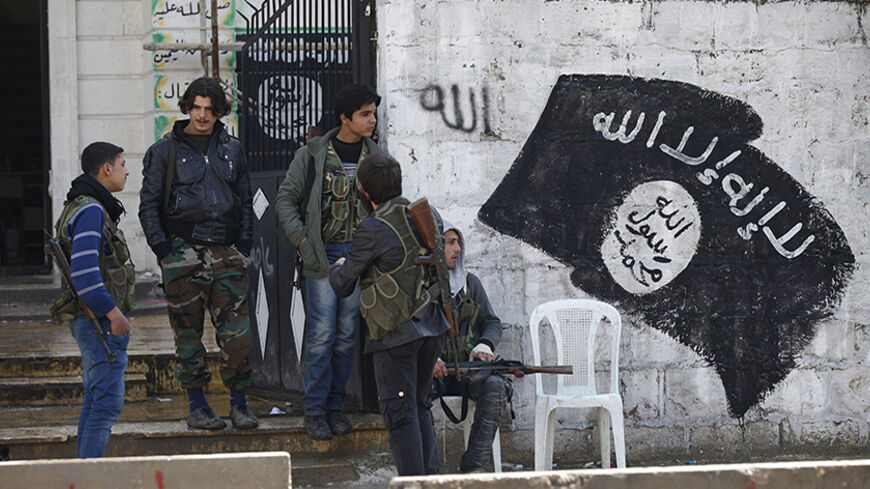 Free Syrian Army fighters stand at a former base used by fighters from the Islamic State of Iraq and al-Sham (ISIS), after ISIS withdrew from the town of Azaz, near the Syrian-Turkish border, March 11, 2014. - REUTERS/Hamid Khatib
Murhaf Jouejati
@@mjouejati
June 20, 2014

Motivation and discipline alone do not explain how several hundred jihadists are able to overrun large swaths of territory defended by tens of thousands of Iraqi troops.

The emergence in Iraq of an Islamic State of Iraq and al-Sham (ISIS)-Sunni alliance should not come as a surprise: The writing was on the wall when Sunni Iraqi tribesmen rose in protest against Prime Minister Nouri al-Maliki’s government. In its recent incursion into Iraq, ISIS was assisted by scores of disenchanted Sunni Iraqi tribesmen reeling from the sectarian policies of Maliki’s Shiite government. Nor is the rapid growth in ISIS’s power surprising: In addition to extortion, ransom money and other illicit activities that terrorist groups usually engage in, ISIS has received significant sums of money from wealthy Gulf donors and attracted thousands of recruits (including American, European and North African jihadists) through its deft use of social media.

That said, ISIS’s rising power is in large part the product of the international community’s inaction toward the crisis in Syria during the past three years. ISIS rose from the ashes of “al-Qaeda in Iraq” (AQI) when the popular uprising against the Assad regime exploded in March 2011. It filled the vacuum of power in areas where Syrian President Bashar al-Assad lost control to the Free Syrian Army (FSA) — army officers and soldiers who chose to defect rather than carry out Assad’s brutal policy of shoot-to-kill unarmed civilian demonstrators protesting his authoritarian rule. Had the international community assisted the moderate FSA during that time, ISIS would not be the powerful terrorist organization it is today. To make matters worse, the international community failed to assist the FSA even when the latter confronted the increasingly powerful ISIS on the battlefield.

Arguably, one of the largest contributors to ISIS’s rising power is the Assad regime. Indeed, the Assad regime assisted ISIS, albeit indirectly, in both human and material terms. Under the guise of a “presidential pardon” early on in the Syrian crisis, Assad ordered the release of hundreds of jihadists his security forces had detained during the US campaign in Iraq. Furthermore, Assad swells ISIS’s coffers by purchasing the oil ISIS extracts from oil-rich areas it controls in Syria’s northeast. Having succeeded in militarizing the uprising, Assad’s security forces have allowed ISIS to flourish in a deliberate attempt to portray the crisis in Syria not as the popular uprising that it was but, instead, a war between a secular government and Islamist extremists bent on killing non-Sunni minorities. Evidence, albeit circumstantial, that the Assad regime deliberately assisted ISIS is provided in that, throughout the crisis, Syrian security forces rarely targeted ISIS positions — save for one recent, minor airstrike against an ISIS administrative building in the town of Raqqa.

Stripped of these exogenous factors, ISIS’s chances for survival are slim: It has no solid support base, either in ISIS-controlled parts of Syria, where “the street” there occasionally protests ISIS’s implementation of its radical interpretation of Sharia, or in Iraq, where the ISIS-Sunni alliance appears to be little more than a temporary marriage of convenience.

Given the momentum ISIS has gained through its recent victories in Iraq, reducing it to size (if not eliminating it altogether) will not be an easy task. President Barack Obama’s dispatch of 300 American military advisers to prop up Iraqi security forces is a good first step — provided it does not alienate Sunni Arab Iraqis. This has to be followed by the formation of an inclusive Iraqi government of national unity — minus Maliki — one that maintains Iraq’s political unity and strips ISIS of its Sunni Arab allies. Furthermore, Gulf states must be persuaded to put in place a robust financial inspection regime that interdicts private Gulf donations to ISIS. Finally, the international community must assist the moderate Syrian opposition in its war against both ISIS and the Assad regime — not by putting foreign boots on the ground, but by significantly and quickly stepping up the training and arming of the FSA. Further inaction on that score will only contribute to ISIS’s aggrandizement, along with the deadly consequences that go with it. Lest one forget, ISIS’s ambitions, including the creation of a caliphate, are regional and global. ISIS will not rest with its successes in Syria and Iraq.

That said, cooperation with Iran must not enter the equation. Evidence that Iran has no intention of cooperating with regional powers in putting out the flames in Iraq is provided by Iranian President Hassan Rouhani’s recent speech in which he calls on Iranians to “defend Iraq’s holy [Shiite] shrines.” A new and enhanced Iranian military intervention targeted at Iraq’s Sunni Arabs as well as ISIS can only exacerbate the sectarian divide in Iraq and further inflame Shiite-Sunni tensions throughout the region. It will also serve to remind the wider Gulf and Middle East region of Iran’s hegemonic ambitions in the Middle East. 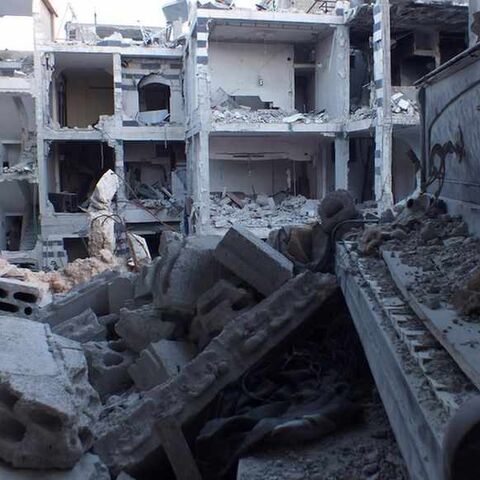 US Military Force Could Promote Diplomacy in Syria