US options for sanctions relief on Iran

According to a top expert on US sanctions against Iran, President Barack Obama can provide significant relief by waiving many penalties and allowing a major piece of sanctions legislation to “sunset” before he leaves office. 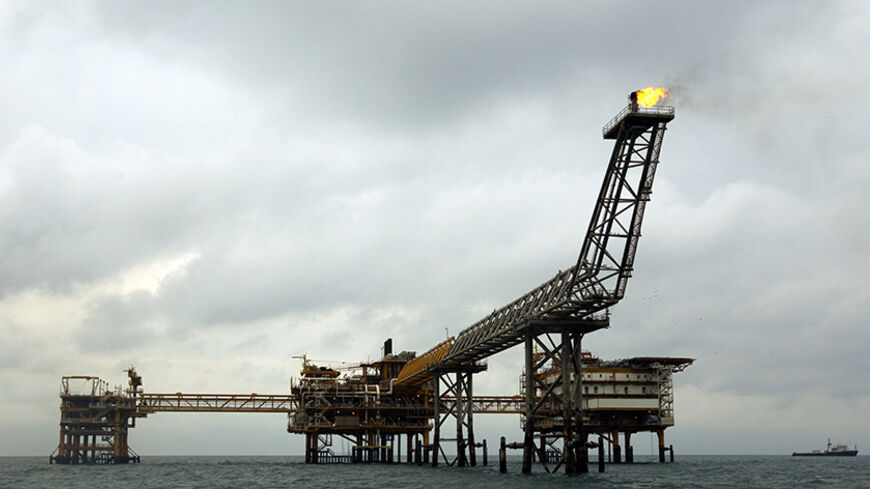 As nuclear negotiations resume June 16 in Vienna, a new paper by a veteran US Iran expert and congressional analyst lays out options for unwinding US sanctions that include initial waivers by President Barack Obama and the 2016 expiration of a key piece of legislation that has impeded foreign investment in Iran’s energy sector.

According to the paper, written by Kenneth Katzman and slated to be presented at an Atlantic Council event along with a companion report on lifting European sanctions, the Obama administration “might decide to allow the Iran Sanctions Act to sunset” when it expires on Dec. 31, 2016, shortly before Obama leaves office. Expiration of the act “would reopen Iran’s energy sector to unimpeded foreign investment and would enable Iran to begin expanding oil and gas production again after many years of stagnation,” notes Katzman, writing in his personal capacity and not on behalf of his employer, the Congressional Research Service. He adds that Congress could vote to extend the act, as it has repeatedly done since the law was first passed in 1996, but the president could exercise his veto authority.

The issue of sanctions relief is a key element in what both US and Iranian negotiators have called a Rubik’s Cube in an attempt to describe the complexity of fitting together verifiable curbs on the Iranian nuclear program with a phased removal of penalties that have crippled the Iranian economy. Katzman's paper could provide a road map both feasible for the White House and acceptable to Iran, whose negotiators have indicated that they do not expect quick action by Congress to repeal sanctions legislation.

Since the 1979 hostage crisis, but especially in the last few years, Iran has been the target of a plethora of US and European penalties. US sanctions include 10 statutes and 26 executive orders alone. Iran has also been penalized in four resolutions by the UN Security Council.

Still, the White House has considerable flexibility in how to apply the US restrictions, especially when it comes to so-called secondary sanctions on foreign entities. The president can revoke or amend executive orders that have not been codified, such as sanctions on companies that purchase petrochemicals from Iran. The president can also waive requirements under the fiscal year 2012 National Defense Authorization Act that have obliged foreign buyers of Iranian oil to significantly reduce their purchases of crude in the past few years. These sanctions have already been eased under the interim nuclear accord Iran signed last fall with the five permanent members of the UN Security Council plus Germany (P5+1). The act allows the president to waive sanctions for 120 days and to continue to do so for an unlimited number of 120-day periods, by certifying to Congress that “such a waiver is in the national security interest of the United States.”

Sanctions on foreign banks that do business with sanctioned Iranian banks — part of another piece of pivotal legislation, the 2010 Comprehensive Iran Sanctions, Accountability and Divestment Act (CISADA) — can also be waived indefinitely if the secretary of the Treasury says that it is in the US national interest and submits a report to the appropriate congressional committees. Without repeal of CISADA, however, many European banks may still be leery of dealing with Iranian financial institutions given the heavy fines imposed on several banks for doing business with Iran in the past.

Even if some of the options outlined by Katzman become part of a long-term deal with Iran, the Islamic Republic will still face sanctions linked to its spot on the State Department’s list of state sponsors of terrorism and its human rights abuses. Most of these laws, however, also include presidential waiver authority.

European sanctions relief is less complicated bureaucratically but intricately tied to American action on sanctions, according to Cornelius Adebahr, an associate at the Carnegie Endowment for International Peace, where he runs the endowment’s Europe program. As Adebahr notes in his report on European sanctions, “Both the imposition of sanctions and their removal require merely one ingredient: the political will of member states.” If the 28 members of the European Union vote to suspend or lift sanctions, that is enough: “The EU’s foreign policy executive does not have to deal with a Congress.”

Adebahr continues, however, “It is crucial that any sanctions relief be synchronized between the EU and the US” because of the way in which the penalties are intertwined and have reinforced each other. Thus it would not be sufficient for the EU to lift its sanctions and expect European companies to resume business with Iran “as long as the specter of liability looms over their activities in America.”

Adebahr suggests that the focus for sanctions relief in a long-term deal be on four specific areas:

Many European sanctions that also have US equivalents are likely to remain in place, namely, the ban on supplying Iran with any technology that could be used in a nuclear or other weapons program, an arms embargo, inspections of cargo and restrictions on dealings with businesses connected to the Revolutionary Guards.

The reports do not address the possibility that Congress will try to reinstate some sanctions in so-called snapback provisions should Iran be suspected of violating an agreement or impose new penalties tied to Iran’s ballistic missile program, support for anti-Israel groups or human rights abuses. Given the degree of congressional suspicion of the Islamic Republic and the influence of powerful anti-Iran lobby groups, long-term sanctions relief will require extensive consultations with Congress by the White House, scrupulous observance of any deal by Iran and a durable US-Iran diplomatic channel to resolve inevitable disputes about the nuclear deal and other issues.