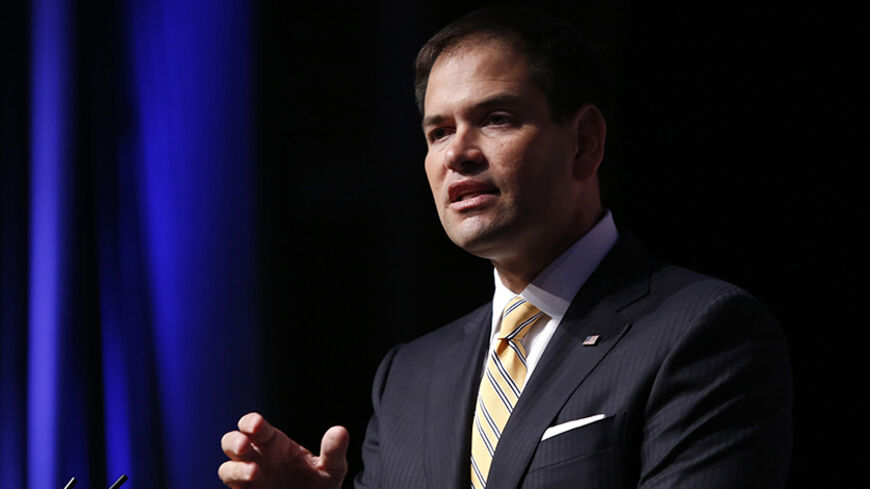 Congress is putting the Obama administration on notice that it has strict expectations for a nuclear agreement with Iran as the July 20 deadline fast approaches.

Some 344 House members — almost 80% of the lower chamber — signed a letter to President Obama on Thursday, telling him he would be "wise" to listen to what lawmakers have to say if he wants them to lift sanctions on Iran as part of a nuclear deal. Meanwhile, in the Senate, two hard-liners filed legislation to slap sanctions on President Hassan Rouhani and the supreme leader, Ayatollah Ali Khamenei, in what's likely to be one of several Iran bills introduced in the next few weeks.

The burst of activity comes as negotiators appeared ready to ask for an extension because they remain too far apart to quickly reach a deal, Al-Monitor's Laura Rozen reported Wednesday. A delay is politically risky, however, as keeping Congress at bay will become increasingly difficult as the midterm elections approach and Republicans seek to hit the Obama administration on national security.

"So far they've been able to rope-a-dope us on" new sanctions, said Sen. Marco Rubio, R-Fla., the co-sponsor of the human rights bill and a potential 2016 presidential contender. "But I hope there will be [renewed attention to Iran], and I think that will only be heightened if [the US and its international negotiating partners] fail to reach a satisfactory agreement, as I expect they will."

Republicans have been chomping at the bit to punish Iran since Senate Majority Leader Harry Reid, D-Nev., made clear in January that he would indefinitely hold up a bipartisan sanctions bill that the White House argues would doom negotiations and could lead to war. The bill, introduced by Senate Foreign Relations Chairman Robert Menendez, D-N.J., and Mark Kirk, R-Ill. — the co-author with Rubio of the new human rights bill — has 60 co-sponsors.

Since then, House and Senate members have introduced a slew of bills attempting to put Congress in the driver's seat. Rep. Trent Franks, R-Ariz., for example, has introduced legislation creating expedited procedures for a congressional resolution of approval or disapproval; in the Senate, Sen. Bob Corker, R-Tenn., the top Republican on the Senate Foreign Relations panel, has a bill that would bar the Obama administration from being able to suspend, waive or otherwise reduce sanctions unless Iran is in full compliance with any final deal.

Thursday's letter from House members takes a different tack, by making it clear that lawmakers believe they have the final say on repealing a slew of sanctions that Iran would like to see lifted, notably on its oil exports.

"As these hugely consequential national security decisions are made, greater cooperation between Congress and the executive branch is essential, given that any permanent sanctions relief demands congressional approval," reads the letter, which was spearheaded by House Foreign Affairs Chairman Ed Rocye, R-Calif., and ranking member Eliot Engel, D-N.Y.

The letter goes on to make clear that many of the sanctions are tied not only to Iran abandoning its alleged nuclear weapons program, but also on progress on other issues that have not been part of the nuclear discussions.

"The concept of an exclusively defined 'nuclear-related' sanction on Iran does not exist in US law," the letter says. "Almost all sanctions related to Iran’s nuclear program are also related to Tehran’s advancing ballistic missile program, intensifying support for international terrorism, and other unconventional weapons programs. Similarly, many of these sanctions are aimed at preventing Iranian banks involved in proliferation, terrorism, money laundering and other activities from utilizing the US and global financial systems to advance these destructive policies.

"Iran's permanent and verifiable termination of all of these activities — not just some — is a prerequisite for permanently lifting most congressionally-mandated sanctions," the letter goes on. "This often unnoted reality necessitates extensive engagement with Congress before offers of relief are made to Iran, and requires Congressional action if sanctions are to be permanently lifted."

Activists who support a deal are worried those requirements could scupper any chance at a diplomatic settlement.

"There is an extreme danger that some in Washington want to block the US. from putting sanctions relief on the table necessary to secure a strong nuclear deal," National Iranian American Council (NIAC) policy director Jamal Abdi said in a statement in response to the Royce-Engel letter. "Blocking a nuclear deal because of inflexibility on sanctions relief would completely undermine the rationale that led many in Congress to support the sanctions in the first place."

Instead, NIAC and 25 other organizations have written to Royce and Engel urging them to make clear that they're not against sanctions relief.

Even without congressional backing, the administration may be able to move forward with some limited sanctions relief. According to a recent analysis by congressional expert Kenneth Katzman, President Obama could for example exercise his veto power if Congress decides to renew the Iran Sanctions Act when it expires in 2016.

A number of lawmakers however are already moving to tighten sanctions, not loosen them.

The Kirk-Rubio bill, for example, in addition to calling for visa bans and asset freezes against key members of the Iranian government would extend existing sanctions laws to people who do business with human-rights violators identified in the legislation. Meanwhile, according to Foreign Policy, former Kirk staffer Richard Goldberg and Mark Dubowitz, executive director of the pro-Israel Foundation for Defense of Democracies, have rolled out a proposal that calls for keeping controls in place on how Iran can spend its oil revenue as long as it's considered a state-sponsor of terrorism.