Although Hamas has officially handed the reins over to a new consensus government, it maintains power on the security level. 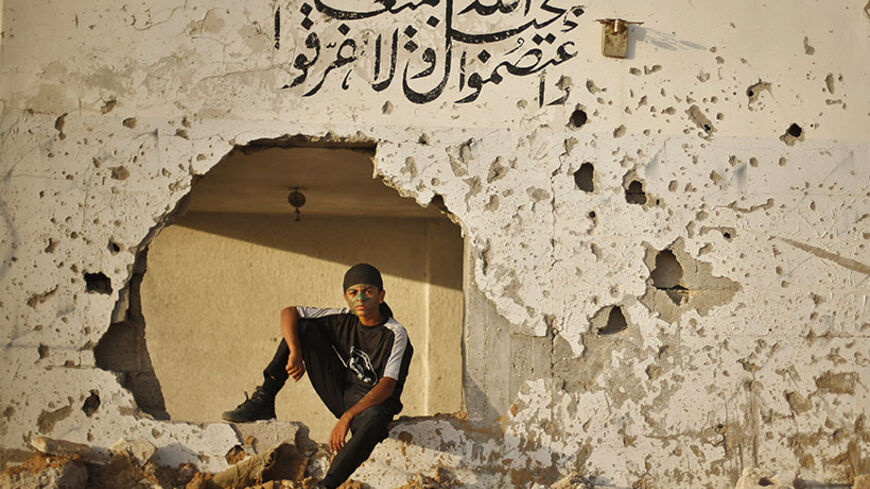 GAZA CITY, Gaza Strip — After seven years in power, Hamas has handed over its government in Gaza to the unity government headed by Rami Hamdallah in accordance with the reconciliation agreement signed with its political rival Fatah. However, the movement did not waive its security control of the Gaza Strip.

The crisis caused by the security agencies of the former Hamas government, after they closed Gaza’s banks for several days and prevented government workers from making any financial transactions, has showed the strength of the security services and their ability to maintain control on the ground in the coastal strip.

The security services continue to control the border crossings such as the semi-closed Rafah border crossing that links the Gaza Strip to Egypt as well as the Erez crossing between Gaza from Israel and the West Bank. This situation forces travelers and visitors to register twice upon their arrival to the Palestinian side, once in the Palestinian Liaison Office of the Palestinian Authority (PA) and again at the security checkpoint of the previous Hamas government. Hamas is also in control of the Kerem Shalom commercial crossing.

The internal security services in Gaza arrested prominent Fatah official Arafat Abu Shabab as he was returning from Egypt via the Rafah crossing on June 3 after the Hamdallah government took the constitutional oath before President Mahmoud Abbas in Ramallah.

A source in the Hamas leadership explained that the movement would not give up control over the Gaza Strip with such ease and speed, and that its influence will continue despite the formation of a national consensus government and the handing over of official ministries.

“Hamas is not ready to expose its political project to risk and to hand over the power that it has built over seven years just because of an agreement on a government whose ability to survive is yet to be revealed,” the source told Al-Monitor on condition of anonymity.

The Cairo agreement for the Palestinian reconciliation and the subsequent agreements between the two movements stipulate the need to keep the security services in the Gaza Strip unchanged until after the legislative and presidential elections. The agreements allowed only 3,000 figures in the traffic police and civil defense to return to Gaza, letting Hamas preserve its security control and impose its conditions without letting the PA undermine them.

Nihad Sheikh Khalil, a lecturer at the Islamic University of Gaza, confirmed that the Palestinian unity government headed by Hamdallah is hesitant to take the reins in the Gaza Strip, ensuring Hamas’ continued control of Gaza’s security.

Khalil told Al-Monitor, “Hamas will preserve its presence in Gaza. The fact that it is not in power does not mean the end of its presence in the Gaza Strip. Hamas has the security services, according to the Cairo agreement, and it still holds the majority in the Legislative Council, which enables it to impede anything it wants in the government.”

Hamdallah said in an interview with The New York Times that he does not have control on the ground in Gaza, and that restoring unity between the West Bank and the Gaza Strip may take years.

The same Hamas source said, “The Izz ad-Din al-Qassam Brigades are the main source upon which Hamas relies to impose its control. [Hamas] is the actual security ruler in the Gaza Strip and no political agreement will be able to eliminate this power, which is the main reason behind the popularity of Hamas today.”

“Hamas was forced to hand over the government in the Gaza Strip after the tight siege imposed on it. Thus, it was no longer responsible before the Palestinian citizen to provide a living, open the crossings or introduce basic materials, but we are still in control without being in power,” he said.

Al-Monitor learned from eyewitnesses that police forces have recently banned cafes along the beachfront in the Gaza Strip from serving hookahs to women without any law preventing such service.

Ismail Haniyeh, the deputy chairman of Hamas’ political bureau and former head of Gaza's government, said May 27, before handing the government, “Even if we are out of the government, we are still ruling, and we stick to our national responsibilities and our effective participation in the making of its future. This country belongs to everyone, and we should all be involved in its construction.”

Another Hamas source explained that in the event the transition to the unity government goes smoothly, restores unity to the ministerial institutions and manages to provide financial support to cover the bill of the government employees' salaries, Hamas control over Gaza would automatically end.

He told Al-Monitor on the condition of anonymity, “Hamas does not want to remain the actual ruler of the Gaza Strip, but we do not want the return of security coordination. We do not want the PA’s security apparatus to return to penetrate the community and arrest our members, as is the case in the West Bank."

"The administrative and financial burden of the Gaza Strip is now assumed by President Abu Mazen [Abbas], who is still reluctant to shoulder his responsibilities toward the Gaza Strip. Therefore, Abu Mazen and his government are now without effective control on the ground."

As Hamas hands over the government in Gaza to Abbas, it still wants to control the Gaza Strip, and it is looking to Hezbollah in Lebanon as an example. It does not want to be the actual ruler and make decisions, but it does want to be able to deter any decision not in its favor or inconsistent with its policies and philosophy.