The Hamas-Fatah crisis in the Gaza Strip has reached a stalemate, with Hamas hesitant to take control of the Gaza Strip and risk being accused of undermining the Palestinian unity government. 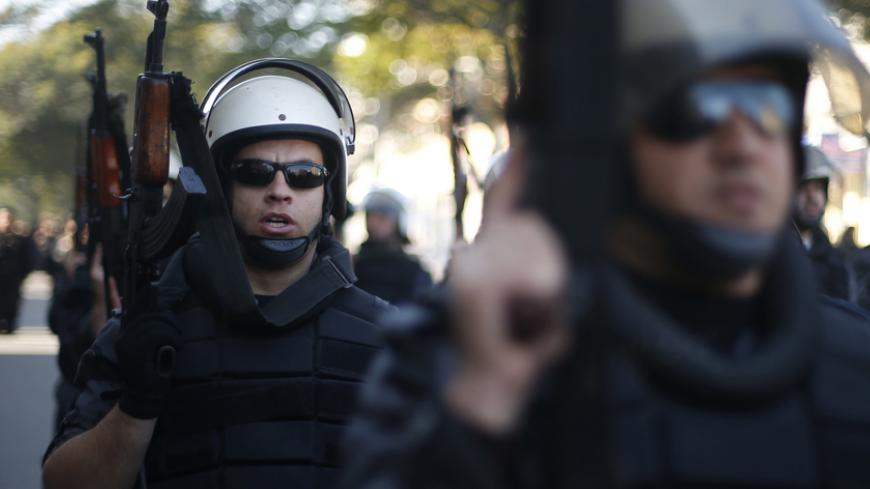 GAZA CITY, Gaza Strip — The Palestinian government formed by the Hamas and Fatah movements and led by Prime Minister Rami Hamdallah is standing still, the two movements' differences over the government’s control of the Gaza Strip and the escalation of statements unresolved. Each party accuses the other of failing to solve Gaza’s problems, manage the reconstruction process and lift the siege.

Hamas does not hesitate to accuse the Hamdallah government of discrimination, considering it an “executive tool” in the hands of President Mahmoud Abbas. In a number of statements, the movement has threatened to look for alternatives to replace the government in Gaza, but did say Jan. 17 that it will “give the government a chance to work.”

Hamas spokesman Sami Abu Zuhri said in a media statement on Jan. 24, “The consensus government is just a tool in the hands of Abbas. Hamdallah needs to tell the truth, visit Gaza and resolve all of its problems, including that of the employees. If he fails to do so, he needs to return to [An-Najah National University, where he is president], as he has betrayed and disrespected the trust that was placed in him when he handled the employees and left them to starve.”

For its part, the Fatah movement has accused Hamas of obstructing the government’s work in Gaza and preventing it from managing the border crossings. The accusation has reached the point of accusing Hamas and the Gaza Strip of being a “rebellious region.”

In a Jan. 27 interview with Fatah’s al-Awda TV, Central Committee member and head of the Fatah reconciliation delegation, Azzam al-Ahmad, said, “Hamas wants a [weak] government that provides [the movement] with money and a political cover for the crisis it is going through.” Ahmad added, “I was among those who called for the declaration of the Gaza Strip 'a rebellious region' and I am still convinced that it is as such, not because of Gazans, but rather because of the forces that are governing them.”

Hamas is demanding that the employees from its government in Gaza be considered civil servants of the Palestinian unity government and be paid their monthly salaries. The Hamdallah government and Fatah have rejected these demands so far, for political and financial considerations.

Fatah is demanding that Hamas workers evacuate their positions, for senior Fatah staff to return and for new employees to occupy the vacated positions.

A Hamas leadership source told Al-Monitor on condition of anonymity that the situation of the Palestinian government will remain unchanged as long as the staff issue is unresolved and the workers are not included in the government structure. He said, “Hamas will not give up its employees at any cost. The government will either cooperate with the existing employees and include them in its lists of civil servants, or it will not be able to work freely in the Gaza Strip,” adding, “Abbas seems to be looking forward to abandoning his responsibility in the Gaza Strip. He is waiting for the right moment to announce it, given that he was not convinced of reconciling with us. We will not give him any chance, and we will not form any alternative government.”

The staff question is one of the most prominent issues obstructing the government’s work in Gaza. Other important stalemates include the siege on the Gaza Strip and the reconstruction process following the recent war. This process has almost completely halted since UNRWA suspended its aid due to lack of funds.

Mukhaimer Abu Saada, a professor of political science at Al-Azhar University, said there are no clear answers regarding the future of the Hamdallah government in the Gaza Strip. He explained that the issue is related to regional changes. He told Al-Monitor, “There are no prospects for a solution to the Hamas-Fatah crisis. The employees’ salaries may be the main dilemma, but even if this file is resolved, other new crises will emerge given the unstable regional situation.”

Abu Saada added, “In addition to the Israeli and US vetoes, there is an Arab veto on the Hamas-Fatah reconciliation. There are Arab parties unwilling to see Hamas out of its political and financial crisis.”

A Fatah source told Al-Monitor on condition of anonymity, “Hamas is benefiting the most from the current situation in the Gaza Strip. It is still governing Gaza without being officially responsible for it under the presence of the unity government. This is while the government is bearing responsibility for the deteriorating situation.”

He added, “Hamas cannot be given everything it desires for it to get out of its current political and financial situation. At the same time, the government is unable to make any achievements in any of the files. Hamas will continue to take advantage of the obstruction of the reconstruction file and the opening of the crossings — particularly the Rafah border crossing — to alter its stances.”

Gazans resent the difficult reality that preceded the formation of the reconciliation and unity government, which is harder for them than the years-long siege under Hamas rule.

Another Hamas source told Al-Monitor on condition of anonymity, “Hamas is trying to contain the significant pressure on the Palestinians in the Gaza Strip. Yet, it is waiting for the changes that will be brought about in the Arab countries, particularly in Saudi Arabia and Egypt. [These changes] will be an important factor in shifting the equation with Fatah.”

It seems that there are no immediate prospects for a solution to the current Hamas-Fatah crisis to enable the government to work in the Gaza Strip. Hamas will not take the risk of retaking control over Gaza, in light of the agitated Arab world and the movement’s unwillingness to be responsible for the failure of the reconciliation agreement that remains ink on paper.