Israel’s ties to the European Union still are complicated by settlement policies. 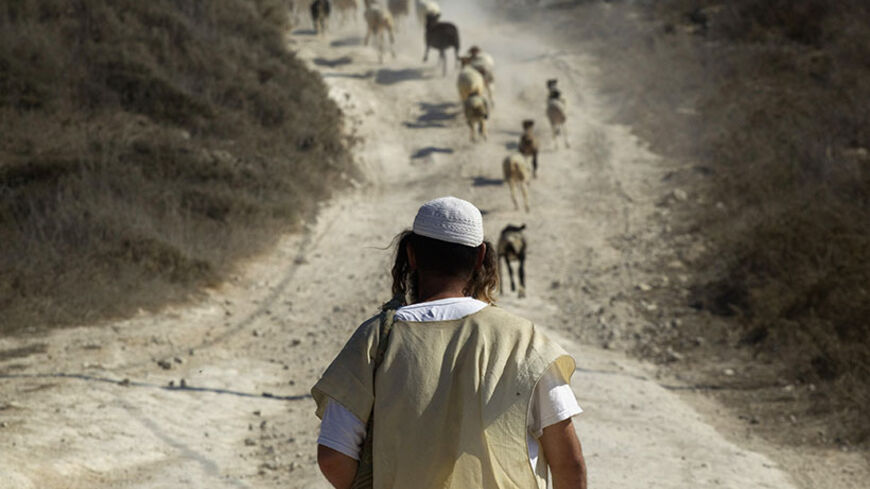 At a seminar hosted by the Geneva Initiative on June 27, the European Union’s ambassador to Israel, Lars Faaborg-Andersen, said that EU member states "are losing their patience with concerns not being treated" by Israel. The ambassador was referring to warnings published in France, Spain and Italy about maintaining economic ties with Israeli companies operating in the occupied territories.

On July 4, 2013, I published an article here titled, “EU Loses Patience with Israel.” That was after the European Commission published directives stating that any Israeli organization asking for funds, for the right to participate in a project or compete for EU grants or prizes must first declare that it has no ties to settlements in the West Bank, East Jerusalem or the Golan Heights.

At the same time, in early July, Justice Minister Tzipi Livni expressed herself in the same way. Livni, who's responsible for the diplomatic process with the Palestinians, told the audience at an accountants’ conference in Eilat that in Europe, “Israel is seen as a colonialist state. Therefore, it won't stop at the settlements, but [will spread] to all of Israel.”

Livni’s dire prediction was never fulfilled. “The diplomatic process” saved Israel, as it always does. A few days after the EU’s foreign ministers — led by the foreign ministers of Britain and France — planned to release a sharp statement condemning construction in the settlements and declare Israel responsible for the failure of the negotiations, US Secretary of State John Kerry announced the resumption of negotiations with the Palestinians. Prime Minister Benjamin Netanyahu was quick to caution the EU’s High Representative for Foreign Affairs and Security Policy, Catherine Ashton, that releasing such a statement would interfere with Kerry’s efforts to advance the negotiations. The staff of the Ministry of Foreign Affairs in Jerusalem then chastised the European ambassadors in the country, saying that the EU is focused on promoting crises with Israel, instead of focusing on ways to further the negotiations.

Ashton was able to soften the position of the British and the French with the help of German Chancellor Angela Merkel. In December 2013, just a few months after the negotiations began, the EU decided to try a new tactic. It put aside the sticks and offered Israel and the Palestinians a huge carrot instead. The EU announced that if the negotiations end successfully, Israel and the future Palestinian state would see their relationship with Europe upgraded to a “Special Privileged Partnership” status, the highest status given to any state that is not a full-fledged member of the EU. This upgrade was intended to increase Israel’s accessibility to the European market and improve its diplomatic dialogue and security cooperation with 28 countries in Europe. At the same time, it would have opened new horizons for cultural and scientific links between Israel, Palestine and most of the countries in the neighboring continent.

As we all know, the negotiations ended in deadlock. The settlements kept swelling, but Europe continued to offer Israel carrots. On June 8, Israel’s Minister of Science, Technology and Space Yaakov Peri signed an agreement with the head of the EU delegation, Faaberg-Andersen, by which Israel joined the European research and development project “Horizon 2020.” The festive signing ceremony was held in the presence of Netanyahu and President of the European Commission Jose Manuel Barroso. Horizon 2020 is one of the biggest collaborative projects in the fields of science and industry anywhere in the world. Peri said at the ceremony, “The agreement is conclusive evidence of the power of Israeli science.”

It would be more correct to say that the agreement is conclusive proof of the weakness of Europe’s foreign policy. Year after year, the Israeli public hears that Europe is losing its patience. Time and again, the media reports on yet another protest by the European states against the release of more tenders for new construction in the settlements. The people sitting in Tel Aviv’s cafes are constantly hearing the call, “Wolf! Wolf!” but the European wolf is turning out to be a sheep.

On June 29, I spoke with Sven-Eric Soder, former secretary of state in the Swedish prime minister's office and now head of the Folke Bernadotte Institute. In an interview he gave during the major Swedish political conference on the island of Gotland, Soder recommended that Israelis should not pin all their hopes on the EU's weakness and the lack of consensus between its member states. According to Soder, the global economy and the digital revolution weakened nation-states and their administrations, so that it is no longer possible to rely on traditional diplomacy or relationships between governments.

Soder frequently visits Israel and is intimately familiar with its politics. He points out to Israelis that in 1995, Swedish consumers decided to boycott French wines to protest France’s nuclear tests in French Polynesia. The sale of those wines in Sweden plummeted 40% as a result, “and that was before the rise of social media.”

According to Soder, “Public opinion, consumers and businesses are acting more and more in accordance with their beliefs. Every customer who stands before a shelf of products in a store makes an independent, educated decision. The European consumer asks, 'Will I purchase hand cream manufactured by "Ahava," a company based in the settlement of Mitzpeh Shalem, or will I buy it from "Body Product"? Will I get fresh figs from Avniv, knowing that they were grown in the Netiv HaGedud settlement, or will I get my figs from South Africa instead?'"

Even if the European wolf continues to act like a sheep, Israel cannot ignore the elephant in the center of the room forever — that is, the settlement enterprise that tramples every chance to achieve peace.