A three-part plan for US-Egypt ties

A member of the Senate Foreign Relations Committee offers a blueprint for rebuilding the US-Egyptian relationship after the election of President Abdel Fattah al-Sisi. 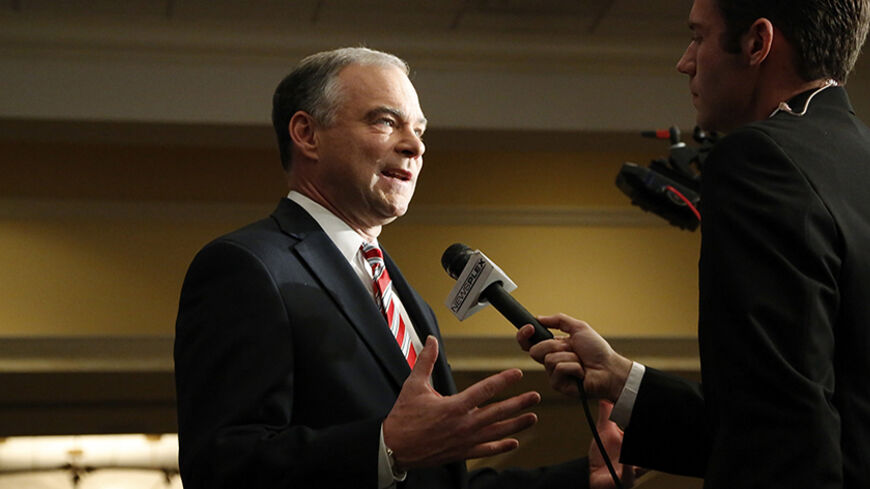 Then Democratic Senate candidate Tim Kaine does a series of interviews at his Election Night party during the US presidential election in Richmond, Virginia, Nov. 6, 2012. - REUTERS/Jonathan Ernst 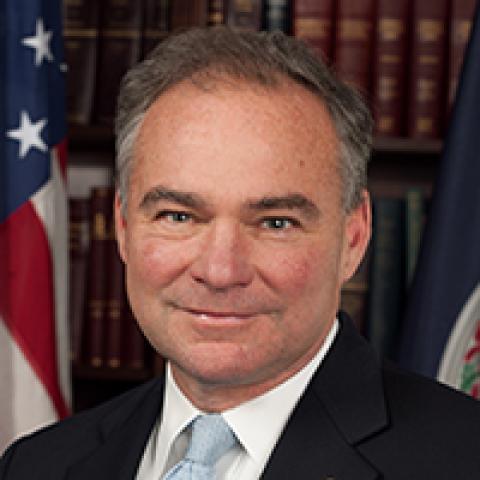 I met the former field marshal in February during my first trip to Egypt. On that trip I discovered that Egypt’s citizens are locked in a debate over whether last summer’s events were a move forward on the path to democracy or a step back to authoritarianism. As a US senator who understands the value of a strong US-Egypt partnership, I view the current chapter in Egypt’s history as an opportunity to put the country on a positive trajectory, and a chance to mend the relationship with the United States. Former President Mohammed Morsi wasted a historic chance as Egypt’s first democratically-elected leader by placing himself above the law, alienating a large percentage of the Egyptian population, excluding political opponents from politics and tearing at the fabric of a society that sees itself as Egyptian first.

The only way Egypt’s next president can put Egypt back together is with bold and courageous policy initiatives that clearly demonstrate Egypt is moving forward on the path to democracy. Absent some combination of the following moves, I fear more chaos in Egypt and a continued US-Egypt relationship adrift.

First, Sisi should narrow the definition of terrorism and announce ambitious security sector modernization. Egypt is facing a real terrorism threat, but labeling everyone who disagrees with you a terrorist is not the answer. In fact, it’s counterproductive and drives peaceful dissenters to violence. At the same time, Sisi should announce ambitious security sector reform. For too long an overly brutal security service has fractured the relationship between the Egyptian state and its citizens. Sisi must commit to an atmosphere of dignity that creates a stable environment while not being oppressive. Egyptians must be able to assemble peacefully, and voice opposition to government policies without fear of arrest and torture.

Second, Sisi needs to get his politics right. Two Egyptian presidents have fallen in the past three years practicing exclusive politics. A repressive campaign environment, with the senseless jailing of journalists, and dramatically lower than expected voter turnout in the latest presidential election, is a bad start. To change the momentum, Sisi should release political prisoners, including all uncharged American citizens, pardon nongovernmental organization workers convicted under Morsi and invite all Egyptians who renounce violence back into the political process. The fact that a substantial number of Egyptians who supported ousted President Morsi have no political outlet is a problem. A strong Egyptian president should have no problem genuinely extending a hand to all Egyptians interested in participating peacefully in politics, particularly before the parliamentary elections.

Once this move is made, the United States should aggressively support the Egyptian government’s efforts to combat those who choose violence. There should also be an accompanying pronouncement for the protection of women’s and minority’s rights by the incoming government and the announcement of a truth commission to investigate the violence at the Rabia al-Adawiya protest camp last August. The results of the investigation should be made public and hold accountable all responsible for violence.

Third, Sisi needs to get the economy right. For decades, the state has not been able to create jobs at pace with Egypt’s youth bulge mostly because of a bloated subsidy program for energy and food. Egypt is suffering from budget and trade deficits and poor infrastructure. The economy is being propped up by Gulf states on a month-to-month basis, but soon these allies will start asking for a real economic plan. Sisi must pursue difficult but practical reforms, and engage the international financial institutions, his Gulf partners and the United States in a coordinated way. Sisi also needs to create a business-friendly environment to invite investment and tourism to return.

These are some ideas that I believe could help resuscitate the stale US-Egypt partnership. I want it to work. When I was in Egypt in February, I also realized that US policy was trying to adjust in real-time as the democratic struggle in Egypt plays out. For its part, the Barack Obama administration needs to clear up internally what it wants from the relationship and set out a clear path for a 21st century US-Egypt relationship that protects our interests and is consistent with our values. That should include a shift for future military spending from the purchase of conventional big-ticket items to counterterrorism and counterinsurgency equipment and training. On economic support, the administration should focus its assistance on programs that help Egypt build a middle class, whether that’s small business development, education, water or infrastructure.

Ideally, Egyptians will organically develop a third political option, and not be stuck with the same old choice between the statist establishment and the Muslim Brotherhood. And if the incoming Egyptian government does not like this new blueprint, then the United States should have the patience to cooperate on a tactical basis on issues of mutual interest, but wait for Egyptian leadership that truly wants to work for the betterment of its citizens.