Egypt’s new Law of Oration has stirred conflicting opinions, as some consider it a government attempt to control religious discourse, while others argue it aims at limiting the use of religion for political reasons. 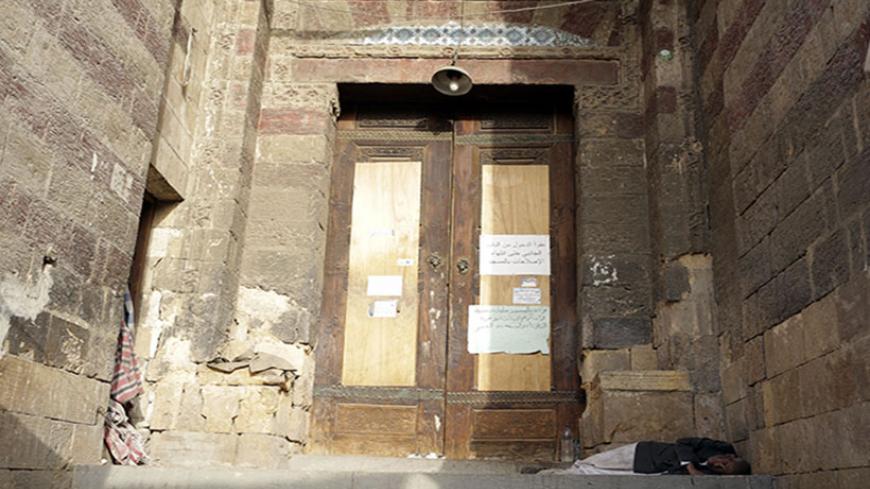 Enforcement of Egypt’s new Law of Oration, which regulates Friday sermons in mosques, shut down hundreds of small mosques with unlicensed imams in Egypt. Moreover, dozens of citations were issued against imams who took the pulpit in mosques without a permit.

The law stipulates that religious oration and lessons be limited to Al-Azhar graduates who hold a permit from the Ministry of Endowments. Any person violating the law will be imprisoned for up to one year or fined up to 50,000 Egyptian pounds ($7,000).

The newly introduced law faced criticism. Following are some of the main censures:

The state’s monopolization of religious discourse

Amr Ezzat, a researcher with the Egyptian Initiative for Personal Rights (EIPR), told Al-Monitor that the law was one cycle of the state’s efforts to monopolize religious discourse. This threatens the freedom of belief and religious and confessional pluralism in Egypt, especially given the unified Friday sermon imposed by the Ministry of Religious Endowments on mosques.

Meanwhile, Ahmad al-Bahi, one of the founders of the Imams without Restrictions movement, told Al-Monitor that it was inevitable for the state to take over religious discourse and distance it from politics and incitement to violence, even if that meant taking relatively dictatorial measures. He added that the law triumphs over the Muslim Brotherhood’s radical religious discourse in many mosques that were under their control. The Brotherhood had adopted a provocative discourse to push for violence and sectarian strife and used religion to promote certain political stances, he said.

Muhammad Abdel Razek, the undersecretary to the Ministry of Endowments for Mosque Affairs, told Al-Monitor that requiring a permit for oration does not eliminate religious pluralism. Many sheikhs affiliated with the Salafist currents and with other sects and movements are Al-Azhar graduates and can apply for a test in the Ministry of Endowments or Al-Azhar to obtain the permits.

In this context, it is noteworthy that Bahi previously told Al-Monitor his fears that security forces would interfere again to approve some preachers and dismiss others, as was the trend in Hosni Mubarak’s era.

Abdel Razek said that the Ministry of Endowments would not allow using mosques for religious discourse in any political battles, and that mosques were designed for the adoration of God and nothing else.

“[The law] aims at dealing a blow to the religious currents with the nearing parliamentary elections,” Ezzat said.

Bahi disagreed. He said that the timing of the issuance of the law was not related to the nearing parliamentary elections or intended to deal a blow to the Salafist Call (the religious institution followed by most of the leaders of the Nour Party). Bahi said the timing was related to the stability of the political and security situation, although Abdel Razeq said the law had to come out before the parliamentary elections to limit the use of mosques for political propaganda serving one party or candidate.

The Salafist Call and Nour Party members issued conflicting statements about the law. Some completely refused it, others diplomatically rejected it, while a third group asserted its respect for this law. Al-Monitor tried to contact Abdul Menhem al-Shahat, spokesman for the Salafist Call Organization, but he did not respond.

Bahi said most imams are satisfied with the performance of the Ministry of Endowments because it is removed from politics and is supervised by the holy Al-Azhar Mosque. Moreover, it is the most trustworthy party to ensure that religious discourse is independent of politics.

“Al-Azhar is responsible for preaching affairs, according to the current Egyptian Constitution, and everybody is waiting for the upcoming parliament’s approval of a number of laws that regulate Al-Azhar’s right to directly supervise preaching affairs and reinforce the constitution,” Ezzat of EIPR said.

“Even before approving these laws, ever since Mubarak’s days, there has been an implicit agreement between the state and Al-Azhar to grant the latter the right to oversee the Ministry of Endowments, imams and preachers, as well as the affairs of mosques. Among the proof that this [unofficial] agreement exists is that the Grand Imam of Al-Azhar always chose the minister of endowments, except during the days of ousted President Mohammed Morsi,” Ezzat said.

“Al-Azhar’s supervision for the affairs of mosques and preaching does not mean that its religious discourse is independent. Al-Azhar itself is not independent and follows the state and its inclinations, since its budget is part of the state’s. Moreover, Al-Azhar was not far from the political scene. Case in point, Al-Azhar participated in the meeting that [President] Abdel Fattah al-Sisi called for before Morsi’s ouster, during which support for the June 30 Revolution was declared and so was Morsi’s deposition,” he continued.

We can say that the law was important to limit the phenomenon of some sheikhs inciting violence and discrimination. But the law was criticized for the following reasons: