The upcoming retirements of two key Western officials and the possibility that Republicans may take over the US Senate might contribute to a sense of urgency to reach a nuclear deal between the P5+1 and Iran. 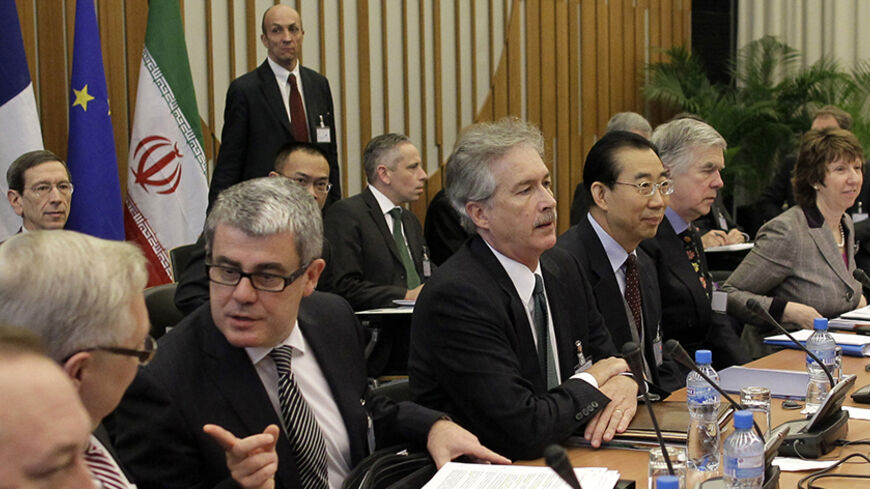 With the July 20 deadline for expiration of the interim nuclear agreement with Iran fast approaching, senior and former US officials have given mixed signals about whether the interim deal will have to be extended. But there are compelling reasons to reach a deal before the end of this year that have to do with both domestic politics and bureaucratic considerations. Among them:

As the countdown to July 20 continues, some have argued that at least a limited extension of the interim agreement would do no harm given the constraints placed on Iran’s nuclear program, including suspension of enrichment to 20% U-235 and the conversion of Iran's stockpile of 20% uranium to less proliferation-prone form. Also, sanctions relief given to Iran so far has been minimal.

“All the leverage is with the West because the bulk of the sanctions remain in place,” was how former National Security Adviser Tom Donilon put it Monday at a conference at the Center for Strategic and International Studies in Washington that dwelt on the success of US-led sanctions and financial intelligence.

As Al-Monitor wrote in the Week in Review on May 23, “The International Atomic Energy Agency documents a seriousness of commitment by Iran since the interim agreement began implementation in January. In a report released on May 23, the IAEA notes that 'Iran has implemented the seven practical measures that it agreed with the Agency in February 2014 in relation to the Framework for Cooperation'; 'Iran has not enriched' uranium above 5% 'at any of its declared facilities'; Iran’s stock of uranium enriched up to 20% 'has decreased from 209.1 kg to 38.4 kg'; and 'all of the enrichment related activities at Iran’s declared facilities are under agency safeguards, and all of the nuclear material, installed cascades, and feed and withdrawal stations at those facilities are subject to Agency containment and surveillance.'”

Obstacles to reaching a long-term agreement by July 20 appear to be significant. A senior US official who briefed Iran experts in Washington last week pointed to significant gaps in the positions of Iran and the five permanent members of the UN Security Council plus Germany (P5+1) and some in the audience thought an extension of talks was likely. However, State Department deputy spokeswoman Marie Harf told Al-Monitor’s Laura Rozen on June 2 that the administration was “not signaling that we are prepared to extend the Iran negotiations” and that the US is “working toward the July 20 date, and we believe we can meet that date.”

Suzanne Maloney, an Iran expert at the Brookings Institution, told Al-Monitor that “it would be an odd time to change the players” in the nuclear talks on the US side if the negotiations have to be extended. That said, she added, “You would want this [agreement] to be durable enough that it would survive irrespective of the negotiators.”

Even if the P5+1 overcomes differences with Iran over the scope of its nuclear program and related issues, any agreement is likely to be exceedingly complex and require extensive follow-up talks.

Maloney said she would expect “a fairly steady state of negotiations for at least a year” if an accord is reached. “Whoever is ‘P,’” Maloney said, referring to State Department shorthand for the undersecretary of political affairs, can expect to have “regularized conversations with the Iranians” for some time to come.