Leviathan gas deal may be catalyst for Israel-Turkey reset 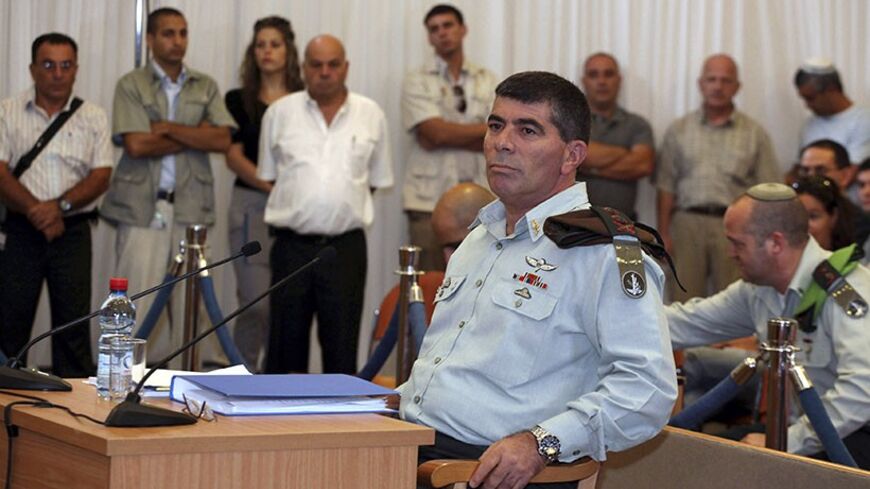 The basic distrust that Israel’s diplomatic and security leadership feels toward Turkish Prime Minister Recep Tayyip Erdogan was further exacerbated May 26 when a court in Istanbul issued international arrest warrants against senior officers who served as members of the Israeli army's General Staff when Israel took control of the Mavi Marmara flotilla.

Israeli experts in international law downplayed the significance of this legal procedure; the political leadership called it “a mere political move, one which it is doubtful any respectable country will abide by.”

Turkish diplomatic sources explained that this is part of a long legal process, which will stop the moment Prime Minister Benjamin Netanyahu approves the reconciliation agreement waiting on his desk. Besides the reparations agreement and the approval of facilitating Turkish civilian aid to the people of the Gaza Strip, the agreement also includes a mechanism to rescind all legal claims against the Israel Defense Forces officers and the State of Israel. Jerusalem is now waiting to see how things develop, but sources nevertheless stress that there is room for a significant Turkish gesture to prove that the Turkish government is committed to ending the crisis.

Gabby Levy, Israel’s last ambassador to Ankara, was expelled from Turkey following the Mavi Marmara incident. In a conversation with Al-Monitor, he shares his assessment that the Turkish government will ignore the decree issued by the court in Istanbul, and possibly even take steps to ensure that it is not implemented. This would be part of a process of rebuilding trust, which Ankara now is hard at work to promote while it waits for a dawdling Netanyahu to approve the normalization agreement between the two countries.

The feeling that a historic reconciliation between Israel and Turkey is right around the corner has even reached the corridors of the Knesset in Jerusalem. Knesset member Nitzan Horowitz (Meretz Party), who heads the Knesset lobby to promote regional cooperation, called for a rare and special meeting in the Knesset titled “Israel and Turkey: Heading toward a New Chapter in Their Relationship” together with Mitvim think tank. The session took place May 20. The guest of honor: Yasar Yakis, one of the founders of Erdogan’s Justice and Development Party (AKP) and foreign minister of the first government formed by the Islamist party in 2002.

The last time that an official Turkish representative paid a visit to the Knesset was well before the Mavi Marmara incident, in January 2010. Then-Deputy Foreign Minister Danny Ayalon summoned Turkish Ambassador Ahmet Oguz Cellikol to his Knesset office to chastise him for the anti-Israel discourse in Turkey, in what came to be known as the “Low Chair Incident.” The fact that no official Turkish representative has visited the Israeli legislature for such a long time eclipsed the fact that Yakis now has no official position or status in Turkey. He has spent the past few years heading a research institute (STRATIM) that supports the normalization of relations between Israel and Turkey.

On the other hand, the fact that he has no official commitments allowed him a free hand to analyze Erdogan's personality and the impact that this has on any disputes between the two countries. Yakis did not spare Israel or Turkey from criticism over their conduct, which led to the killings on the Mavi Marmara. In attempting to explain Erdogan’s behavior, he relied on the saying by French philosopher Blaise Pascal, “The heart has reasons that reason cannot know.”

According to Yakis, Erdogan acts impulsively. He is driven by his gut, without any complex strategic thinking behind him. This kind of analysis will not make matters easy for Netanyahu, who is already worried about signing a reconciliation agreement with Turkey without first receiving guarantees that Erdogan will not go back to slamming Israel. In response to my question whether Netanyahu’s demands can really be applicable, the guest responded that it is the kind of thing that cannot be fixed by an agreement. Rather, it requires reciprocal trust, which must be built up over time. At the same time, he added that Erdogan’s political power among the Turkish public enables him to make any move and pass any decision he wants without first having to put together some coalition or other. Since Turkey is now interested in reconciliation with Israel, once normalization is implemented Erdogan will be able to meet all of his obligations and commitments.

While the discussion was taking place in the Knesset, Erdogan continued his “charm attack” on Israel. In a speech delivered to the members of his party in the parliament in Ankara, he thanked Israel for the understanding and sympathy it expressed following the mining disaster in Soma. He was referring to the fact that the Israeli Embassy chose to cancel a reception scheduled to take place in Istanbul to celebrate Israel’s Independence Day. Even if the comments came straight from Erdogan’s heart, there can be no doubt that they contained a calculated message, intended to advance a new dialogue with Israel. Israeli officials who follow the contacts between the two countries from up close hoped that this gesture would be enough to diminish the impression left by Erdogan's outburst in the mining town. The prime minister seemingly used a despicable anti-Semitic slur against one of the people demonstrating against him, following which the Turkish media began to insinuate about “an Israeli and Jewish conspiracy” related to the Soma mining disaster.

Rasim Ozan Kutahyali commented in an Al-Monitor article on May 16 on the role that Israeli natural gas in the Mediterranean Leviathan gas field is having in causing Erdogan’s dramatic turnaround.

Israeli and Turkish business leaders travel back and forth between Tel Aviv and Istanbul and between Ankara and Jerusalem, hoping to participate in the project to lay an underwater gas pipeline that would carry unprocessed natural gas from the Leviathan gas field to the Turkish coast. Experts have long viewed this as the proper, most profitable and most appropriate way to exploit the gas resource. Ever since the Australian firm Woodside scrapped its plans to purchase some of the gas and transport it to the east, transporting the gas to Turkey has become the only option that is economically sound.

However, to move ahead with this deal, valued at more than $2 billion, it will first be necessary to reach a diplomatic arrangement between the two countries. A senior diplomatic and security figure in Israel said lately that it would be impossible for Israel to allow the transfer of gas to Turkey. “Erdogan can’t be trusted,” he said. “It will be impossible for us to give him the ability to control the transfer of Israeli gas.”

The importance of rebuilding trust between the two sides to advance the gas route was also raised in the discussion that took place in the Knesset. The former Turkish foreign minister said, “Energy needs politics.” He emphasized that to fund the energy project, mutual trust between the political partners is essential. He went on to say that the Turkish partner is already convinced of the political need to move the deal ahead. All that is left to do is to convince Israel.

The discussion took place in the conference room used by the Knesset’s Immigration and Absorption Committee. The hall was filled to capacity with everyone from active and retired diplomats, researchers and businessmen operating in Israel and Turkey. Among the prominent Knesset members who attended was Knesset member Reuven Rivlin (Likud Party), who is currently running for president, but because of past grudges is not receiving the support of the head of his party, Netanyahu. Rivlin expressed confidence that the relationship between Israel and Turkey can overcome past differences, and surprised everyone when he called on Turkey to help bridge the differences in the century-old conflict between Israel and the Palestinians, a task we have failed at, he stressed.