Iran official: Revealing extent of corruption could cause 'social shock'

Gholamali Jafarzadeh has said that details of the Iranian Parliament's investigation into Ahmadinejad-era corruption would cause a "social shock" and harm the government if it is made public. 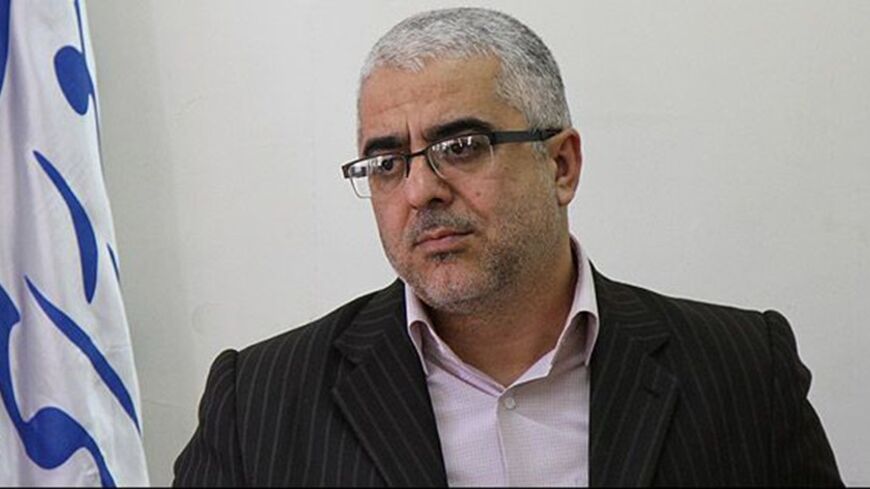 Gholamali Jafarzadeh, a member of the Iranian Parliament’s special investigate committee, is pictured in this file photo. - Lemonpress.ir

A member of the Iranian Parliament’s special investigate committee has warned against public disclosure of the ongoing investigation into corruption under former President Mahmoud Ahmadinejad’s administration, saying that making the details of the violations public could harm the country and public trust, which he described as “under restoration.”

The “corruption is so big that we are scared it could cause social shock,” committee member Gholamali Jafarzadeh told Payam-e No May 3. “The dimensions of corruption in the cases at the investigation committee are so high that we are scared that if they become public it would cause trauma to the system,” he continued. The popular website Tabnak picked up the interview May 27, and the story went viral on Twitter and Facebook.

One of the more distressing sources of corruption, according to Jaffarzadeh, involved the Foundation for Martyrs. He asked, “How could some within the administration take advantage, with complete awareness, of the families of martyrs and veterans? Now when the wages of a class who, in the words of Imam [former Supreme Leader Ayatollah Ruhollah Khomeini], are the most supreme in society, are robbed, see for yourself what was going on in other fields.”

Officials from Ahmadinejad’s administration are still active in some of the institutions under investigation, so revealing more of the corruption is a delicate matter. Jafarzadeh said that some of these individuals “prevent the committee from doing its work” or cause the work of the committee to be “deviated.” He would not go into the details about the type of “pressure” present from these individuals.

Jafarzadeh argued, “Suddenly making public the dimensions of the corruption could have negative consequences for the country and system and could return public trust, which is under restoration, to something worse than before.” He continued, “Despite believing that we must confront the economically corrupt publicly, I would request that the review of this corruption would take place at a court that is not public.”

The corruption appears to be the product of a concerted effort rather than incompetence. Jaffarzadeh said, “The more important issue is that most of the corruption was not inadvertent and was intentional, meaning that the individuals did this with the goal of economic corruption and robbing the national treasury and taking advantage of government positions and relations.”

According to Jaffarzadh, the committee began to report on its findings of corruption after Ahmadinejad left office. The first high-profile individual from the administration to be named was the head of the Social Security Organization, Saeed Mortazavi, whose file is reportedly “thousands of pages.” He said the chairman of the Majlis Internal Affairs and Councils Committee, Amir Khojasteh, also said that “bad events” had taken place. Niether Khojasteh nor Jafarzadeh were willing to discuss the details of the corruption cases.