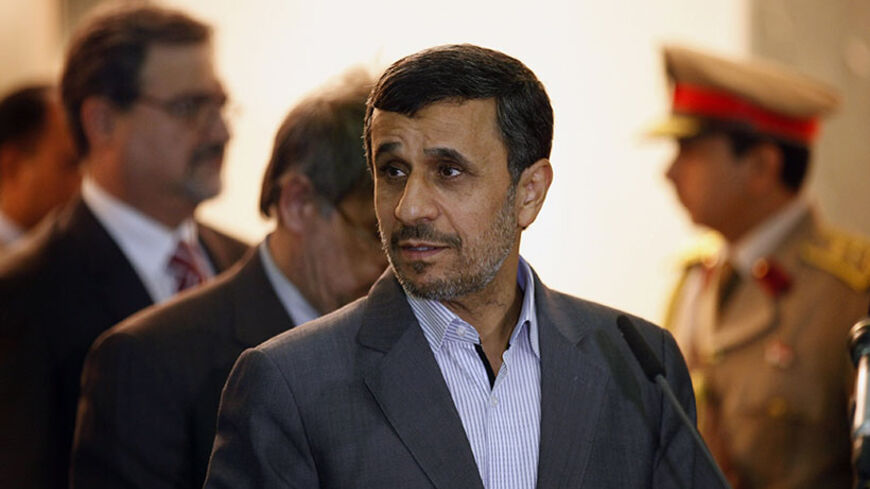 The spokesman for a parliamentary investigative committee has said that cases of personnel violations under the Mahmoud Ahmadinejad administration have been sent to the judiciary.

Mostafa Afzali Fard, spokesman for the Iranian Parliament’s Article 90 Commission, did not specify which cases or officials in the previous administration were under investigation. However, he told the Islamic Consultative Assembly News Agency that the judiciary had a responsibility to attend to the cases “with speed.”

The most recent accusation of corruption under the Ahmadinejad presidency surfaced July 16. According to Iranian parliamentarian, Gholamali Jaffarizadeh Imanabadi, 450,000 of 650,000 personnel hired under the previous administration were “illegally employed,” some of them reportedly through family and personal connections.

According to Jafarzadeh, the most severe hiring violations occurred at the Education Ministry. Of the 76,000 people hired by the ministry in the final two years of Ahmadinejad’s administration, approximately 2% were illiterate, 14% had only primary education, 19% had middle school education and 1% graduated from high school.

Mahmoud Asghari Azad, deputy vice president for management development and human resources, presented details of the hirings to a closed session of parliament.

Jafarzadeh described the hirings at the Education Ministry as a “tragedy,” particularly considering Iran's high rate of unemployment among educated youth. He said that during Ahmadinejad's eight-year administration, approximately 332,000 people were hired by the ministry.

Reformist newspaper Shargh Daily’s top story on July 17, “450,000 hirings of family and rent-seeking under Ahmadinejad’s administration,” reported that the hirings of “many of the families of officials, governors and ministers were done without any legality.” Journalist Amene Shirafkan reported that in one instance, the daughter of a governor — who was, as is normal in Iran, appointed by the president — was hired as an Arabic teacher despite her unfamiliarity with even the basics of Arabic. She is now teaching geography.

Jafarzadeh also said that approximately 200,000 organizations and institutions in Iran had been created illegally.

Jafarzadeh told Shargh, “The violations of the previous administration have to be pursued by the judiciary so that no administration ever repeats this tragedy. We as members of parliament are tired of the volume of financial and managerial violations, … let alone the public opinion and regular people.”

Iranian parliamentarian Abed Fattahi told Shargh that the hiring of such a large number of personnel based on their connections to Ahmadinejad-era officials was problematic, as the former president “would like to return to power.” While Fattahi said such an event is unlikely, he believes that Ahmadinejad still has the same mentality that he had as president in wanting to build a team around himself.

It is not clear if Ahmadinejad is personally accused of wrongdoing in any of these cases. On June 30, the spokesman for the judiciary said that the former president is still under investigation by the judiciary, but did not specify for what complaints.