In Iran, the business and legal climate generated by sanctions led to shady business deals and opaque transactions. 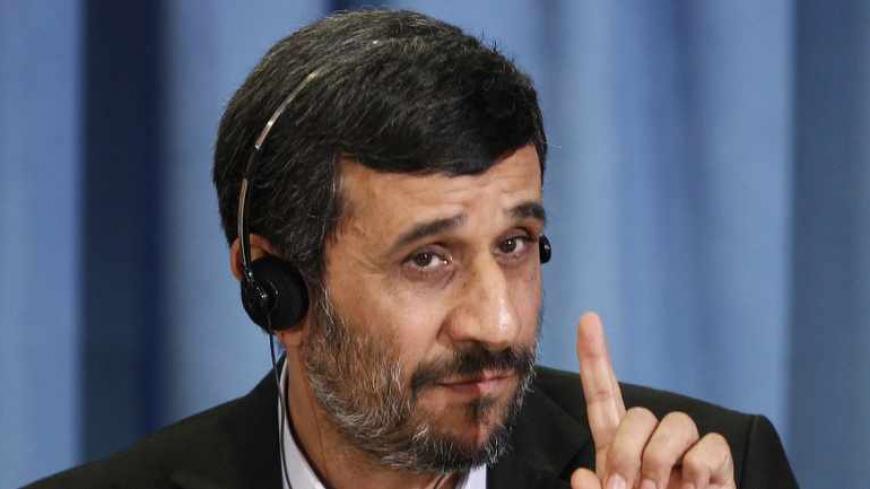 In Iran, massive corruption and mismanagement have been cited as important contributors to poor economic conditions at the end of former President Mahmoud Ahmadinejad's eight years in office. Since Ahmadinejad left office — and even before — news emerged on the scale of corruption during his two terms. The barrier to openly speak about it broke in 2011, when it became public that some $2.6 billion had been embezzled by a network of banks, led by state-owned Bank Melli, in which the chief culprit — the bank's former Managing Director Mohammad Reza Khavari — fled to Canada and escaped persecution.

In order to understand the nature of corruption and the role political figures play in it, one can take a closer look at the case of Saeed Mortazavi, the former managing director of the Social Security Organization (SSO).

Mortazavi has always been a controversial figure in Iran, especially in his role as a judge in the “special court for the press.”  He emerged in 1999 as the judge for the mentioned branch, where he ordered the closure of 120 newspapers and magazines, and sent many journalists to prison. In 2003 he became Tehran's attorney general. Under his watch, a Canadian-Iranian journalist, Zahra Kazemi, died during interrogation. The Ministry of Intelligence's investigation suggested that, in Kazemi's case, the accusation against two interrogators by the attorney general was "misleading."

Controversies continued until the aftermath of Iran's 2009 elections. An investigation into the death of three inmates at the Kahrizak prison led to the suspension of three judges, including Mortazavi. After being made reduntant by the judiciary and while under investigation by the Majles, Mortazavi was appointed by Ahmadinejad as the head of the Headquarters Combating Smuggling. Following a Majles investigation, Mortazavi was reprimanded by the Majles and the Supreme National Security Council. The case created such a negative image for the regime that Supreme Leader Ali Khamenei ordered the closure of the Kahrizak prison.

However, these accusations against Mortazavi did not stop Ahmadinejad from appointing him as SSO managing director in 2011. The appointment took place despite strong opposition in the Iranian parliament. The SSO is a very cash-rich organization, and its investment arm, Shasta, owns a conglomerate of 208 Iranian companies, including important shares in some of the largest Iranian enterprises. Ahmadinejad was so insistent on Mortazavi’s appointment that he changed the organization's statutes to allow Mortazavi to maintain his position against Majles opposition.

Even before the 2013 elections, accusations of corruption against Mortazavi grew louder. However, after the change of the government, Mortazavi was sacked, and now three corruption cases against him are underway.

To understand why Ahmadinejad was so insistent on Mortazavi, one needs to gauge the latter’s utility for the former president. Mortazavi was a burnt political figure, and he did not have many allies within the wider power structure. However, he had experience within the judiciary and could maneuver within such a powerful position as SSO managing director. In that position, Mortazavi became a source of blackmail material to be used against the president’s domestic enemies. The most famous of such material was a film of a meeting between Fazel Larijani — brother of Majles Speaker Ali Larijani and Head of the Judiciary Sadegh Larijani — in which Fazel appeared to be asking for favors in the privatization process. It later became clear that the meeting was the continuation of another meeting between Mortazavi and Babak Zanjani, an Iranian businessman who earned his billions rent-seeking from the Ahmadinejad government. Within the same scheme, it has come to light that Mortazavi was making corrupt payments to many politicians and officials to blackmail them in critical situations.

However, the most important use of a shady figure like Mortazavi was his role in providing the Ahmadinejad network — including Zanjani — with easy rents through the privatization program. In fact, some analysts believe that Zanjani is the face of a network of former officials who used his group of companies to secure rents from the government. One such venture was a license to sell crude oil, which included the transfer of many companies' shares to Zanjani’s enterprise, Sorinet Group. According to Iranian sources, the volume of investment by the Sorinet Group with the SSO reached 4 billion euros. The Majles investigation underlines that the majority of share transfers from SSO to Sorinet and other similar members of the network happened without the appropriate tender procedures.

According to a memorandum of understanding signed by the SSO and Zanjani, the latter received shares in a total of 138 companies, including such important entities as: banks (Saderat, Pasargad, Tat, Parsian and Dey); insurance companies (Mellat, Mihan, Dana and Parsian); steel companies (Khuzestan Steel, Mobarakeh Esfahan Steel); petrochemicals (Ghadir, Tabriz); shipping (IRSL and National Iranian Tanker Company); Homa Hotels; and Chuka, a wood and paper company.

It is not difficult to imagine why the share transfers took place without tender procedures. Such corrupt dealings could only happen with an executive such as Mortazavi and with the clear backing of key ministers.

Today, Mortazavi and Zanjani are being pursued by the Iranian judiciary. However, one can imagine that they will try to blackmail Majles deputies, judges and other officials to evade the push for justice. So far, Mortazavi has not even showed up to his court hearings, and Zanjani has not been officially accused, though the government canceled the license for a major development in Tehran.

The above cases underline the pattern of corruption — the existence of shady webs of politicians, security officials, judicial figures and businesspersons who abuse the ambiguous system of governance and the availability of rents. Exacerbating the corruption levels during the Ahmadinejad years were the corrupt nature of the core government circles and the existence of sanctions. The business and legal climate generated by sanctions allowed shady business deals and opaque transactions. There are signs that the Hassan Rouhani government will develop a new approach to fighting these corrupt networks, but it will also be important to fully investigate the above cases and bring them to justice to be able to set a precedent for future cases.