The Obama administration should take note of the warming trend in Russia-Egypt relations. 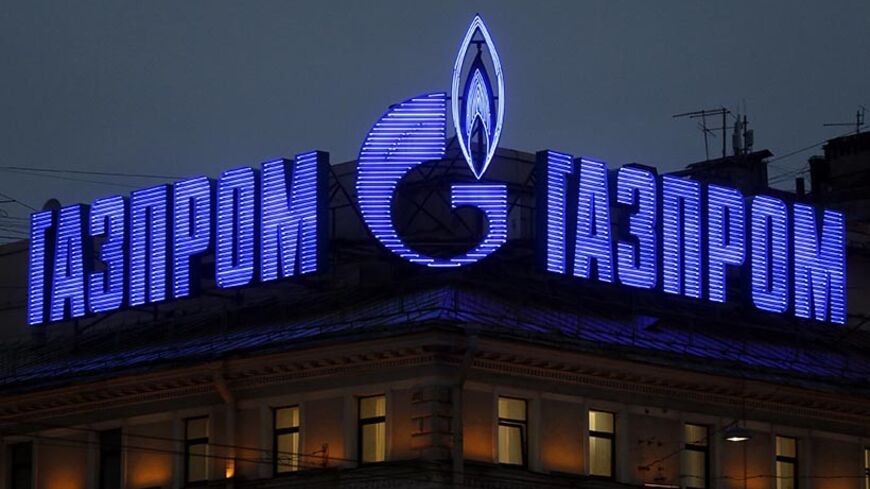 The company logo of Russian natural gas producer Gazprom is seen on an advertisement in St. Petersburg, Nov. 14, 2013. - REUTERS/Alexander Demianchuk

Russia’s relationship with Egypt appears to be warming, though it remains unclear just how far Moscow and Cairo are prepared to go and at what price. Officials in Washington should follow this closely.

Among the most recent developments is a small but significant natural gas export deal between Russia’s Gazprom and Egypt’s EGAS, under which Russia’s state-controlled gas firm will deliver seven shipments of gas to Egypt in 2015. An Egyptian press report on the deal stresses not only that EGAS obtained a “favorable rate” for the gas, but that the agreement will allow for “grace periods” to pay for it. Taking place in parallel with Gazprom’s dramatic price increases for its exports to Ukraine — and Russian President Vladimir Putin’s insistence that Kiev pay in advance — the modest sale looks overtly political. EGAS officials note that they turned to Gazprom after negotiations with an Algerian firm collapsed due to strong European Union interest in increasing imports from the country to reduce gas dependence on Russia. Egypt’s Ministry of Petroleum appears to hope that this will allow the country to import Russian gas “at a rate that is lower than market prices” beyond 2015.

A bigger deal in the future is certainly possible; Moscow has a long history of below-market energy exports to its special friends, including its former Warsaw Pact allies — now paying market rates as NATO members — and, of course, Ukraine at various times. Of course, the Soviet Union took a similar approach to arms exports, which it often provided with long-term financing. In 1987, Soviet officials rescheduled some $3 billion in Egyptian debt for former Egyptian leader Gamal Abdel Nasser’s weapons imports during the 1960s. A later arrangement in 1994 reportedly settled all outstanding Egyptian debts.

Egypt’s gas purchase comes amid warm rhetoric from top officials on both sides, including Putin’s endorsement of Abdel Fattah al-Sisi’s presidential campaign earlier this year — in a meeting in Russia during Sisi’s first foreign trip after taking power — and a pointed statement by Egyptian Foreign Minister Nabil Fahmy in Washington that Cairo will “seek to nurture and leverage” its ties to Moscow, while insisting that this would not come at America’s expense. Meanwhile, Egypt opted not to vote on a United Nations General Assembly resolution calling on all UN member states to refrain from recognizing Russia’s annexation of Crimea in an apparent effort to avoid US pressure to support the measure, which was implicitly critical of Moscow.

Both Russia and Egypt have put particular effort into intensifying their military-to-military contacts. Though reported talks on a $3 billion sale of advanced Russian aircraft financed by Saudi Arabia seems unlikely to come to fruition — in no small part because post-Soviet Russia has been much freer in distributing subsidized energy than subsidized weapons — there are other signs of interest. And whether or not a contract is signed, some of Russia’s media and its foreign policy establishment sound quite enthusiastic about a renewed arms relationship with Cairo. One example of this is a recent article on the deal in the pro-government Izvestia newspaper, which carried the headline “Russia plans to renew its military presence in Egypt” and prominently quoted an expert asserting that “Moscow is activating full-scale cooperation in the military-technical sphere with Egypt, trying to raise it to a level like the 1950s and 1960s.”

Setting aside this huge but uncertain arms sale, Russia and Egypt have reportedly agreed to conduct joint counterterrorism exercises involving Russian paratroopers (who likely played an important role in Moscow’s rapid seizure of Crimea) and may also be discussing a deal on spare parts for Egypt’s legacy Soviet equipment, something that seems considerably more plausible than a major agreement on MiG-35 fighters that would not integrate easily into Egypt’s existing air force.

Beyond this, the Izvestia report noted above also cited an agreement to train Egyptian officers at Russian military academies that was completed during Defense Minister Sergey Shoigu’s fall 2013 trip to Egypt. Russia’s Defense Ministry website is also publicizing an April 2014 meeting between Deputy Defense Minister Anatoly Antonov and Egypt’s Deputy Defense Minister, Muhammad Said al-Assar. (Curiously, Antonov is wearing the uniform of a four-star general — an impressive sight considering that he is a career diplomat and former deputy foreign minister who was seconded to the Defense Ministry, in part to handle arms control and missile defense talks with Washington.)

Perhaps more surprisingly in some respects, the Russian Foreign Ministry’s website notes a recent meeting between a Russian deputy foreign minister who also serves as Putin’s special envoy to the Middle East and Egypt’s ambassador in Moscow. Since meetings in Moscow with Russia-based ambassadors are not always reported, the Foreign Ministry looks like it is trying to make a point. In addition to Egypt’s presidential election, regional concerns and mutual interests, the two are said to have discussed “some practical aspects in the further strengthening of Russia and Egypt’s traditionally friendly relations.”

Despite the obvious theater here — in both Moscow and Cairo — the Obama administration would be unwise to dismiss a Russia-Egypt rapprochement as implausible and should follow further moves closely. Russia has clear interests in Egypt that go well beyond tweaking the White House and some of them, like anti-terrorism cooperation targeting Islamist radicals, are much easier to pursue with Sisi than his immediate predecessor. Egypt can also benefit from the relationship, at a minimum by forcing the Obama administration to think twice as it makes foreign policy. Come to think of it, Americans might benefit from that, too.