Despite a long-standing relationship whereby Algeria buys Russian weaponry, the two nations seem to have trouble seeing eye to eye. 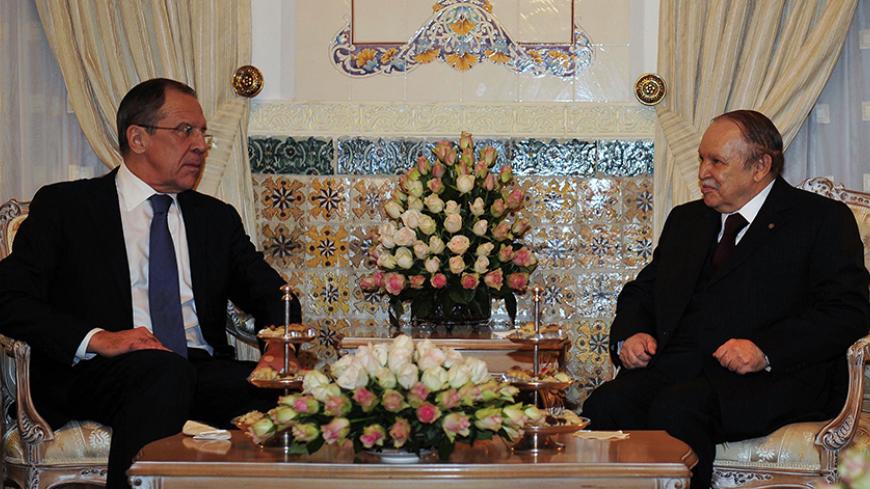 Notwithstanding its extensive arms trade with Algeria, Russia’s political relations with President Abdelaziz Bouteflika and his government seem curiously constrained.

On one hand, Algeria is a top market for Russian weapons. For example, Russian media have only recently reported a massive 2014 deal under which Algeria will assemble 200 T-90 tanks using kits supplied by Russia’s state arms supplier Rosoboronexport — a contract one Russian military expert estimated at $1 billion and described as “possibly the largest export contract for main battle tanks in the world.”

According to the report in the business-oriented newspaper Vedomosti, the contract follows a 2010 sale of 185 T-90 tanks as well as a 2013 agreement to buy equipment to modernize 300 Soviet-supplied T-72 tanks. At the same time, Russia is reportedly building two Kilo-class submarines for Algeria. In 2006, Rosoboronexport announced a $7.5 billion sale of jet fighters, training aircraft, missile systems and tanks after a meeting between Russian President Vladimir Putin and Bouteflika that also yielded an agreement to write off $4.74 billion in Soviet-era debt held by Russia.

On the other hand, the Kremlin website does not report a Putin-Bouteflika meeting since the 2006 session, although then-President Dmitry Medvedev traveled to Algeria to meet his counterpart in 2010. Prior to Putin’s 2006 meeting, which was said to be a five-hour Kremlin conversation, the two men had not met since 2001. While every relationship is different, a close cooperative relationship typically produces more than three presidential-level bilateral meetings in 15 years.

Russian and Algerian officials have interacted more frequently at lower levels, of course. Still, Foreign Minister Sergey Lavrov has apparently not met bilaterally with Algeria’s Foreign Minister Ramtan Lamamra since February 2014. Notably, Russia’s Foreign Ministry website does not appear to include any statement following the meeting, which is unusual though certainly not unprecedented. Likewise, while Moscow’s state press agency Tass reported in advance on the expected agenda — and quoted Lavrov referring to the meeting as their third encounter in six months — none of the agency’s three post-meeting articles quoted Lamamra at all. Indeed, on closer inspection, Lavrov’s reference to the meeting as their third also noted that the previous two encounters were “short meetings” in New York and Montreux — presumably on the margins of multilateral gatherings such as the September 2013 United Nations General Assembly and the January 2014 Syria talks in the Swiss resort town. With that in mind, they may not have been substantive conversations.

A search of major Russian media outlets and official statements suggests that Russian Federation Council Speaker Valentina Matvienko’s May 2014 trip to Algeria and a subsequent September 2014 visit by nuclear agency Rosatom head Sergey Kiriyenko are among very few additional recent high-level engagements. Kiriyenko signed a nuclear cooperation agreement that sounds analogous to America’s so-called 123 Agreements — a defining foundation for future talks rather than a commitment to any specific projects. In other words, the agreement may have been a useful and even essential step forward, but was not a breakthrough.

As a totality, Russia’s relationship with Algeria looks like cautious and hyper-pragmatic interaction between two governments that may want a variety of things from one another but have trouble reaching a broader understanding on key issues. In some respects this would be an extension of their Cold War relationship, in which Algeria’s nationalists were more than willing to accept Soviet arms — and to define their independent country as a People’s Democratic Republic and to pursue socialist economic policies — but were not so interested in substituting one colonial master for another. Conversely, on the Soviet side, Moscow’s never-quite-fulfilled aspirations to split France away from the United States and its European allies often limited just how far the Kremlin was prepared to go in making trouble for Paris.

In the 21st century, Algeria was likely quite satisfied with the opportunity to get out from under Soviet-era debt and to buy new weapons. Nuclear cooperation may also be attractive, though considering that China and Argentina have already built research reactors in Algeria and that the country has been pursuing talks with France and others, the agreement could also provide leverage with other interlocutors.

Yet, while Russia surely welcomes Algeria as an arms customer — especially while its economy is struggling under sanctions — Moscow seems unlikely to get what it may want most from Bouteflika and his government. Given Algeria’s role as a leading gas supplier to Europe, and therefore a leading alternative to Gazprom, energy cooperation may well be first on the Kremlin’s list. Despite this, Gazprom’s role in the country remains limited to some modest exploration activities. Perhaps more significant, Russia has been largely unable to co-opt Algeria (or, for that matter, other important members of the Gas Exporting Countries Forum) to advance its energy geopolitics strategy toward influencing Europe.

More narrowly, Moscow and Algiers seem to have differing perspectives on the ongoing civil war in Algeria’s neighbor Libya. Russia appears to be positioning itself to facilitate military action by Egypt and others against extremist Islamists and is increasingly alarmed by what is happening. Algeria has stressed its willingness to talk to “all parties” other than terrorist groups (a flexible term) and appears somewhat more sanguine about including Islamists in a peace process and a new national government. This may partly reflect Algeria’s own complex recent history.

Nevertheless, Moscow has not permitted its inability to get everything it desires from Algeria to stand in the way of what it can accomplish. And selling 200 tanks for $1 billion is indeed an accomplishment.