Parviz Kazemi, minister for former President Mahmoud Ahmadinejad, has revealed some tactics of the former president. 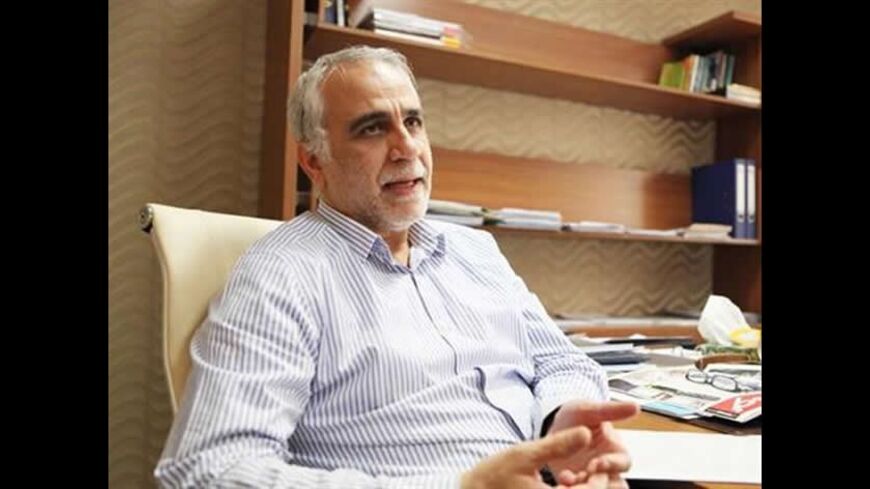 A former minister for President Mahmoud Ahmadinejad has discussed a variety of controversial management and personnel decisions of the former administration. Parviz Kazemi, who served as minister of welfare and social security from August 2005 to August 2006, told Nameh News that he wanted to “reveal” how the Ahmadinejad administration worked. The interview was shared widely on social media. While Kazemi does reveal interesting aspects about the controversial former president, many believe it is not yet the “tell-all” that some are waiting for.

Kazemi said that the reason for his short tenure was due to Ahmadinejad’s working philosophy and his lying. He said that Ahmadinejad operated his administration as if “there is only one general and everyone else is a soldier.” For instance, Kazemi said that the former president had wanted to implement specific government aid programs in one month. Kazemi had protested and refused. Ultimately, the plan took several years to implement.

A second reason for his leaving was that the president used to lie, according to Kazemi. “At noon, he would have a meeting with me … and at night somewhere else he would say that he had been in Esfahan since the morning,” Kazemi said. “He would talk about it in a way and describe the details that I would become convinced myself and say to myself that perhaps we had met the day before.” He also accused Ahmadinejad of lying in the highly popular presidential television debates against Reformist candidate Mir Hussein Mousavi.

Once he had left the government, Kazemi tried to keep his criticism to technical issues. However, as he noticed that Ahmadinejad’s behavior became more extreme, he decided to increase his level of criticism, to the point now that he wants to “reveal” aspects of Ahmadinejad’s administration. Kazemi said that his opposition to Ahmadinejad reached the point that before the 2009 elections he privately implored parliament Speaker Ali Larijani to not allow Ahmadinejad a second term. He said that Larijani described Ahmadinejad as “a phenomenon” in a derogatory manner.

Kazemi described Ahmadinejad as “clever but not for national interests.” He said that Ahmadinejad was a “taboo-breaker” but broke the wrong taboos, insulted individuals, did not follow the supreme leader and ignored the grand ayatollahs. Kazemi said that Ahmadinejad’s rise to the presidency was so sudden that he was not even aware of some of the organizations under the authority of the president.

He dismissed the theory that Ahmadinejad’s controversial chief of staff Esfandiar Rahim Mashaei was controlling the president. “He’s on holiday,” said Kazemi of Mashaei’s intellectual capacities. He felt that Ahmadinejad simply wanted Mashaei to run for the presidency in 2013 to come back to power. When asked by the interviewer why Ahmadinejad would not have picked someone less controversial for this role, Kazemi did not have an answer. He also rejected the prevalent theory among some that Mashaei had used “witchcraft” to seduce Ahmadinejad.

One of the other issues Kazemi talked about was how Ahmadinejad would choose the deputies of ministers. The reason, according to Kazemi, was because “none of these individuals [that Ahmadinejad wanted] would have received votes” from parliament to become ministers. So Ahmadinejad picked his ministers to secure the votes from parliament but brought in his own people as deputies to control the ministries. It should be noted that President Hassan Rouhani's administration has been accused of similar tactics of deceiving parliament with respect to the Ministry of Science; however, it seems to have been in line with, rather than to undermine, the ministry.