US, region should benefit from lifting sanctions on Iran

A recent Washington Post op-ed by David Petraeus and Vance Serchuk is more of the same old, misguided thinking about Iran and the region. 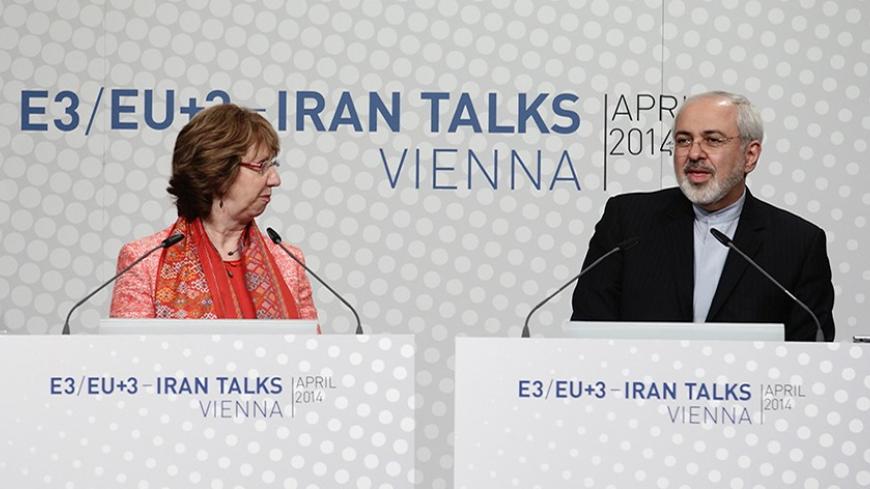 If one wanted to point to an outdated argument advising the United States on how to deal with Iran in regional affairs, the best candidate would be the April 9 op-ed by David Petraeus and Vance Serchuk in The Washington Post. In “U.S. Needs to Plan for Day After an Iran Deal,” the authors propose that President Barack Obama pursue the policy of maintaining an intense US presence in the Middle East to contain Iranian power and in doing so preserve US national and security interests.

The article’s main argument is that lifting economic sanctions will unleash Iranian power in the region. Tehran’s subsequent support of terrorism, they contend, would gravely endanger US geostrategic interests in the Middle East. This point is disputable, because any improved relations between Iran and the United States that result from a comprehensive nuclear deal, following the removal of sanctions and a reduction in nuclear activities, will immediately bring about positive implications for regional stability through cooperation.

Influential groups in US politics with the support of regional allies and pro-Israeli and pro-Saudi lobbies have for decades pushed a conservative view that Iran is pursuing an expansionist regional policy in an effort to increase its power in the Persian Gulf, Iraq and the Levant, the Arabian Peninsula, and the Palestinian territories. Iran was thus anointed the main threat in the region, and the necessity of containing Iran’s role and power became firmly established in the United States’ Middle East strategy.

Obama’s policy of seeking a diplomatic approach to resolving the nuclear standoff with Iran stems from the region’s emerging new political-security realities and is a serious counter to the conventional wisdom in Washington. One tenet of this wisdom holds that cutting any deal with Iran would ultimately be at the expense of US allies in the region.

Yet, insistence on following the traditional policy, as in the Petraeus and Serchuk op-ed, ignores possibly benefiting from Iran’s role in regional affairs. It overlooks entirely that the conservatives’ view has been detrimental to regional peace and security and has also been at the expense of US security interests by spreading instability, extremism and terrorism. Following such a policy has resulted only in increased tensions and distrust among nations, triggering an arms race and establishing rival regional coalitions. The Afghanistan and Iraq crises are two examples of this.

The Obama administration’s withdrawing of troops is a testament to the acceptance of the reality that the Middle East — especially in the aftermath of the Arab Spring, in which the public has exerted increasing influence on states’ conduct, including foreign policy — is facing a political transformation that will make it a challenge to preserve US interests through a direct military presence, favored blocs or pitting states against each other.

The Syrian crisis was a turning point demonstrating how regional actors have overwhelmed the role of foreign actors to the benefit of their own interests. Petraeus and Serchuk present their proposition while the United States is losing the lead in controlling the major trends in regional affairs. They consider Obama’s recent consideration of “providing a limited number of strategically significant weapons systems” to the Syrian rebels as encouraging, while Washington remains stuck between supporting the armed terrorist opposition to Syrian President Bashar al-Assad's regime and trying to keep the Syrian state intact through a political solution, the latter of which had initially been proposed by Iran.

The foundation of Iran’s regional policy is based on establishing stability in this volatile region while tackling threats to its own security. The United States has sat at the top of these threats for decades. At present, Iran needs regional political stability to advance its economic development. This can only be achieved through regional cooperation. Contrary to Petraeus and Serchuk’s main argument, lifting sanctions as a result of reaching a comprehensive nuclear deal would remove the sense of threat from the United States in Iran’s regional strategy. This could then culminate in Iranian-US cooperation in resolving regional issues as a win-win situation.

Such a scenario would in itself strengthen regional cooperation. A shift in the US anti-Iran approach is itself a start toward removing the sense of threat from Iran’s regional calculus. Under such circumstances, the United States would no longer need — as Petraeus and Serchuk propose — to deepen its military, diplomatic and intelligence presence, approve additional military capabilities or build air and ballistic missile defenses, and so on, to counter the so-called increasing Iranian power. In other words, if Washington is genuinely seeking sustainable stability in the region, it can achieve it through a shift in its approach toward Iran.

One could argue that the prospect of Iranian geopolitical superiority, achieved by filling the power vacuum in the region, another theme of Petraeus and Serchuk, is more an illusion than a possibility. The same discussion was raised on the eve of the exit of US troops from Iraq in 2011. It was argued that Iran would immediately extend its influence in that country. Indeed, the result has been otherwise. With the removal of the perception of a US threat emanating from Iraq, Tehran has become more secure and relaxed, allowing it to develop conventional state-to-state relations with Baghdad.

Petraeus and Serchuk raise their argument at a time when the Obama administration is withdrawing US troops from the region, and this necessitates reaching a deal with Iran as one of the most important political-security players in the region. Omitting Iran from US political-security policy would create an imbalance in the organic regional equations in the post-withdrawal era. The spread of extremism and terrorism as well as the collapse of state systems in the region as a result of ethnic-religious rifts are undoubtedly the gravest threats to all regional and transregional actors. For tackling this threat, the United States needs a more sophisticated, multilayered strategy based on encouraging regional cooperation and finding political solutions. This requires focusing on a balance of interests in the region, not sticking with the traditional balance of power policy proposed by Petraeus and Serchuk.