How Iran deal could bring multilateralism to Middle East

As the Joint Cooperative Plan of Action comes into effect, the region could see the emergence of a new era of greater cooperation by all regional actors, including Iran. 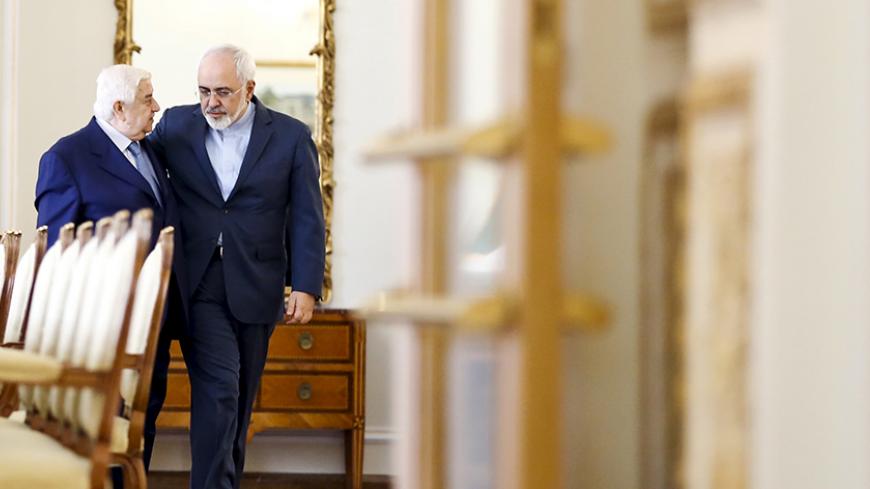 The full implementation of the Joint Comprehensive Plan of Action (JCPOA) struck by Iran and six world powers July 14 will have a great impact on Iran-US relations. It will diminish the existing mutual sense of threat between the two countries, and that change will be reflected in regional policies. The idea of collective action to solve regional issues will be strengthened and an era of multilateralism will consequentially emerge in the region.

The JCPOA has primarily served to solve a strategic discrepancy between Iran and the United States. Since Washington is the most significant extra-regional actor in the region, the deal will greatly affect regional political-security equations, especially regarding the future role and participation of Iran.

Indeed, the nuclear deal will remove the main justification for Washington’s previous “regime change” policy and portrayal of Iran as the main threat to the region. Although the conclusion of the JCPOA is initially aimed at tackling the presumed Iranian nuclear threat, the greater expectation is thus related to the positive implications of such an agreement on regional as well as international peace and security.

As such, fresh political space is emerging in Washington’s power circles where the necessity of engaging with Iran to resolve regional issues will be valued. Previously, and in the course of the nuclear negotiations, some European powers such as Germany and Britain had already endorsed the value of partnership with Iran on regional issues. This trend is gradually being extended to other European powers such as France. Other states, such as China, Russia, India and Turkey, have continuously emphasized the significance of Iran’s inclusion.

In these circumstances, actors opposed to the above — such as Saudi Arabia and Israel — although with different aims and principles, can hardly justify their policies, which are mainly based on containing Iran’s regional role or deterring its presumed nuclear threat. As Iran’s policy of engagement is enhanced and operationalized with reference to regional issues, extremist voices are losing their audience. Indeed, the legitimacy of the mindset that long encouraged the promotion of the “Iran threat” is being seriously challenged.

Concurrently, the implementation of the JCPOA will give Iran new potential to play its regional role, also providing space within domestic Iranian politics for the assumption of a more active and balanced posture toward the region. Foreign Minister Mohammad Javad Zarif’s recent tour of Qatar, Kuwait, Iraq and Lebanon and upcoming trips to Syria and Russia, along with proposal of an updated peace plan for Syria, are primarily consequences of the JCPOA.

The full implementation of the JCPOA will not, at least in the short term, result in direct Iran-US cooperation on regional issues. The two countries are still loyal to their regional allies and extremely cautious not to let them believe that the recent achievements will be at their expense. Iran will continue to define its interests in terms of maintaining close relations with friendly states and movements such as Syria and Iraq as well as Hezbollah and Hamas. Likewise, the United States prefers to define its interests as having close relations with Arab states in the Persian Gulf region and Israel.

However, the confidence-building aspect of the nuclear negotiations has created a new potential for regional equations. The result could be a shift toward multilateralism in the context of increased regional/trans-regional cooperation, in which Iran and America are likely to support new collective action to resolve regional issues, with the participation of all concerned players.

The conditions for promoting such multilateralism are also being prepared in the region. Recent geopolitical developments have led regional states to pursue independent foreign policies; mainly aimed at addressing domestic politics and containing threats to national security. At present, Saudi Arabia, Turkey and Egypt pursue their own policies on regional matters, overshadowing the role of extra-regional actors. Thus, many believe that without Iran-Saudi cooperation, neither the Syrian nor Yemeni crises will be resolved.

Meanwhile, the most significant extra-regional actor, the United States, is shifting away from its traditional unilateral policy and encouraging regional cooperation. For instance, in his meeting with Arab leaders, President Barack Obama stressed that Iran is not to blame for all regional problems and that real challenges relate to domestic issues. Moreover, Obama recently warned the Israeli regime of dangers to Israel’s security if the JCPOA is sabotaged, hinting at a gradual shift in US perceptions of Iran.

At present, multilateralism can be operationalized in three respects:

First, by battling the growing terrorism and extremism manifested by groups such as the Islamic State, al-Qaeda and Jabhat al-Nusra, which have become an international threat. Confronting this kind of terrorism requires collective action and cooperation by all regional and extra-regional states. In this respect, Zarif’s proposal for the establishment of a “regional dialogue forum,” and at the next step a Muslim world forum, can be extended further and serve as a "regional/extra-regional dialogue forum” for resolving urgent issues.

Second, it is clear that the Syrian and Yemeni crises cannot be resolved without a workable and middle-way political solution followed by the establishment of inclusive unity governments. This can only be achieved through the collective action of relevant regional and extra-regional actors.

Third, encouraging collective action to establish a Zone Free of Weapons of Mass Destruction in the Middle East. Israel’s possession of nuclear weapons constantly increases the sense of insecurity across the region, especially among Iranians. From a regional peace and security perspective, the absence of efforts in this regard is an important obstacle to finding sustainable solutions for major regional problems, including the Palestinian issue. The issue becomes more significant when one takes into account how it connects domestic politics with regional policy principles.

The implementation of the JCPOA will remove all excuses around the necessity of deterring or containing Iran, thus unleashing a new potential for cooperation between regional and extra-regional actors to put further pressure on Israel to take meaningful steps in this regard.

Regional issues are unlikely to be solved via unilateralism, whether from Iran and Saudi Arabia or the United States and Russia. Rather, what is required is regional/extra-regional cooperation in a participatory and multilateral context. The full implementation of the JCPOA is a big step toward shifting from traditional unilateralism to a norm of multilateralism in the Middle East.