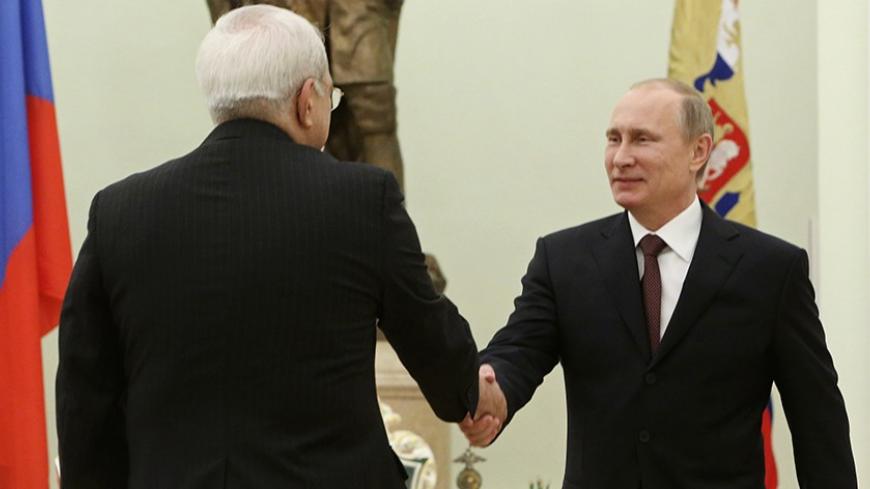 As a consequence of the crisis in Ukraine, dubbed rightly as a geostrategic rivalry between Russia (East) and the West (America) for defining their regional and global role and influence, the traditional debate of looking to the East or the West has once again become an issue in Iran’s intellectual and policy circle, and this has provoked the question of what actually should be Iran’s policy in dealing with such a crisis.

The crisis itself is not an urgent foreign policy matter for Iran. Because Iran doesn’t have joint borders with Ukraine, the issue doesn’t have a regional nature; rather, it is a great powers rivalry and the volumes of economic exchanges between the two countries are not that great. But since the two main sides of the crisis, namely Russia and the West (America), are directly involved with the two urgent foreign policy matters of Iran, i.e., the nuclear negotiations and the Syrian crisis, the issue becomes significant for Iran.

Russia is in a way Iran’s partner and international ally in the Iran-P5+1 (the five permanent UN Security Council members and Germany) nuclear negotiations and the main supporter of Iran in the Syria crisis. At the same time, Iran is on the path of détente and confidence-building with the West, and especially with the European Union, to lift the international economic sanctions against Iran. In such circumstances, how should Iran behave?

One perspective inside the country believes that Iran should naturally take the side of its friend, Russia. This of course doesn’t mean that Iran approves of Russia’s sending troops to Crimea. Rather, the main argument here is that Iran has common interests with Russia in containing the extension of Western influence in the region. Accordingly, the current increased relations between the two countries are based on a strategic logic and on preserving the states’ security and interests, as well as expanding regional cooperation. Meanwhile, any signs from Iran’s side showing that the country is orienting toward the West might persuade the Russians to change the current position in the P5+1 nuclear talks with Iran, which is to reach to a comprehensive deal. In other words, it is not in Iran’s interests that Russia perceive that improved Iran-West relations in any matter, i.e., the Ukrainian crisis, will be at the expense of Russia.

Yet another perspective believes that Iran’s policy in Ukraine should not be such that it sends the wrong message to the West on the verge of the current détente attempts. Iran should instead focus on the existing political-societal and economic realities, on good governance matters in Ukraine, and should oppose Russian military actions in Crimea, which can endanger the country’s territorial integrity. Subsequently, Iran can take advantage of the emerged opportunity to institutionalize its relations with the EU in areas such as energy transfer and regional political-security cooperation, taking some steps toward establishing confidence-building which are necessary for lifting sanctions.

But looking to the East or the West is rather a myth in Iran’s foreign policy orientation and doesn’t match the political-security and economic realities of the state in Iran. It is mostly related to the traditional intellectual-ideological debate in Iranian society to criticize the state’s actions. The reality is that Iran is an independent country and a rising regional power which gives most importance and attention to establishing close and strengthening relations with its “near-abroad” areas in the Persian Gulf, the Levant and Iraq, Afghanistan and South and Central Asia and the Caspian and the Caucasus. In this respect, the degree of propensity towards the Eastern or the Western blocs depends on the degree of the role and influence of these two blocs shedding weight in these regions, whether for containing the threats perceived to Iran’s security or increasing its role in preserving the country’s national interests.

In this context, Iran’s policy in the Ukrainian crisis should be such that it prevents any increased tensions between Russia and the West in its “near-abroad” regions. This policy should be based on “active neutrality,” according to which the prospective tensions and rivalries between major powers involved in the crisis are equated in favor of Iran’s relative security and national interests.

Such a policy should have three dimensions: First, following an independent trend and avoiding entering any East-West blocization. Indeed, Iran’s sources of power, such as its unique geopolitics, its ideology, its rich energy sources, cultural and civilizational characteristics, etc., force the country to follow independent political-security trends in the regional and global scenes. Second, playing a constructive role: Iran knows well that it is situated in an insecure geopolitical area. To bring stability which is necessary for its advancement and for decreasing the role of a foreign actor, i.e., America, which could be a source of political rivalry between regional states, Iran should play a constructive role in any regional crisis. And third, acting pragmatic, which means that Iran should follow polices that primarily preserve the state’s geopolitical interests and ideological values.

Previously and in the course of the 1990-91 Iraqi crisis, Iran followed an active neutrality policy when it contained the US threat by not taking the side of the Iraqi regime in its war with America. Iran also followed this policy in the 2001 Afghan crisis, when it helped the US forces, providing them intelligence to remove the Taliban regime, but not cooperating with the United States in the post-Taliban Afghanistan, trying to equate America’s threat. And again in the 2003 Iraqi crisis, Iran acted in a way to remove the Baathist regime, simultaneously containing the US security threat in the post-Saddam era.

Following active neutrality in the Ukrainian crisis will send the message to Russia and the West that Iran is an independent player that only involves itself in crises that endanger the country’s national and security interests in an actual way. This policy is matched with President Hassan Rouhani's pragmatic foreign policy approach, which primarily advocates a multilateral diplomacy and interaction with the international community. Focusing on an independent and strengthening regional role will also provide a better position for Iran in the course of a comprehensive nuclear deal.