For Iran, nuclear deal is not at expense of regional concerns

The Geneva nuclear deal between Iran and the West can provide Iran the opportunity to address regional concerns with its neighbors, particularly Saudi Arabia. 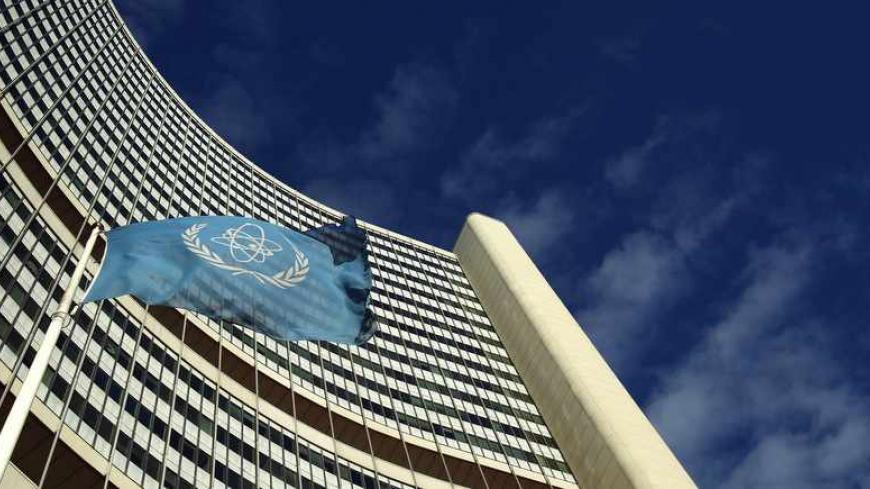 The flag of the International Atomic Energy Agency (IAEA) flies in front of its headquarters during a board of governors meeting in Vienna, Nov. 28, 2013. - REUTERS/Heinz-Peter Bader

With the Geneva nuclear deal between Iran and the P5+1, the ground for increased Iran-West cooperation for dealing with regional and global issues has been laid. But this development will not be at the expense of Iran’s increased regional relationships, which have been a fundamental priority of Iran’s foreign policy.

The prevailing view in the Arab world — especially among the conservative Arab regimes in the Persian Gulf, at the top of which is Saudi Arabia — is that a possible permanent nuclear deal with Iran is equivalent to increasing Iran-West, and especially Iran-US, relations at the expense of Arab countries’ interests.

But strengthening regionalism has been a constant in Iran’s foreign policy strategy for two reasons. The first is to decrease the role of outside power in regional affairs. The second is to withdraw from the traditional balance-of-power architecture and instead focus on a balance-of-interests strategy and regional cooperation.

From a realistic point of view, an increased foreign role — for example, the US role — in regional issues such as the Syrian or Afghanistan crises will minimize Iran’s role in its political-security backyard because the foreign actor seeks to impose its favorite political-security and economic trends in the state-building process in the post-conflict era. In doing so — and as experience shows — the foreign actor expands relations with friendly domestic factions and becomes a rival to regional countries, decreasing Iran’s role.

Meanwhile, focusing on the traditional balance-of-power setting will weaken regional cooperation, because it makes states such as Iran and Saudi Arabia check their power politically, economically and militarily. The result would be the preservation of US interests at the expense of these two regional states. Therefore, Iran would like to shift this setting into the balance of interests so that the relative security of the regional states is simultaneously preserved.

In this context, Iran has attempted to strengthen its regional relations at every opportunity. Despite the precarious situation in the Bahrain crisis, Iran has maintained traditional good relations with Saudi Arabia. Iran has also kept good relations with Pakistan’s government despite its anger from the activities of terrorist elements that are believed to be crossing the Pakistani border into southeast Iran. Iran seeks increased relations with Turkey despite tension over the Syrian crisis and the installation of NATO’s missile defense shield on Turkish soil. And Iran has carefully followed political developments in Egypt, trying to not take any side in the country after President Mohammed Morsi’s fall.

With Hassan Rouhani as Iran’s president and the coming to power of moderate technocrats, focusing on globalization trends and increased relations with the West have become central in Iran’s foreign policy. Issues such as removing sanctions, energy exports and attracting foreign investments — which require a certain degree of Iran’s integration with world economy — all depend on increased Iran-West relations.

At the same time, Iran is deeply involved in regional issues in which ideological principles and preserving the geopolitical interests of the state have been central in the conduct of its foreign policy. This affects its relations with other states in the region to the extent that the Iran-West relations are somehow affected by Iran’s regional policy. The prevailing view among Iran’s political-security forces is that Iran’s strategic value in dealing with the West is to keep strengthening relations with regional states, followed by implementing independent political-security policies.

Analysts tend to believe that the Geneva nuclear deal paved the way for Iran’s increased cooperation with the West in solving the Syrian crisis. Indeed, by connecting the perceived threat from the Syrian crisis to the principle of state geopolitical interests, Iran has been able to insist on its strategic goal of finding a political solution in Syria. In other words, by making a political consensus among its political-security forces, Iran could successfully connect its domestic politics with its foreign policy principles. This strengthened regional position has given the upper hand to Rouhani’s administration at the start of his term, a situation from which he can benefit in reaching a comprehensive deal with the West.

Yet, for a more effective foreign policy, the Rouhani administration would do better to bridge the two existing trends of globalization and regionalism in Iran’s foreign policy strategy. This requires Iran to address regional issues in a way that it can constructively impact international politics, in the context of preserving states’ common geopolitical interests, rather than traditional ideological inter-state relations that are shaped by factional politics. Issues such as preserving the state system, battling extremism and establishing a weapons-of-mass-destruction-free zone are significant in bridging these two trends. In this respect, Saudi Arabia positively responded to Iran’s nuclear deal in the context of the latter ones.

Implementing such a strategy could simultaneously expand relations with the West and remove the current regional concerns regarding Iran’s so-called hegemonic role. This could subsequently shift the existing win-lose situation in regional interstate relations into a win-win situation, possibly providing regional support for a sustainable nuclear deal between Iran and the West.