The Syrian army has taken control of Maaloula, and seems to be on the verge of recovering most of the region linking Damascus to Lebanon. 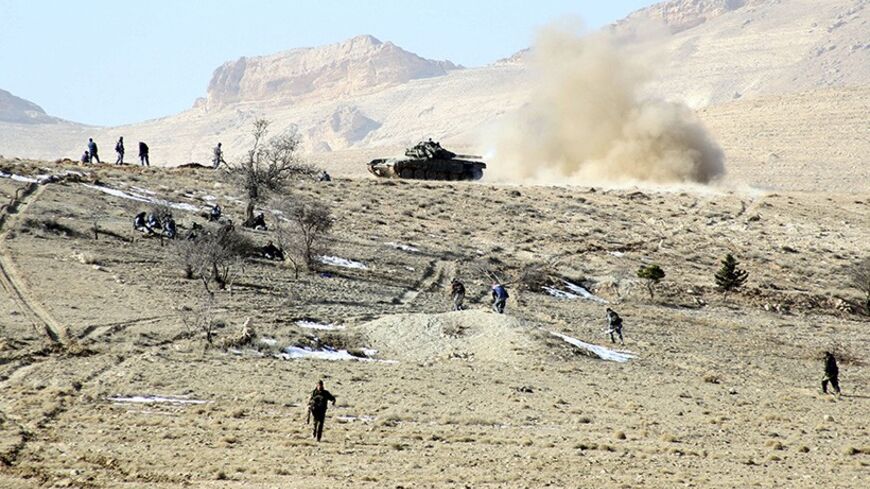 The armed opposition in the Qalamoun region continues to be beaten down. The army of the Syrian regime is continuing to advance in the region that separates Syria from Lebanon. On the morning of April 14, the Syrian army entered the village of Maaloula after the last of the armed opposition left. Maaloula is a small town about 20 km (12.5 miles) northwest of Damascus. Maaloula’s importance lies in being a Christian village with ancient religious ruins and a special symbolism for the Christians of Syria. Prominent sites include the Mar Taqla Monastery and the Saints Monastery, which has a rare collection of ancient Byzantine icons.

Maaloula had been occupied by armed opposition forces affiliated with Sunni fundamentalists since last September. The famous nuns of Mar Taqla were captured on Dec. 3, 2013, and released on March 9. The comment of the Melkite Catholic Patriarch of Antioch and All the East Gregory III Laham regarding the Syrian army taking Maaloula on April 14 was noteworthy; he greeted the Syrian army and said that Maaloula will raise its crosses again.

On the ground, Maaloula’s fall came after the March 16 fall of Yabrud, the most important stronghold of the armed groups in the Qalamoun region. This was followed by the fall of armed groups in surrounding villages beginning April 12 when the Syrian army took control of Rankous, between Yabrud and the town of Zabadani in the south. On April 13, on its way to Maaloula, the Syrian army took the small village of Sakhra.

As of this writing, there is information that the Syrian army is preparing to decisively end the battle in the village of Jbaadin. If this information is correct, only two small villages will still separate the Syrian army from Zabadani. They are Hawsh al-Arab and Asal al-Ward, which are not expected to put up a significant fight.

In the next few days, the Syrian army is expected to completely control the areas separating Lebanon and Syria.

After a series of developments in the field, all eyes have turned to two towns in the Qalamoun region: the Lebanese town of Tfail and the Syrian town of Zabadani, about 30 kilometers (18.5 miles) northwest of Damascus. Those two towns were the main sanctuary to which the gunmen from various fallen locations in Qalamoun fled, since the fall of Qusair and after the recent collapses.

According to reliable Syrian information, the gunmen are fleeing in a distinct pattern: Those who want to continue fighting have gone to Tfail, and those seeking “reconciliation” with the regime have gone to Zabadani. Note that Tfail is a Lebanese town located between the Syrian town of Yabrud and the Lebanese town of Arsal. Tfail is a Lebanese pocket protruding into Syria. Tfail cannot be accessed from Lebanon except through mountain roads that are not properly paved to handle cars, but it is accessible via a paved road from Syria.

Some say that the Syrian town of Zabadani long ago became a center for gunmen, who then started negotiating with the regime in the context of the so-called mechanism of national reconciliation. Thus, two events are being anticipated in Qalamoun: the fate of the Tfail gunmen, and the reconciliation process between the regime and the opposition in Zabadani. It will be important to closely watch how they unfold and for any repercussions on other towns.