Both Pollard, Barghouti should be released

Jonathan Pollard should be released on humanitarian grounds, but the release of prominent Fatah member Marwan Barghouti could resuscitate negotiations with the Palestinians. 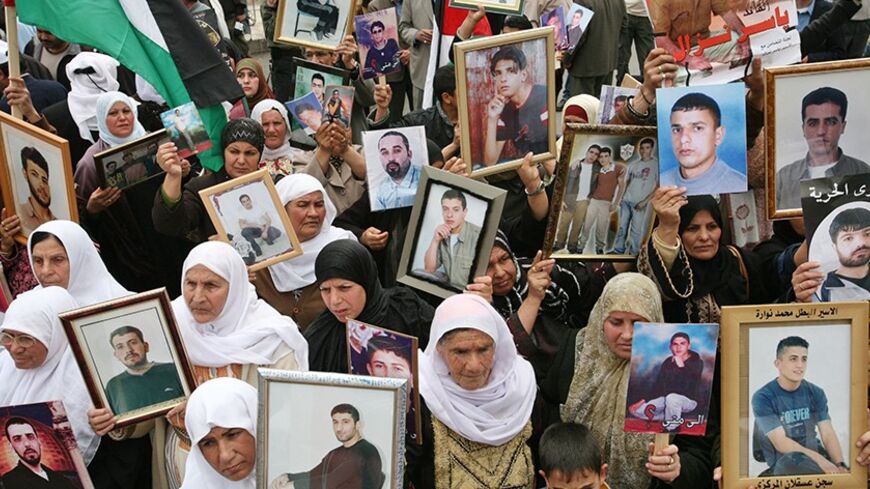 It happened about 20 years ago. Morris Pollard, Jonathan Pollard’s father, called my home in Washington. Unlike other relatives and public figures who fought for the release of his son, Morris never complained about anyone. He never protested that the government of Israel wasn’t doing enough to bring about Jonathan’s release and didn’t even claim that his son risked his life on behalf of Israel’s security. In a sad voice and a restrained tone, the prisoner’s father shared with me the deep pain that he felt and asked if I had any advice. I recalled that conversation with sadness when I heard three years ago that Morris had passed away at the age of 95, without seeing his son released from his prison cell.

Jonathan Pollard betrayed his country, but as the late US Ambassador to Israel Samuel Lewis told Amir Tibon of Walla! in January, 28 years in prison is more than enough time served. Even vindictiveness needs boundaries. Another year or two in prison will neither increase nor decrease the deterrent effect of his imprisonment on other potential traitors and spies. At the same time, the removal of the name Pollard from its agenda will free the American Jewish community from an affair that cast a heavy shadow over its loyalty to its country. A miserable individual like Pollard, whose physical and mental health is deteriorating by the day, should have already been sent home, regardless of the difficult state of the negotiations between Israel and the Palestinians.

In the same article, retired senior diplomat Thomas Pickering also expressed his opinion about Pollard’s release. The former undersecretary of state and ambassador to Israel and the UN said, “Diplomats have to take challenges and turn them into opportunities.'' He also declared, “Achieving a framework agreement is far more important than the continuation of Pollard's incarceration.” Pickering was absolutely right. Still, it seems that the idea that Pollard’s release will pave the way for the much longed-for framework agreement is little more than wishful thinking. Believing that Pollard’s release will change the rules of the game in the diplomatic process is a lot like using cupping therapy on the dead. What was depicted as a weapon that the Americans held back in case of emergency could, at best, extend the agony of the negotiations by a few more months.

Pollard’s arrest was not directly related to the conflict, and his release will not help end it and promote reconciliation between the two rivals. Actually, the contrary is true. The case of the prisoner is completely different from that of freedom fighters like South Africa’s late President Nelson Mandela, whose release was a formative event in that reconciliation process.

The day after his release, Pollard will likely become a key figure in the political right's struggle against a two-state solution and its campaign of incitement against the Barack Obama administration. The American Jewish spy has become a hero to the settlers. He has even been honored with the naming of an illegally occupied building in the heart of a Palestinian neighborhood in Jerusalem: “Jonathan’s House.” It is no coincidence that Pollard was quick to announce that if his release is part of a deal that leads to the release of Palestinian prisoners convicted of killing Israelis, he will forego his right to appeal to the US prison system’s parole board.

If, as Pickering says, US Secretary of State John Kerry is prepared to turn this challenge into an opportunity to advance peace, he will find the right person on the Israel Prison Authority’s list of security prisoners. His name is Marwan Barghouti, and he is the most popular Palestinian leader in the occupied territories. Since April 2002, he has been serving five life sentences in Israel for the murder of Israelis in a series of attacks for which he was held responsible as head of Tanzim, the militant faction of the Palestinian Fatah movement in the West Bank. At present, the leaders of Fatah and Hamas are competing among themselves over the privilege of bringing about his release in a prisoner exchange with Israel.

It is not only hard-core leftists like Meretz leader Zehava Gal-On who believe that Barghouti’s release could change the balance of power in the territories in favor of the peace camp. In a September 2007 interview by Mazal Mualem for Haaretz, Binyamin (Fouad) Ben Eliezer of the Labor Party, who was privy to classified intelligence information when he served as defense minister, said that Barghouti was influencing everything that was happening in the Palestinian Authority from his prison cell and that he was the only person with the power to “make Hamas knuckle under.”

Many people within the professional ranks of the security apparatus share the assessment of Ben Eliezer. They also believe that Barghouti will be the next leader of the Palestinians and that he is a real partner for a diplomatic breakthrough. “We have nothing to lose,” said Eliezer, who is now a presidential candidate. “We’ve been running around in circles. … We have to look for some creative approach.”

Adding Barghouti to the list of prisoners who will be returning home in the next wave of releases will provide an inestimable boost to the stature of Palestinian President Mahmoud Abbas, especially in his struggles with his opponents in Fatah and the Hamas leadership. A picture taken together with the man who was once one of the most outspoken supporters of the Oslo Accord could help Abbas overcome the settlement obstacle and remain at the negotiating table. At the same time, Pollard’s release might enable Prime Minister Benjamin Netanyahu to overcome the obstacle posed by the release of Palestinian prisoners who are citizens of Israel without seeing his right-wing coalition slip out of his hands.

But beyond all that, the commotion surrounding the release of prisoners is a distraction, diverting attention away from the core issues in the conflict: the border, Jerusalem and refugees.

Until Obama finds ways to get rid of the bizarre demand that the Palestinians define the character of the State of Israel and to prevent Netanyahu from humiliating Abbas by expanding the settlements, Deputy Minister of Defense Danny Danon and the other Likud hawks, along with Economy and Trade Minister Naftali Bennett and his colleagues from HaBayit HaYehudi, have absolutely nothing to worry about.