Secretary of State John Kerry ordered the review after receiving letters from lawmakers. 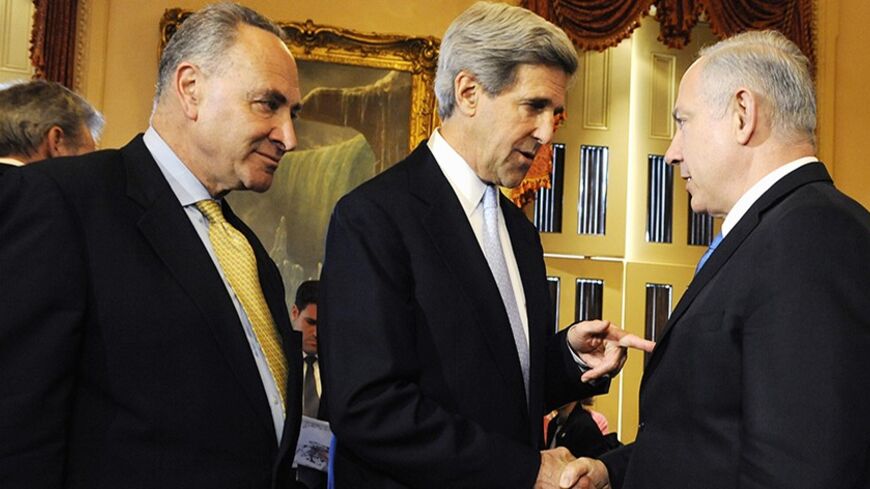 Secretary of State John Kerry has ordered a review of the surging visa rejection rate for young Israelis following a backlash from Jewish members of Congress, according to a letter obtained by Al-Monitor.

In the letter sent April 17 to Rep. Nita Lowey, D-N.Y., the State Department's assistant secretary for legislative affairs wrote that Kerry "shares" lawmakers' concerns. The secretary, it says, "has directed the Department to take a range of immediate actions to ensure that, consistent with U.S. immigration law, we make every effort to maximize the number of young Israelis able to travel to the United States."

"The Secretary has directed us to address these matters quickly and comprehensively," reads the letter from Julia Frifield. "The Department can and will do more to encourage and assist qualified Israelis to visit the United States."

The review follows a doubling of the rejection rate — from 16% to 32% — for tourist visas for Israelis between the ages of 21 and 26 from 2009 to 2013. The State Department says it has observed "increased rates of overstays and illegal employment," particularly for young Israelis who visit the country between the completion of their military service and the resumption of their college studies, but insists that the "perception by some that young Israelis are unwelcome" in the United States is flat wrong.

The surging rate has infuriated Jewish lawmakers, who have been getting an earful from their constituents.

Sen. Charles Schumer, D-N.Y., the chairman of the judiciary panel on immigration, wrote to Kerry and Immigration and Customs Enforcement Acting Director Daniel Ragsdale last month demanding that they end what he called a "policy of presumptively denying visas."

And Lowey, the top Democrat on the House Appropriations Committee, wrote to US Ambassador to Israel Daniel Shapiro a few days later urging him to make sure Israeli visa applicants aren't discriminated against. Lowey held a conference call on the issue with a constituent, JCC Rockland CEO David Kirschtel, last month after the Israeli girlfriend of Kirschtel's son was denied a visa to visit the family for Passover.

In her response to Lowey, Frifield laid out a five-pronged commitment to:

The pro-Israel lobby AIPAC, or American Israel Public Affairs Committee, has been urging Congress to grant visa-free travel to Israel. The State Department, however, has argued that Israel has not been willing to reciprocate, citing alleged discrimination against Arab Americans who want to travel to the country.

Frifield vowed to "report back" to Lowey in July on progress in implementing the proposals.

"I am pleased Embassy Tel Aviv and the State Department will undertake this full review of visa policies and have committed to making it easier — not more difficult — for young Israelis to travel to the United States," Lowey said in a statement after receiving the letter. "Our nations and our people share an unbreakable bond, and our visa policies should reflect that."