Recent polls reveal that many Palestinians in the Gaza Strip see Islamic Jihad as more consistent in its positions and more ready to retaliate against Israeli attacks. 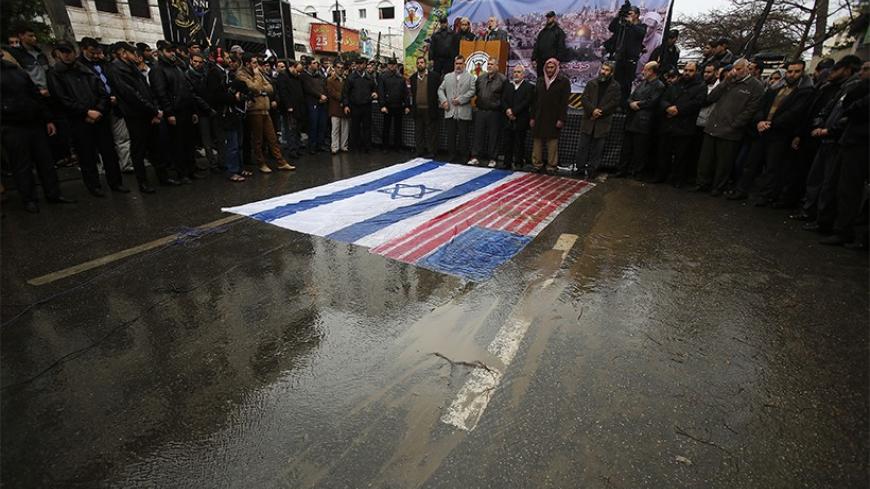 GAZA CITY, Gaza Strip — Despite the general harmony between Hamas and Islamic Jihad on political positions involving the Israeli-Palestinian conflict, a rivalry exists behind the scenes. The two compete to attract Islamist supporters and appear to the public as the group best suited to achieve the aspirations and hopes of the Palestinian people.

These Islamist movements use various methods to garner support, such as mass mobilizations, donating food and money to the poor, proselytizing and insisting on such Palestinian constants as the importance of Jerusalem and the right of return of the refugees. In general, they aim to fulfill the public’s wishes.

Although Hamas is more popular than Islamic Jihad, a recent poll by the Watan Center for Studies and Research in the Gaza Strip suggests increased support for the Islamic Jihad movement amid reports of declining popularity for Hamas. Among Gazans, 23.3% expressed support for Hamas, while 13.5% preferred Islamic Jihad. Fatah, however, was more popular than the Islamist movements individually, with the support of 32.9% of Gazans. Backing for the Popular Front for the Liberation of Palestine stood at 4.2% and 1.5% for the Democratic Front for the Liberation of Palestine. Of all those surveyed, 24.6% had no opinion.

Because Islamic Jihad has not participated in elections, it is difficult to determine its popularity in that respect. This latest poll suggests a rise in the group's popularity compared to the results of previous polls conducted by local research centers in recent years. In a 2010 poll, for example, Islamic Jihad registered only 1% in terms of popularity vis-a-vis other Palestinian factions. The Watan Center survey consisted of interviews with 467 people of both sexes and was conducted throughout the Gaza Strip on Feb. 9-17. The results were picked up by various media outlets at the end of March.

The burden of governance has cost Hamas popularity on the ground as it struggles to steer Gaza through the hardships associated with the Israeli-Egyptian siege and a series of economic and political crises. Political analyst Iyad Atallah explained, “Hamas suffers from declining grassroots popularity due to growing discontent caused by the lack of success in resolving livelihood crises for citizens, such as providing electricity and fuel, and solving the problem of the Rafah crossing.” He also explained to Al-Monitor, “Hamas came to power in Gaza and started running civil affairs for the citizens. That distracted the movement on many occasions from confronting Israel militarily, thus leaving the pro–armed resistance public to the Islamic Jihad movement, which still conducts organized retaliations against Israeli attacks.”

On March 12, the Al-Quds Brigades, the military wing of Islamic Jihad, launched 130 locally made rockets at Israel as part of a military operation dubbed Breaking the Silence. The attack was in response to the killing of three Islamic Jihad fighters. The group threatened that the response “will be of the same size as Zionist violations if they continue.”

Khader Habib, an Islamic Jihad official, told Al-Monitor that the movement has become more popular because it has stuck with armed resistance, has not granted legitimacy to Israel’s existence anywhere on Palestinian soil and has stayed away from governance and participation in the Palestinian Authority, which stems from the 1993 Oslo Accord. “We are a movement that refuses to let Israel go unpunished when it attacks our people, and we believe that becoming part of the ruling authority would be catastrophic. That’s the secret behind why more people are supporting us,” Habib asserted.

The results of the Watan Center poll were in line with those of a survey by Alam wa Sinaa, an Iranian university, involving 1,263 Gazans after March 2012 clashes between Islamic Jihad and Israel. The Iranian poll showed a clear change in attitudes among Gaza residents in revealing a rise in popularity for Islamic Jihad at the expense of Hamas, because the former adhered to the option of resistance to the occupation.

Islamic Jihad's Habib said his movement was closely following opinion polls about its support among the Palestinian street and asserted that it reinforces its leadership’s conviction that armed struggle is the only way to fully obtain Palestinian rights.

The analyst Atallah explained Hamas' situation, stating, “Hamas has more elements and more hardware compared to Islamic Jihad, but it doesn’t want continuous conflict with Israel,” he said. “A new military confrontation will cause material losses that would include the homes of citizens and possibly factories and iron workshops, resulting in more unemployed and people in need of shelter. This would increase the material burden on Hamas.”

Political analyst Hassan Abdo said that Islamic Jihad's decision to stick with armed resistance and immediately respond with attacks against the occupation are the main reasons for its increased support. He contended that immediately responding to the occupation inspires people, earns their admiration and fulfills their desire not to let Israel’s actions go unpunished, leading to increased popular support.

Abdo also noted that Islamic Jihad has stuck to its political principles, despite the local and regional changes around it. This is evidenced by the group sticking with its allies in Syria and Iran despite their current crises. Abdo believes this adds to Palestinians' impression that Islamic Jihad is more consistent in its positions as opposed to Hamas.

According to Atallah, Islamic Jihad’s continued alliance with Syria and Iran forces the movement to resist being silent in the face of Israeli attacks. “Islamic Jihad sticking to the Syria and Iran axis is a source of strength for it, especially in light of the lack of Arab funding sources for [the movement],” he said. On the other hand, he noted, Hamas’ alliance with Qatar has not been warmly received by locals. “[The Qatar-Hamas alliance] is something the Palestinians don’t want. … The Palestinians respect Qatar for its assistance and funds, but they fear a political role by [Qatar] because of its good relations with America and Israel.” 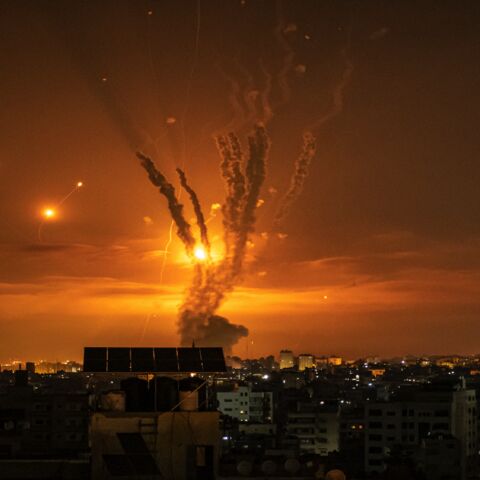