Tens of thousands of Iraqis are voting in Iraq’s parliamentary elections at polling stations throughout Iran. 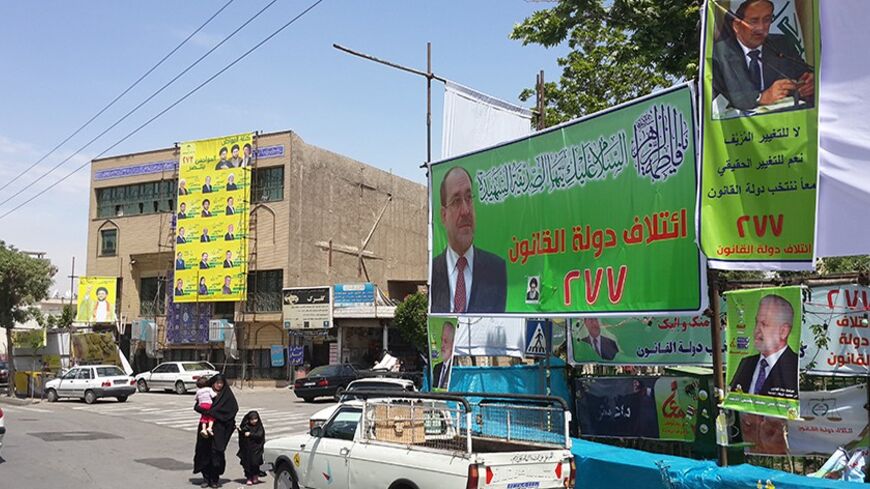 TEHRAN — He’s almost 90, paralyzed, sick, and unable to talk. Still, he insists on casting his vote because, as his son says, he wants to be buried in Iraq.

Abu Hussein is an Iraqi national who lives in Iran, where part of the Iraqi general election is taking place.

At the famous Iraqi neighborhood of Dawlat Abad in south Tehran, the ambience of the electoral contest can be felt with hundreds of pictures and large posters showing candidates and contending lists. It is as if the battle is being fought here.

Mohammed, 20, spoke to me as he prepared his water pipe; he has visited Iraq five times, but to him Iraq isn't home anymore. "I was born here, I like it here, all my friends, memories, plans are in Iran; in Iraq I'm not sure I can have the same security as in Tehran. Still, I'll vote for [Prime Minister Nouri al-] Maliki because I think he's the only one who is going to get us back to Iraq."

Tens of thousands of Iraqis live in Iran, most of them in the cities of Qom, Tehran and Esfahan; they came here during the reign of toppled Iraqi President Saddam Hussein, whom they accuse of committing atrocities against the Shiite population. Hussein Zobeidi, 65, fled Iraq in 1981 for Iran. "Several of my family members were killed by Saddam's thugs. My family here and I, we'll all vote to make sure the Baathists won't return," he said. I asked the reason why he's still in Iran, since Iraq is now a better place for him. He answered, "Terrorism is why we are still here; I don't think we are ready to take such [a] step in the meantime."

Iraqis in Iran are either native Iraqis who fled during the Saddam era, or Iraqis of Iranian origins who were asked to leave the country. Abu Mohammad Taqi is one of the latter, though his story is a bit different. "When I left Iraq I went to Syria. I worked there for years. I was in Kfarbatna but because of the war, I went to Iran." Abu Mohammed said he chose to go to Iran because of its stability and because many of his cousins are here.

The competition over votes from Iran is among Shiite factions, as most of the Iraqis in Iran are from Shiite areas. Maliki and former Prime Minister Ibrahim al-Jaafari are the most popular here, while Ammar al-Hakim and his bloc come third.

The main reason behind the support of Maliki is his crackdown on radical groups and his support of defiant Syrian president Bashar al-Assad.

Maliki is seen by his supporters here as a savior, though this is not what his opponents think. Many of those won't vote for the prime minister because they think he is behind the chaos storming Iraq.

Iranian media have showed a big interest in the election, though there was no obvious candidate that it showed support for. Iraqi channels dealt with the voting in accordance with their political affiliation while representatives of Arab media in Tehran cast a colder eye on the elections.

The Iraqi ambassador to Iran voted at the main polling center in Tehran. Mohammad Majid Al-Sheikh praised the process, explaining to reporters that there are 34,000 Iraqi citizens in Iran, 12,000 to 14,000 of whom are expected to cast ballots in the elections.