The municipal elections may have been a victory for Prime Minister Recep Tayyip Erdogan and the Justice and Development Party (AKP), but not necessarily a victory for Turkish democracy. 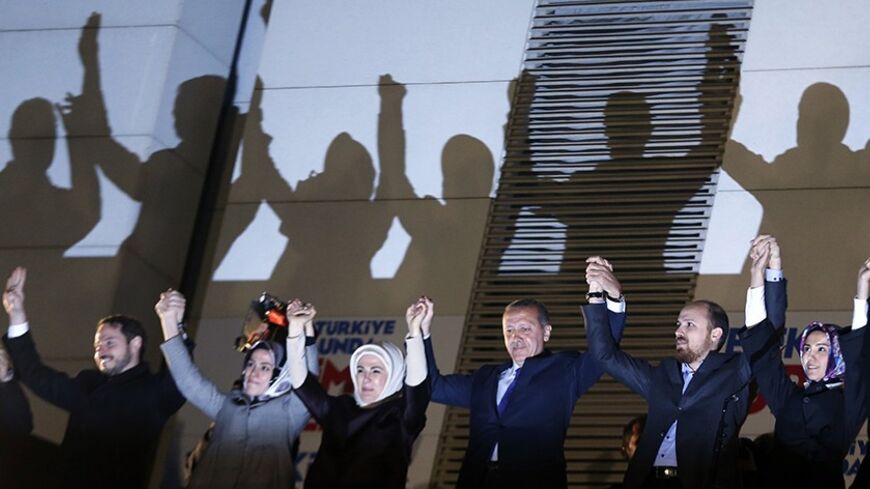 The first thing to be said about the results of the March 30 local elections in Turkey is that Prime Minister Recep Tayyip Erdogan is the clear winner. No one can dispute this. This does not mean, however, that the subject is closed for debate.

For one thing, it is hard to argue that Erdogan’s Justice and Development Party (AKP) won the elections “fair and square.” The existence of a democratic environment in Turkey would have had to be indisputable for that to happen. This, however, was clearly not the case.

Turkey today is under international scrutiny for having an elected leader whose authoritarian tendencies have begun to seriously erode the country’s democratic institutions. Erdogan constantly refers to the “sanctity of the ballot box,” but history tells us that elected leaders can do serious damage to democracy by manipulating public concerns and using parliamentary majorities to tamper with the basic principles underlying true democracy.

One is therefore justified in wondering whether Erdogan would have obtained the same result if he had not used his parliamentary majority to undermine Turkey’s legal system to protect himself and his government against charges of corruption. One is also justified in asking whether he would have gotten the same result if he had not curbed the free press, which in any genuine democracy acts as a watchdog against corruption in high places.

By using the AKP's parliamentary majority to bring the legal system under government control, and thus decimating the separation of powers principle, Erdogan stymied a legal case that would have revealed the extent to which his government is allegedly involved in graft. It is hard to argue that this revelation would have had no effect on the elections' outcome. The prosecutors who brought the charges against members of Erdogan's government, resulting in the arrests of the sons of three key ministers, have all been dismissed or replaced by the government.

Meanwhile, their case files containing incriminating evidence from their investigation have been buried, or as some are claiming, destroyed. Put another way, the truth of the matter was not allowed to emerge. It may be, of course, that the accused are innocent, as the AKP claims, but it is up to the courts to prove this. Before the elections, however, Erdogan insisted that the results of the local elections would clear his name, thus trying to divert public attention away from the legal process and toward the political process.

The way the government went after the prosecutors investigating government corruption and the legal changes introduced by the AKP, putting judges and prosecutors under the control of the minster of justice, suggest that there are concrete reasons why the AKP had to keep this case out of the courts.

Erdogan’s handling of this affair prompted his new enemies within the state apparatus — members of the Islamist Gulen movement, once Erdogan's close allies against their common enemy, the Kemalists — to resort to underhanded means to inform the public about the scope of government corruption.

The result was a series of leaks via the Internet of incriminating recordings of conversations that are highly embarrassing to Erdogan and his government. Some of them are reportedly legal recordings by investigating prosecutors, while others are said to be illegal and made after news of the corruption scandal broke on Dec. 17.

The response by the Erdogan government to the leaks has been to pull the plug on Twitter and YouTube, albeit with little success as far as the urbane users of social media are concerned. The strategy of curbing social media was, however, clearly a success in regard to the less urbane masses in Anatolia and Turkey’s large cities. This was all Erdogan really wanted in the end. He was unconcerned that secular, European and liberal social elements who do not support him anyway were accessing Twitter and YouTube by other means.

It is evident from the 45% of the overall vote the AKP won in the local elections that Erdogan’s strategy of converting the “Dec. 17 corruption scandal” into the “Dec. 17 coup attempt” was also successful. With the aid of a pro-government media, reinforced after the AKP’s business cronies began buying mass circulation dailies at Erdogan’s behest, the conservative masses — which still constitute a significant portion of Turkey’s population — became convinced that Erdogan is facing a Western-led conspiracy to topple him.

This brings us to why Erdogan invoked Egypt so much during campaign rallies and made sure to salute supporters of the Muslim Brotherhood in his victory speech after the elections. Erdogan’s incessant references to “outside forces” being out to topple him ties into this as well.

Since the July 2013 coup in Egypt, Erdogan has constantly vilified those who overthrew the democratically elected President Mohammed Morsi and his Muslim Brotherhood-led government, with which religiously conservative Sunni Turks closely identified. He also used angry language against the West for refusing to call the coup in Egypt a coup and showing the military-installed government in Cairo more tolerance than it would had the coup taken place in a non-Muslim country.

Erdogan’s main appeal among the religiously conservative masses in Turkey is not only due to the fact that he is a devout Muslim. Erdogan’s appeal is also the result of his having clipped the wings of a hated secularist military that since the founding of the Republic of Turkey had looked down on the extremely devout as reactionaries who had to be kept at bay at all costs, even if it required a coup. This also explains why the Kemalist, main opposition Republic People's Party (CHP) does so poorly in elections in the conservative heartland of Anatolia, a situation that repeated itself this time as well.

By constantly referring to Egypt, Erdogan was in effect telling Turkey’s religiously conservative elements to be on the alert against external conspiracies aimed at undermining their democratically elected and devout prime minister, and thus prevent what happened in Egypt from happening in Turkey. This strategy helped provide Erdogan with a strong return. This, however, was a victory for Erdogan at the ballot box, but not necessarily a victory for democracy and the rule of law in Turkey. It is telling that the first leader to call Erdogan to congratulate him on his victory was Russian President Vladimir Putin.

Erdogan’s vindictive victory speech after the elections, highlighted by Fehim Tastekin in his March 30 post for Al-Monitor, shows that democracy may be further eroded now that the elections have passed. The Guardian’s Simon Tisdall, a long-time observer of Turkey, also underlines this fact in his piece headlined, “Turkey's election may ironically have dealt a blow to democracy.” Tisdall suggests Erdogan could use this result to justify further clampdowns on press freedom and protests in the name of “defending national security.”

Another element to highlight is what economists are saying — namely, those who voted for Erdogan may have done so for his conservative and Islamic values, but they also wanted to preserve the relative economic stability Turkey has experienced under the AKP.

That stability was shaken badly after the corruption scandal broke on Dec. 17, but the Turkish lira began gaining dramatically against the dollar and the euro, while the Istanbul stock exchange returned to a positive curve, after it became clear to international finance that the AKP would be the clear winner of the local elections.

Some are speculating now that this will have a calming effect on the government, forcing it to restore the positive international image Turkey had only a few years ago by returning to a reformist agenda aimed at enhancing democracy. The government’s critics remain skeptical, however, arguing that there is little evidence for this in Erdogan’s victory speech.

What appears certain at this stage is that political calm and social stability in Turkey, regardless of whatever short-term profits international financial observers see in Erdogan’s electoral victory, still seem to be a remote prospect for the immediate future.

That there are presidential and general elections coming up, and that they will obviously be hotly contested, also suggest that Turkey will experience more, not less, domestic tensions for sometime to come. Erdogan may have gotten 45% of the vote this time, but it must be remembered that 55% of the electorate, scattered among various parties, did not vote for him and are not happy with his rule.