Prime Minister Recep Tayyip Erdogan says a decision of Turkey’s Constitutional Court, which could be responsible for dealing with corruption allegations against his administration, has “denigrated national values” by overturning his ban on Twitter. 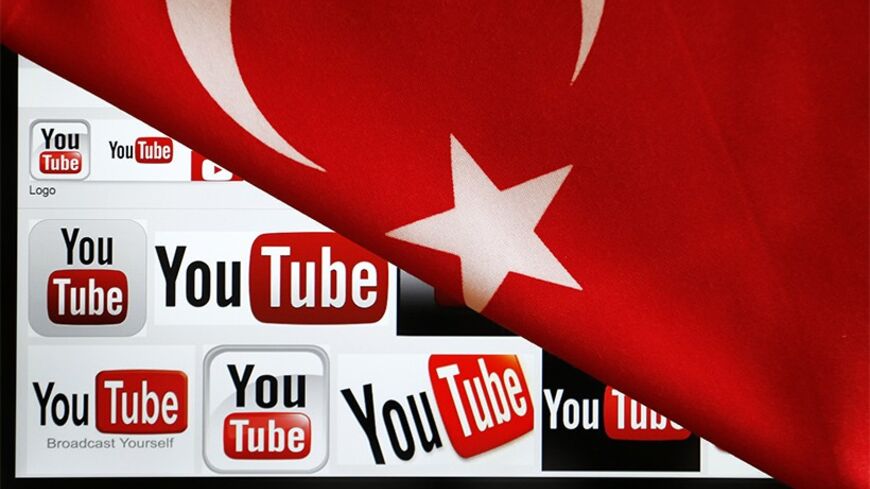 On April 2, Turkey’s Ankara-based Constitutional Court decided unanimously that the government must immediately end the ban on access to the social media site Twitter. The ban had gone into effect on March 20, only hours after Prime Minister Recep Tayyip Erdogan vowed to “root it out.”

On April 4, Erdogan provided his first public reaction: “We have to obey the Constitutional Court’s decision, but we don’t have to respect it,” he said. “While the court sided with an American company in this decision, it denigrated our national values.”

Riza Turmen, a former judge on the European Court of Human Rights (ECHR) and a member of the main opposition Republican People’s Party (CHP), indicated later that day that he was puzzled by the prime minister’s remarks, and wondered whether "our national values trump human rights and the rule of law.” At a news conference at the Turkish parliament, Turmen said, “One may dislike a court decision, but all have to respect the decisions taken by the courts. The judiciary inevitably has a role to put the brakes on the political authority.”

Making an exception to his usual practice by taking reporters' questions on April 7, the top judge of the Constitutional Court, Hasim Kilic, stressed that the court’s decision is definitive and in full compliance with the law of the land. “Let me be clear: The parliament decided to make a change in 2004 in the constitution regarding people’s basic rights and freedoms. Article 90 clearly states that on issues concerning our basic rights and freedoms, if there is any conflict between our local laws and international agreements and charters, the international agreements take priority. In such cases, therefore, we apply the international agreements [that Turkey has accepted and been a signatory to],” Kilic said on April 7. In fact, Al-Monitor reported on March 21 about a previous ruling of the European Court of Human Rights on a similar case, and Kilic was simply referring to it.

In that case, Yildirim vs. Turkey, the ECHR on Dec. 18, 2012, ruled that the Turkish government had blocked access to a specific website in its entirety, and considered this to be a violation of basic rights, freedom of speech and the free flow of information.

Moving on, Kilic added, “I believe no court decision is based upon any nationality, religion or ethnicity. The court decisions are universal. In a session headed by me, the court reached a unanimous decision on the [Twitter] case. There could be some emotional reactions critical of our decision. We approach those reactions with empathy.”

While Erdogan has continued to challenge the court’s decision and expressed the belief that it needs to be overturned, he vowed on April 8, during his weekly parliamentary speech, that he would become even more aggressive against the US-based Sunni cleric Fethullah Gulen and his followers. Since Erdogan, his family and his cabinet members became the suspects of a graft probe, the prime minister has feverishly claimed that Gulenists had created a “parallel state,” mainly in the judiciary and the security law enforcement units, and were taking aim against his government to bring him down.

“My nation waited in patience following the Gezi [Park] incidents [of late May-early June]. It stayed strong against the coup attempts of Dec. 17 and 25,” Erdogan said April 8. The Dec. 17 probe initially landed three cabinet ministers’ sons behind bars for alleged involvement in corruption and bribery, followed by their fathers’ expulsion from ministerial positions. The government did not allow a planned Dec. 25 operation to take place. Instead, the Erdogan government, in apparent reaction to the investigation, reassigned thousands of police officers as well as hundreds of judges and prosecutors.

All that aside, though, Erdogan said on April 8 that the people’s message had been clearly heard through the March 30 local elections that delivered triumph to his party. “The most important message our people sent us was their instruction to fight against the parallel state,” he said.

In sum, Erdogan has been claiming since the graft probe became public that this parallel state was mainly grouped in the judiciary and law enforcement. The local election results clearly show that he was able to persuade voters that the Gulenists were a bigger threat than the allegations revealed by the graft probe, and that only he has the will and power to fight against Gulen's followers. However, until now, there had been no doubt about the sanctity of the Constitutional Court.

Erdogan appears to be attacking this high court’s decision about Twitter with a strong narrative saying the top judges of the country have gone against the country’s national values and interests. According to the Turkish Constitution, the country’s prime minister, as well as the top echelons of government, can only stand trial before the judges of this high court; one cannot help but wonder whether Erdogan is aiming at this Twitter decision to basically shake the credibility of judges who could be hearing cases involving the corruption charges in which his administration has been implicated.