Iran cleric warns of takeover attempt on Assembly of Experts

Ayatollah Ahmad Jannati has alerted listeners to a planned takeover of the Assembly of Experts, the body that chooses and monitors the activities of the supreme leader. 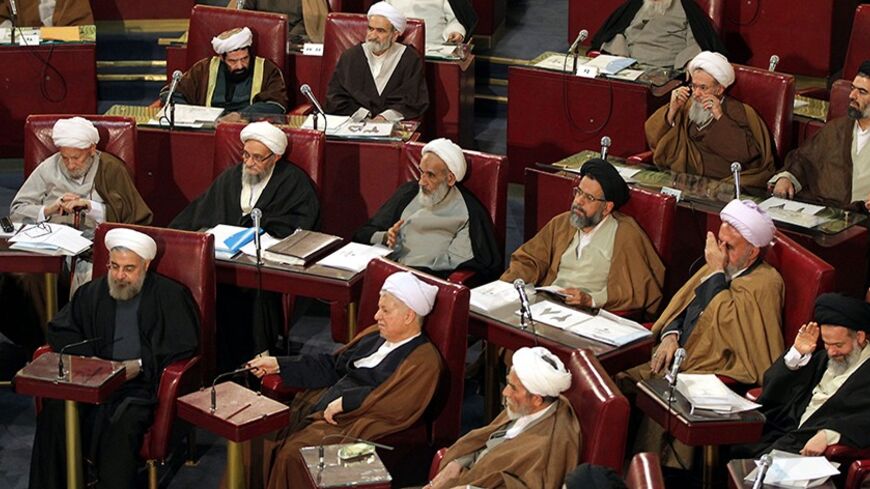 Ayatollah Ahmad Jannati, one of the most powerful clerics in Iran, has warned of a plot to take over the Assembly of Experts, a body that chooses and monitors Iran’s supreme leader.

While Jannati’s March 30 speech in Mashhad was vague and did not accuse any specific group of being behind such a plot, his comments made headlines across conservative and hard-line websites in Iran and have raised questions and inspired speculation on social media about succession after the rule of Supreme Leader Ayatollah Ali Khamenei ends.

“Election of the experts is extremely important because it is related to the supreme leader and the pillars of the revolution, and some are right now planning to seize the Assembly of Experts,” Jannati warned.

The Guardian Council, headed by Jannati, is a hard-line body that vets candidates for elections in Iran. In his speech, Jannati called the council an “impenetrable stronghold.”

The next elections for the Assembly of Experts, which consists of more than eighty scholars of Islamic law, are held every eight years and next scheduled for 2015.

The Assembly of Experts is currently headed by Ayatollah Mohammad Reza Mahdavi Kani, a conservative cleric who founded and heads Imam Sadegh University and the secretary of the Combatant Clergy Association.

The previous chairman of the Assembly of Experts was Ayatollah Hashemi Rafsanjani. After less than four years in the position, in March 2011 he was replaced by Mahdavi Kani in what was viewed by some as a sign of Rafsanjani’s decreasing influence. After the 2009 elections, he had not taken a strong position against the Green Movement leaders or protests, which was essentially viewed as tacit support. Rafsanjani is still a member of the Assembly of Experts, but attacks on him by hard-liners and the hard-line media have continued unabated.

After the death of Supreme Leader Ayatollah Ruhollah Khomeini in1989, it was the Assembly of Experts that chose Khamenei to succeed him. The decision was supported by Khomeini confidant Rafsanjani.

Today, the Assembly of Experts is not active in monitoring the decisions made by Khamenei. However, should a sudden change in Khamenei’s health or other unexpected event occur, the assembly would have a great deal of influence in choosing the next supreme leader. Undoubtedly, powerful institutions and figures within the Islamic Republic would have a great deal of influence over some members assembly members in deciding who the next supreme leader will be.