The US Department of State is "very concerned by any suggestion that social media sites could be shut down.” 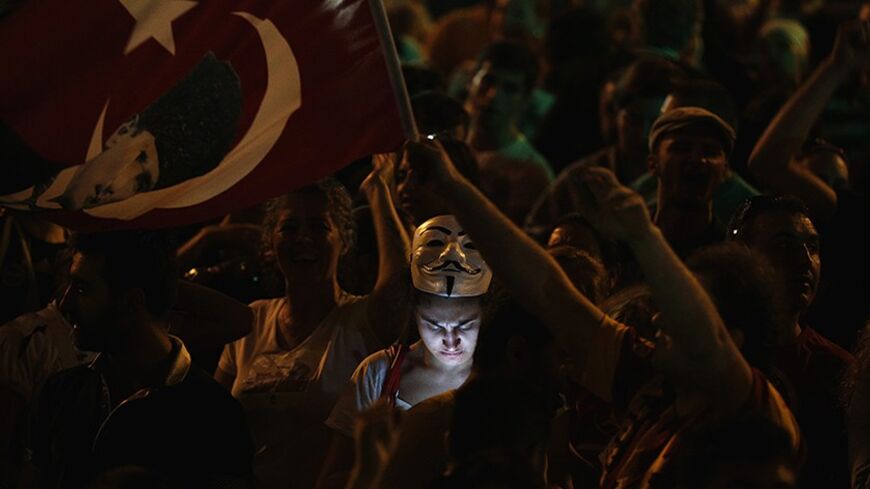 A protester uses her mobile phone during a demonstration at Taksim Square in Istanbul, June 8, 2013. - REUTERS/Stoyan Nenov

Twitter appeared to be abruptly blocked for many users in Turkey Thursday, March 20, after the Turkish Prime Minister’s office announced that the social media microblogging site would be banned in Turkey.

"In the ongoing situation, Twitter has remained indifferent to remove certain links despite court orders favoring the citizens of the Turkish Republic,” a statement from the Turkish Prime Minister Recep Tayyip Erdogan’s office, published by Sabah and translated by Al-Monitor’s Tulin Daloglu, said.

“We came to [the] conclusion that in order to relieve our citizens, there is no way left beyond blocking Twitter, which disregards court orders, does not obey the rule of law,” the statement said. “Our Prime Minister has drawn attention to this issue in his Bursa rally speech."

The US State Department expressed concern at the reported development.

Twitter Inc. said it was investigating the situation, and was meantime advising customers in Turkey that they could bypass the new restrictions by typing in text on their mobile phones.

“We remain very concerned by any suggestion that social media sites could be shut down,” a State Department spokesperson said in a statement provided to Turkish blogger Ilhan Tanir Thursday. “Democracies are strengthened by the diversity of public voices.”

“An independent and unfettered media is an essential element of democratic, open societies, and crucial to ensuring official transparency and accountability,” the State Department statement continued.

Twitter “published a message on its service on Thursday advising users in Turkey that it was possible to send Tweets using mobile phone text messaging,” Reuters reported.

Sources in Turkey told Al-Monitor, however, that based on the new Internet law approved Feb.17, no one will be able to change their IP or DNS address to access to the internet — every click, every move, will be stored for two years. Those who violate this ban — meaning those who find an alternative way to access Twitter from Turkey — therefore could also be considered in violation of the law.

In June 2013, Erdogan had referred to Twitter as a "scourge."

"The biggest lies can be found there. This thing called social media is currently the worst menace to society,” Erdogan said, as recounted by Semih Idiz in his article on the Internet law.