As Turkey counts the votes in the March 30 municipal elections, political volatility is likely to continue. 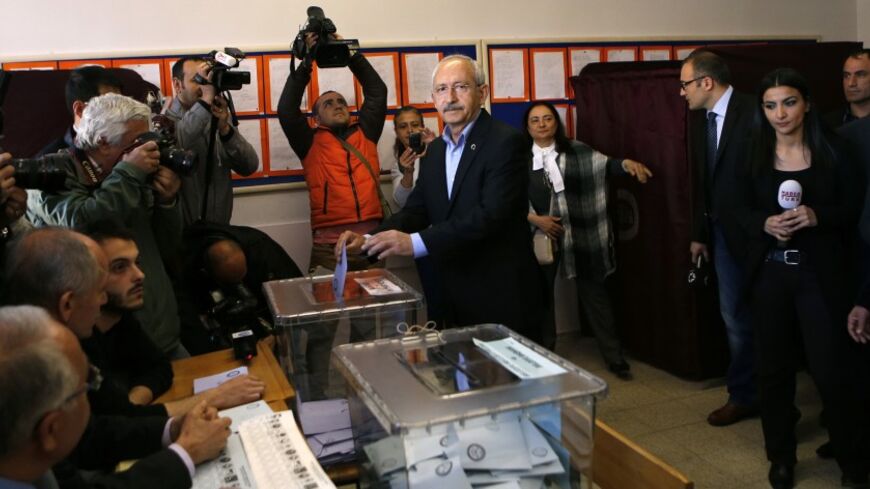 ISTANBUL — Turkey’s polarization has reached such levels that, despite hopes that the March 30 elections would soften it, initial results indicate just the opposite is likely.

It was difficult to talk of a definitive early trend because two major news agencies were reporting widely divergent results. The reports of the semi-official Anatolian Agency clashed with the numbers from the Cihan News Agency, which is owned by partisans of the Gulen movement. This only confused Turks excitedly trying to learn what was happening from their TV screens.

While Anatolian gave the impression that the Justice and Development Party (AKP) government was winning a thunderous victory, Cihan, which in earlier elections gained a reputation for reliable coverage, was reporting very different figures.

In the past, it was usually possible to detect the general trend of election results by 10 p.m. But not this time. In major cities such as the capital, Ankara, and Istanbul, the contest between the ruling AKP and the major opposition Republican People's Party (CHP) was very tight, and definitive results were not going to be available until Monday morning.

Still, the CHP candidate in Ankara declared victory on Sunday night, even though there was no official announcement of a winner. In Istanbul, the CHP candidate appeared to have a slight edge. In southeast Turkey, which the Kurds call northern Kurdistan, the Peace and Democracy Party (BDP) — the legal representative of the Kurdistan Workers Party (PKK) — performed unexpectedly well and won elections by safe margins even in places previously won by the AKP. This result, apart from providing a base for the PKK and BDP to have the autonomy they aspire to, may well have other unseen ramifications for the overall political equation of Turkey.

If these elections are to be a yardstick for presidential elections in August, the vote percentages so far don’t appear to be adequate to carry Prime Minister Recep Tayyip Erdogan to the presidency. In the June 2011 elections Erdogan received 50% of the votes. That is why he skillfully turned these local elections into a “vote of confidence” or a “referendum” for himself after a series of blows against his party and his person.

Any percentage below 50% and even 45% can well be interpreted as disapproving of Erdogan’s desire to be a “one-man authoritarian ruler.” But possible emergence of Erdogan’s AKP as the undeniable number one party will have serious implications for the political equation of the country in the near future.

The early outlook is that a much more complicated period is in store for the country. The municipal elections have only confirmed our earlier predictions that the country will be in political turbulence at least until the presidential elections.