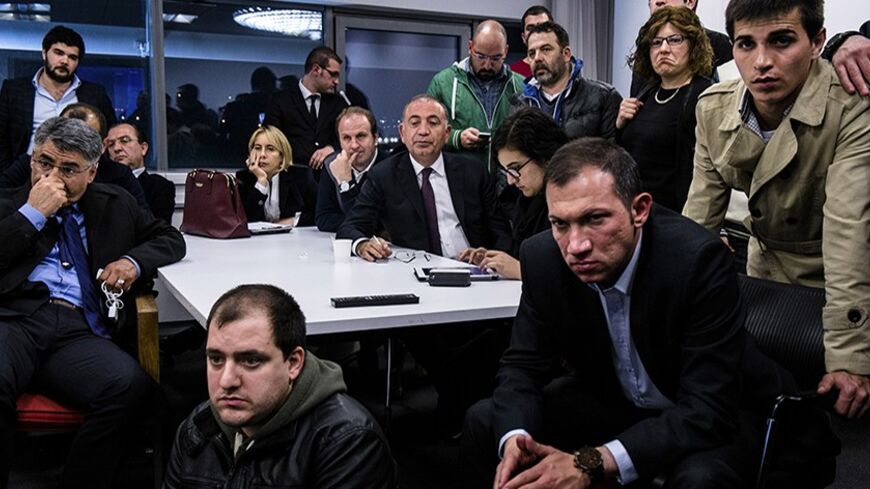 ANKARA, Turkey — The ruling Justice and Development Party (AKP) increased its nationwide vote by 7% in the March 30 local elections compared with the ones in 2009. It emerged victorious in 49 of 81 metropolitan municipalities. It won 29 cities with a clear majority, and only fell below 40% of the vote in four of the cities in which it triumphed, showing once again that it has a homogenous presence across the country.

Prime Minister Recep Tayyip Erdogan turned this election into a confidence vote following the Gezi Park protests and the graft probe that brought even his family members under judicial review, and he proved to be unshakable at the ballot box. While the opposition parties appeared to have all the political weapons needed to score against Erdogan, they were the losers.

This was the eighth election since the AKP took power more than a decade ago in which the opposition has failed to score an overall electoral victory. The AKP received 44.18% of the vote while the main opposition Republican People’s Party (CHP) received 28.61%, according to unofficial results. The Supreme Election Board (YSK) is expected to announce the official results by Tuesday, April 1, or Wednesday, April 2, at the latest. Appearing before the cameras on Monday, March 31, seemingly in complete denial, CHP leader Kemal Kilicdaroglu said, “We are coming to power by gaining strength. We may not have the votes we expected, but we have an upward trend — slowly but surely. We will reach out to more people [for the next election.]” The CHP increased its vote by a little more than 5% compared with the 2009 local elections, but failed to pass the psychological threshold of 30% nationwide.

The opposition parties insist on not getting the people’s message. They don’t offer the public candidates who could make a difference by coming up with concrete plans that promise a better future. They find it easy to criticize those who receive food and social aid from the AKP. The opposition built the theme of this election over the Dec.17 graft probe; this, however, was not enough to overcome the psychological gains the Erdogan camp has made since it took over the Istanbul and Ankara municipalities two decades ago. And people long ago lost their belief in politicians’ ability to provide clean governance; there has been corruption aplenty in Turkey. Moreover, the CHP opted to stay neutral in the fight between the AKP and the US-based Sunni religious leader Fethullah Gulen and his followers, the Gulenists.

As reported here earlier, Erdogan managed to find some odd support, even from the opposition that questions the sincerity of the Gulenists. After all, Erdogan is correct that Gulenists, initially with his help, have boosted their presence in key state institutions such as the judiciary and the security establishment, and there is a vocal chorus from people viewing them with deep suspicion. Erdogan framed the public debate in terms of there being a foreign hand behind all these developments, and the public — still having difficulty balancing between tradition and modernity — seems to have chosen to trust Erdogan.

Many are frightened that if Erdogan goes, the secular camp will start imposing a ban on headscarves and they will again start feeling isolated and ignored. Yet CHP members in the Ankara beltway speculated that the Gulenists’ support would carry the party to victory. In that case, it was either that the Gulenists who did not keep their promise to the CHP candidates (specifically in Istanbul) or that they really don’t constitute more than 3% to 5% of the vote — not enough to have a decisive impact to shape the outcome of any election — with their power actually being concentrated at key state institutions shaping the direction of the country.

Erdogan threatened the Gulenists in his victory speech in the early hours of March 31: “They penetrated our state institutions for the past 35 or 40 years,” the prime minister said, addressing the public from the balcony of his headquarters in Ankara. “We became the victim of our own goodwill. But it is now time to eliminate them within the legal boundaries. Neither we nor our people tolerate them.”

When asked Monday about the Gulenists, Kilicdaroglu chose not to express his thoughts on them, but instead talked about election irregularities. “We will file our complaints in several places, including Ankara,” he said. His Ankara mayoral candidate, Mansur Yavas, had declared victory just hours after the vote count started, and he insisted that there was fraud in the Ankara elections. “It is scandalous that the YSK did not enter [into the computer] the results of the Ankara election, whereas they were able to enter Istanbul’s, a bigger metropolitan area.” He added, “Our volunteers are entering the results [into the computer] one by one, and we will detect each and every irregularity.”

After the election board's official announcement, there is a 48-hour period to object to the election results. In Ankara, AKP Mayor I. Melih Gokcek declared himself the winner; CNN Turk reported late Monday that he had 44.8% to Yavas's 43.8%, a difference of 30,000 to 35,000 votes. Murat Sahinoglu, one of the founding members of the 3,500-strong election observer group Ankara's Votes (Ankara’nın Oyları) told Al-Monitor, “Big or small, some fraudulent activities took place here in Ankara.” Sahinoglu added, “We have roughly 10,000 records — signed results of the ballot boxes, and their pictures — and our volunteers are doing their best to enter them into the computer, and we will then be able to compare them with the officially announced results.”

Ankara's Votes member Omur Yuksel Bas told Al-Monitor: “Melih Gokcek may win the Ankara election by fraud, but I am confident that there is no massive fraud to cast doubt over the election across the country. AKP has a clear victory in the elections.” She was an election observer at Pursaklar, less than an hour's drive from downtown Ankara. “I thought I was assigned to a duty in Yenimahalle just the day before the election. But I received a phone call and was told that the CHP Pursaklar organization resigned all together just the night before the election. People speculate that they either sold out, or some other mysterious thing happened.” She added: “The CHP traditionally does not get more than 5% of the vote in Pursaklar, but they got 15% this time. That is why we, as the observers, are having difficulty in comprehending the results in full for now.”

Didem Akar, another volunteer election observer with Ankara’s Votes, sounded the same caution: “Look, we heard late last night that Interior Minister Efkan Ala paid a visit to the Supreme Election Board. We also heard that Melih Gokcek also visited the YSK. There is all sorts of speculation that the media organizations stopped updating the Ankara results during the time of their visit. Mansur Yavas had just started to lead. Then, Gokcek scored a victory. It is difficult for us to know exactly what really happened there. However, we can’t help but wonder whether there was an attempt to fix the Ankara election results.”

A CHP member who asked not to be named told Al-Monitor, “The YSK insists not entering into the computer the results of 300 ballot boxes. We know that when they enter the results, we win this election. We are, however, assuming that they are going to be held back until 3 p.m. on April 1, the time the parties can object to the results. They will hopefully use this as a face-saving tool, and then declare the CHP as the winner of the Ankara election.” There were also unexpected electricity shortages across Ankara during the vote count.

In fact, many on the Ankara streets expressed doubts about the Ankara election result to Al-Monitor. “I have to put this on the record. Unfortunately, the CHP was not organized at all. Many CHP election observers got bored after waiting for long hours,” Sahinoglu told Al-Monitor. “Probably 80% of them went home before the vote count was finalized, or before they returned the sealed votes to the officials at the YSK.” More than 90% of the people voted in this local election. Volunteer election observers expressed jubilation and contentment about spending their time overseeing the security of the ballot boxes, but they also sounded demoralized over the potential manipulation of the election result.

The YSK has yet to announce the official result, but the CHP has already announced that it will protest the results in Ankara. Until this process ends, it may be wise to step back before declaring an AKP victory here in the capital. But that is not to deny Erdogan’s victory in one election after another.