Turkish Prime Minister Recep Tayyip Erdogan, who saw the polls as a means of vindicating himself from corruption accusations, appears to be declaring war on the Gulen movement. 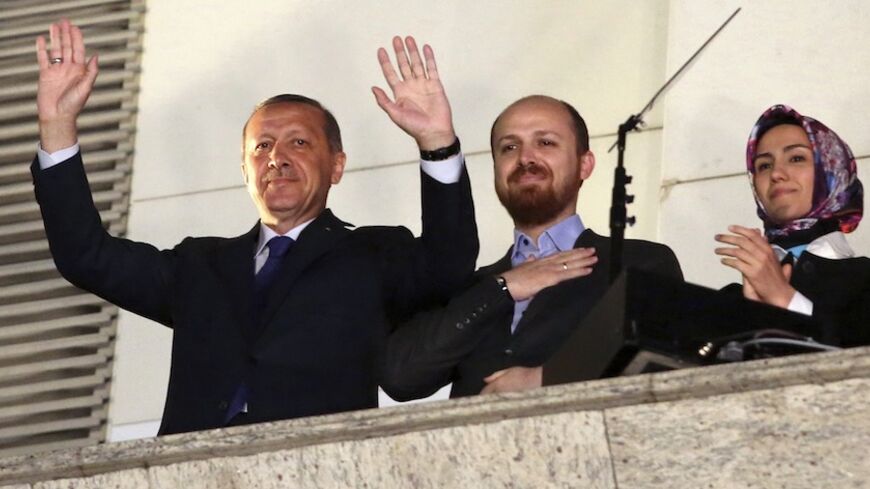 Though beleaguered by corruption accusations, Turkey’s Justice and Development Party (AKP) remained true to style in the March 30 local elections, displaying its political mastery and power of manipulation.

The opposition compares the result with the last general election outcome and sees it as a setback for the AKP and thus as the beginning of the end for the party. The AKP, on the other hand, takes the previous municipal election result as a positive basis and argues it has received a strong vote of confidence.

The second tactic the AKP employed was to use the ballot box as a mechanism to clear itself from corruption accusations and get the opposition condemned. Erdogan had disabled the judiciary and the police ahead of the elections to thwart the corruption probes. He will now continue on his path, saying that “the people have acquitted him at the ballot box.”

The AKP-CHP (Republican People's Party) race was suspenseful in Istanbul and in the capital, Ankara, both of which are of critical importance. Erdogan’s calculations more or less materialized. The result may have failed to deal the AKP a blow as strong as the opposition desired, but one reality remains unchanged: More than half of the electorate refuses to buy Erdogan’s argument that the ballot box legitimizes his government. The outcome does not change the fact that the more Erdogan has grown authoritarian, the more he has lost his ability to govern. Hence, he now has two options: either engage in self-criticism, as parliament speaker Cemil Cicek suggests, and opt to normalize the country, or stick to his oppressive style.

Since the 2011 elections, a period he calls his “mastership period,” Erdogan has shifted from pluralism, the AKP’s original starting point, to majoritarianism. Fears are rife that he will maintain his tendency to resolve problems in an authoritarian manner. Even before the elections, he had signaled he would launch a fierce war on the Gulen community, which he has demonized as a “parallel state,” along with other opposition quarters. For instance, he has already asked for a judicial ban on leaving the country for Istanbul’s former deputy police chief Ali Fuat Yilmazer as well as journalists Emre Uslu, Onder Aytac, Bulent Kenes and Mehmet Kamis.

In his victory speech from the party headquarters’ balcony, Erdogan was accompanied by ministers and his son Bilal, also implicated in the corruption scandal, as if he was saying, “They are now acquitted.” Erdogan openly declared a war on the Gulen movement when he said, "We will enter their dens from now on. Yes. They will be held accountable. They will pay the price." He also stated that Syria "is at war with us," signaling that he would be even more hawkish in foreign policy.

In remarks to Al-Monitor, Nuray Mert, a prominent academic and a columnist for the Hurriyet Daily News, said the AKP has created a populist ideology mixing conservatism, nationalism and neo-Ottomanism, complete with a cult for a leader who represents this mixture. She stressed, however, that regardless of the election outcome, an iron fist cannot rule the country for too long. “The elections will make no contribution to overcoming the existing political crisis and normalizing the country. Erdogan had lost his ability to run the country long before the corruption scandals broke when he turned in the direction of a civilian authoritarian regime,” Mert said. “A mentality that translates elections results into a one-man rule cannot rule Turkey, a country with a highly polarized and complex fabric, in such a narrow-minded and majoritarian manner, even if they get more than 50% of the vote.”

Many expect that a solution could emerge against Erdogan and his clique from within the AKP, perhaps from the ballot box. The election outcome being in favor of Erdogan has somewhat weakened the hand of those who are looking for an alternative way out from within the AKP, including President Abdullah Gul himself. However, the arm wrestling will no doubt continue both within and outside the party until the presidential election in August. AKP members irked by Erdogan’s one-man style were already saying that “the efforts to normalize the country will continue regardless of the election result.”

Furthermore, fresh wiretaps are likely to be leaked to turn up the pressure on the government. The more Erdogan fights, the more the salvos against him are expected to increase, with the United States and the European Union also stepping in, until the AKP’s integrity becomes impossible to preserve.

Having strengthened its hand in the local polls, the Peace and Democracy Party (BDP), too, is expected to mount real opposition against the government, although it has so far played its opposition role quite reluctantly in the name of the Kurdish peace process. The Kurdistan Workers Party (PKK) has sent signals that it may look for interlocutors other than the AKP, suggesting that the Kurds can no longer sustain the AKP's ambivalent stance that has played into government hands.

Ultimately, if Turkey is not normalized, the rumble of the educated urban middle class, which made a grand appearance on the political scene during the Gezi protests, will continue to pester Erdogan and could perhaps force the government to move the June 2015 general elections forward.