Artists from Nile Basin countries are collaborating on a musical initiative called the Nile Project, with the aim of reducing tensions over water-sharing disputes. 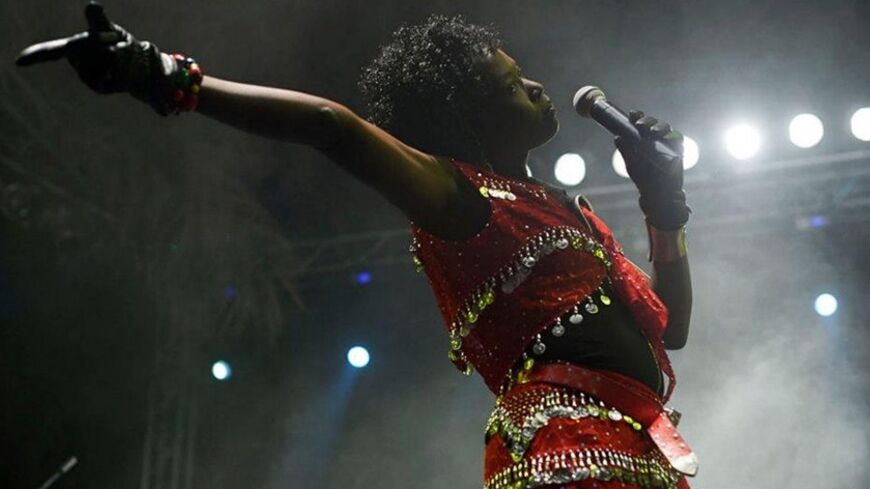 CAIRO — Egyptian musician Mina Girgis and Ethiopian-American singer Meklit Hadero started their music band the Nile Project to act as a new platform for dialogue and cultural exchange, away from the language of tension among the governments of the Nile Basin countries, which are currently embroiled in a water dispute.

In the band's second tour since it formed two years ago, the Nile Project, with its 19 musicians and singers, traveled to Nile Basin countries, including Kenya, Tanzania, Ethiopia, Uganda and Egypt. The group sang their lyrics in local dialects and expressed their relationship with the Nile, not to convey messages of peace, but to send an invitation saying, “We have something in common. We should look at it and strengthen it before we resort to war.”

“We are not trying to be a form of popular diplomacy that carries a message of peace from one country to another. This project doesn’t belong to Egypt or Ethiopia alone. Rather, it is a project that brings together all the countries of the Nile Basin,” Girgis, the Nile Project’s founder, told Al-Monitor.

In August 2011, during Wafaa al-Nil — meaning the "Flooding of the Nile," a holiday that has traditionally been celebrated in Egypt to mark the river’s annual flooding — the idea for ​​the Nile Project came to Girgis when he attended a concert by an Ethiopian singer in America.

Girgis, who studied musicology and anthropology, spoke about the idea behind the Nile Project, saying it was aimed at “mixing music from the Nile Basin countries to reflect the cultures of the peoples of the region together. I thought about establishing a music project linking the Nile Basin countries, and then opening a space for ​​interest and dialogue through cultural and environmental relationships.”

Despite the many languages ​​and dialects in the Nile Basin countries, the Nile Project has created harmony between them in a new type of music. “There are many common elements, from instruments, rhythms and such, which can be built upon. The amadinda instrument in Uganda is very much like the tanboura and simsimiyya in Egypt. The adungu looks like the hareb, the musical instrument of the Pharaohs,” said Girgis.

Only two weeks before a concert do the band members meet and start composing and writing songs together. Girgis spoke about the difficulty of the experiment. “We tried to create a harmonious environment to reveal the inherent capabilities in musicians, and we managed to make a good musical product, although some artists had no knowledge of the cultures in other countries on the Nile River,” he said. 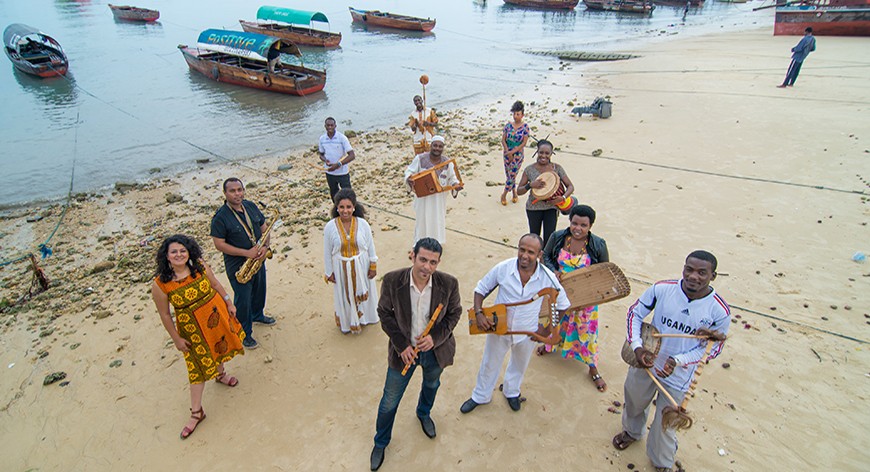 Girgis criticized the idea of a “musical operetta” that transmits specific messages through songs. “Our musical history is filled with these songs that have a propagandist nature [and that seek to promote] a specific idea or message. But people no longer need this kind of ‘cheap’ art. I don’t ask the musicians in the project to send messages about water or the environment. I only invite them to sing the music that reflects their association with the Nile and the songs that reflect the cultures of the Nile Basin countries.”

Given these problems, the Nile Project does not limit itself only to music. “We tried to make it so that attending a concert and listening to the music of the Nile Project is not the end of the project. And we started a series of workshops for dialogue between university students and members of the project who came from different Nile Basin countries to look at the problems and discuss how to solve them, by building on the interest and acceptance for dialogue, which was created by the music in the first place,” said Girgis.

Kasiva Mutua, a musician from Nairobi, Kenya, spoke with Al-Monitor about her experience playing with the Nile Project. “The project is a good chance to confirm that we are one fabric in the Nile Basin and can play one music,” she said. But before participating in the project, she didn’t expect the experiment to succeed because of the different cultures and languages. “Despite the differences, we worked together in good spirit. We were like a family linked by music,” she added.

“I didn’t have prior knowledge of Egyptian or Ethiopian music, and when the Nile Project started I was surprised by the new and different tunes and rhythms. Yet we were able to integrate our music production together,” Mutua added.

“What does the word ‘country’ mean? … It means people who have no homes,” sings Egyptian singer Dina el-Wedidi in the Nile Project with Ethiopian singer Selamnesh. The song employs both Ethiopian and Egyptian beats.

“The idea for ​​the song came from mixing verses from poems by Bayram al-Tunsi written in the 1930s, poems by Fouad al-Qaoud in the 1960s and others by Marwa Jamal al-Din from our generation. All these verses reflect the situation in which we see our society now,” said Wedidi.

Wedidi spoke to Al-Monitor about the Nile Project, which has become a personal artistic project. “The experience of the Nile Project has revealed very rich artistic material in African cultures. It was the first opportunity to get to know it because our problem in Egypt is that we always look to the north toward Europe and America, while we really need to look toward the south, to Africa.”

Last year, Wedidi sang a song for the Nile Project called “Ya Ganouby,” which is about the sad situation in the south of Upper Egypt. ”The veterans of Egyptian music came from the south. Egypt’s true folklore came from Upper Egypt. The south is in our true roots. But we are always absent from it,” said Wedidi.

After its East Africa tour ends, the Nile Project will continue to deliver its message to new countries in Africa, Europe and Asia, to confirm the unity of the people of the Nile, despite the water dispute and the polarization promoted by government policies. The Nile Project is trying to build bridges of dialogue before the dispute escalates to a war over resources, given the environmental challenges and energy shortages in Africa.