US Secretary of State John Kerry should work to ensure that full sovereignty of the Jordan Valley is given to the Palestinians to ensure a future state is economically viable. 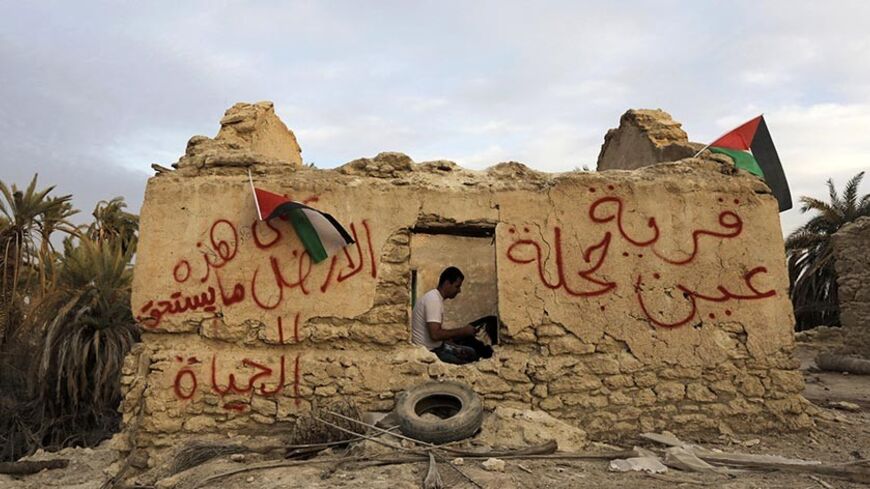 A Palestinian activist sits inside a structure in an old village known as Ein Hajla, in the Jordan Valley near the West Bank city of Jericho, Jan. 31, 2014. - REUTERS/Ammar Awad 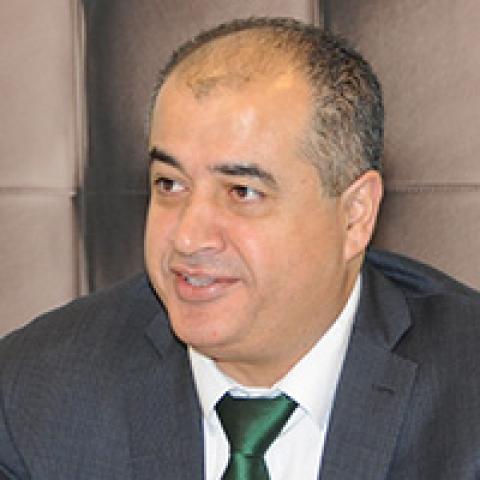 Over the past 20 years, US and international peace efforts have not yielded tangible outcomes in the Israeli-Palestinian conflict. As some observers put it, the peace process has only produced a “process without peace.” Yet, international intervention has caused new terms to be added to the discourse, such as the creation of a “viable Palestinian state.” Of course, the parties could spend years determining what really constitutes “viability.”

While preparing his Framework Agreement for Palestinian and Israeli negotiators, US Secretary of State John Kerry should be very careful to not fall into the security trap that Israeli governments have constantly used to justify further grabbing of Palestinian land, thus undermining the prospects of a fair settlement of this conflict. No one knows the security value of the Jordan Valley more than the former chief of Mossad, Meir Daghan, who last month acknowledged publicly that control over the Jordan Valley is not essential for Israel’s security. He called the demand by Israeli leaders to maintain control of the Jordan Valley to defend its eastern frontier a “manipulative use of security issues” for political ends. “There is no longer an Iraqi army,” he said. “There is no eastern front. There is peace with Jordan. I don’t like the talk that the Jordan Valley is critical for Israel’s security.”

For Kerry’s Framework Agreement to make the region’s prospects for peace sustainable in the long run, the Jordan Valley must be viewed mainly in terms of economic means. In particular, sustainable peace requires a further definition of a truly viable Palestinian state. Currently, donor countries contribute more than $2 billion yearly to ensure the survival of the Palestinian Authority (PA) project. If properly used, the Jordan Valley should be able to provide most of this amount.

Benefiting from its tropical climate and fertile soil, farmers can grow products in the Jordan Valley all year long. The territory’s arability makes it suitable for developing industries related to agriculture. Exports can flourish due to the demands of Arab, European and US markets, attracting successful investment in the food industry. Such development will enable the area to become a hub for entrepreneurs, easing the population congestion of Ramallah, Nablus, Hebron and other West Bank cities. Many young Palestinian professionals are trapped in areas that reflect neither their socioeconomic background nor their future ambitions. Once private businesses begin creating jobs, it will relieve the pressure on the PA to add unnecessary bureaucratic posts.

Palestinian entrepreneurs will also be able to harness many of the Dead Sea’s valuable minerals, making use of phosphate, sodium, calcium and others. The Dead Sea could serve to diversify the economy, creating modern industries that would expand beyond food processing and agricultural products.

The Jordan Valley has many archeological and natural sites, including Jericho, the oldest civilization on earth. It could be developed to accommodate millions of tourists annually. The valley’s significance for Christians will ensure robust tourism all year long.

Another major source of economic viability for the Palestinian state is the tax collected from those who cross the valley to Jordan. Approximately 900,000 Palestinians pay $45 to take this route annually, and the fees are supposed to be divided evenly between Israel and the PA. Israel collects the money, but often fails to give the PA its share on time, withholding it to extract political gains, and thus undermining what little sovereignty the body has.

Equally important is the fresh underground water that the Jordan Valley preserves. Since many analysts expect that future war in the Middle East will be about water, enabling the Palestinian state to have control over its water resources in the Jordan Valley will contribute to building a sustainable peace.

The Jordan Valley represents the economic spine of the future Palestinian state. Any arrangements that do not recognize it as such will definitively undermine the spirit of “viability” that receives unanimous international recognition. If Kerry compromises the integrity of the future Palestinian state by failing to include the Jordan Valley as a part of it, he will set himself up for many additional visits to the region and leave his successor with the impossible task of managing its anarchy.