While political leaders are lining up to oppose the threats to the two-state solution posed by Israeli Prime Minister Benjamin Netanyahu’s pre-election statement, a closer look at the devastating effects on the ground shows that the viability of a Palestinian state would be threatened if annexation of the Jordan Valley is carried out. 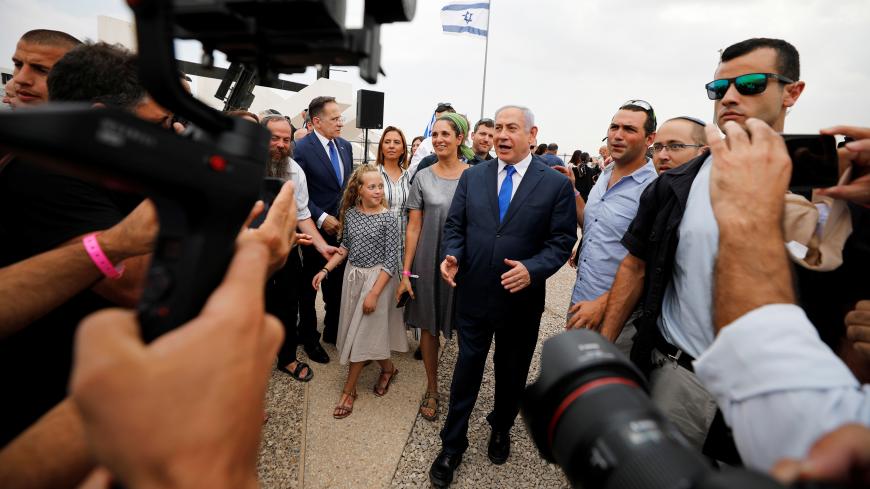 When Israeli Prime Minister Benjamin Netanyahu announced Sept. 10 that he plans to annex the Jordan Valley in the occupied West Bank if he wins in the legislative elections today, there was initially no response from the Arab states. While a number of traditional Palestinian allies did speak up, the implications of such a move go far beyond normal political disputes.

Meanwhile, Faisal J. Abbas, editor-in-chief of the leading English-language Saudi daily Arab News, warned Sept. 13 the Israeli leadership that the annexation move will further complicate issues. “The prospects for a two-state solution are rapidly receding. Unless Netanyahu, or whoever becomes the next leader of Israel, has a plan to throw nearly 5 million Palestinians into the sea, the demographics on the ground will make coexistence impossible,” he said. He added, “There is no gain for Israel going forward, for such a move would only make normalization of ties with Arab countries more difficult.”

Jordan, one of two countries that has a peace agreement with Israel and that controlled the West Bank before the Israeli occupation in 1967, also reacted in a strong way. Foreign Minister Ayman Safadi met with key European ambassadors based in Jordan to express his country’s opposition.

The European Union said Sept. 11 that it would not recognize any changes made to the pre-1967 borders and labeled any settlement plans as "illegal under international law."

Jad Ishaq, director of the Applied Research Institute in Bethlehem, told Al-Monitor that the Israeli move would have a direct effect on a number of key aspects needed for the viability of the future Palestinian state. “The Jordan Valley is Palestine’s breadbasket. Losing that area would have a devastating effect on the all-important agriculture sector.” Ishaq, a leading Palestinian strategist and adviser to consecutive Palestinian administrations, also noted that the annexation of the Jordan Valley and the northern Dead Sea would have other crucial consequences.

“It would deny us our water rights in the Jordan River and limit our potential for mining our national resources in the Dead Sea.” In addition, he noted that access to water has the potential of giving Palestinians the chance to develop recreational tourism.

Ishaq puts the potential annual income from these activities at an estimated $2 billion, arguing that the Israeli annexation plan “stunts the sustainability, contiguity and integrity of a future Palestinian state.”

Noura Erakat, a Palestinian human rights attorney and assistant professor at Rutgers University, told Democracy Now Sept. 12 that the annexation of the Jordan Valley would have a direct effect on many Palestinians. “Israel declared 60% of the Jordan Valley as a closed military zone and off basis," she noted, explaining that this “means that Palestinians can’t be on it. They can’t dig into water wells. They cannot access the water for agriculture, even for their own drinking purposes. Right now the settlers that live there — approximately 11,000 settlers — have access to six times as much water as the Palestinians. Israel has also declared 26 nature preserves. This is greenwashing, where they basically said, ‘These lands we’re going to preserve for nature purposes,’ but that really just means that Palestinians can’t be on those lands, as they continue to build settlements.”

While the political reaction has been strong, the key issue that needs to be looked at is where does this move, if carried out, leave the attempts to find a permanent solution to the Israeli-Palestinian conflict. With the "breadbasket" of the West Bank taken out, and with access to the Gaza Strip denied because of the blockade, the road map to a Palestinian state and the enactment of the two-state solution would become practically impossible. Not only will this deny Palestinian contiguity and freedom of movement, but without the Jordan Valley and the Dead Sea the idea of the viability and sustainability of the Palestinian state would be in serious question, leaving Palestinians no other choice but to fight the formalized apartheid regime that will become more apparent and shift gears to a much longer battle for equality in a single binational state.