Despite lack of support from Iraq’s Shiite religious establishment, the Jaafari personal status law has been endorsed by the cabinet and moved to parliament. 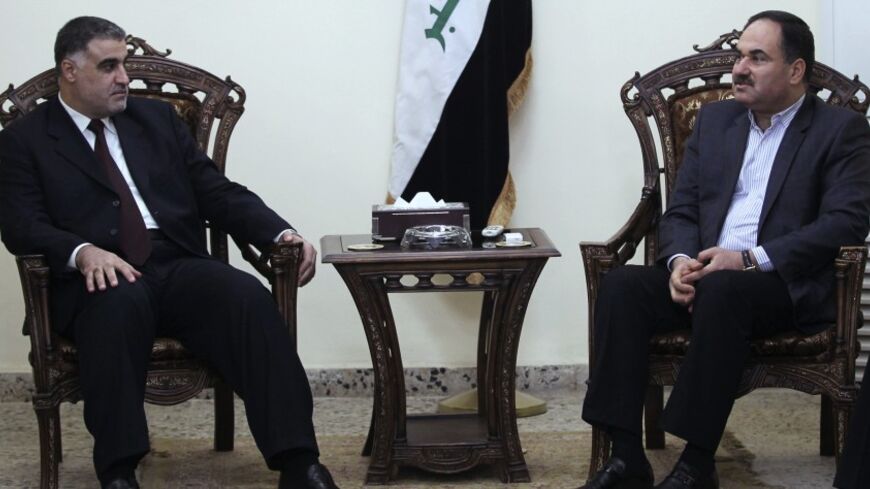 With great persistence, Iraqi Justice Minister Hassan al-Shammari has kept pushing the controversial Jaafari personal status law to the forefront. He succeeded in passing the bill in the council of ministers and sent it to parliament, amid rejection by Iraqi civil forces.

It is only natural that the law became associated with the justice minister and the Virtue Party to which he belongs because, aside from the minister and his party, no political, parliamentary or religious party has adopted the law. Even Iraq’s Shiite religious authority has distanced itself from the push to adopt this law.

But how did the justice minister get all this momentum for the law, and how did he overcome all the administrative and political obstacles and push the law to the forefront just weeks before the parliamentary elections, noting that the council of ministers decided on Dec. 4, 2013, to postpone the decision until after the election?

The answer to this question has legal and religious aspects. At the legal level, the law is consistent with Article 41 of the Iraqi Constitution, which reads, “Iraqis are free to abide by their personal status according to their religions, sects, beliefs or choices, as regulated by law.”

That vague and ambiguous article has become a Trojan horse for religious parties to impose their laws. This ambiguity has led to another level of factors, mainly religious factors, which helped the justice minister in his mission.

In principle, no Iraqi cleric can oppose applying provisions that date back to earlier times and which are supported by religious texts. Some of those texts set the marriage age as low as 9 and others relate to the role of women in society whereby a woman is subject to her husband’s will and is deprived of all the gains made under the 1959 Personal Status Law, which is considered a civil law par excellence.

The problem facing the Jaafari personal status law is that the normal pattern of laws pertaining to the issues of marriage, divorce, inheritance and women’s rights in the world have been evolving toward greater freedom and equality, so why would Iraqi laws head in the opposite direction?

The reactions by the supreme religious authority in Iraq regarding this law was expressed in a statement by Sheikh Bashir al-Najafi. The statement said that the law has not been adopted by the religious reference, which has not studied the law.

That comment was enough to mainly link the law to Shammari and his Virtue Party, whose spiritual reference, Mohammed al-Yacoubi, is at the forefront of the clerics supporting the law.

Whether or not parliament will be able to pass the bill, which is unlikely in light of the approaching elections, the scarce parliamentary sessions and parliament’s inability to approve the budget — which is supposed to be its last duty before dissolving itself — the proposed law has already opened the door to several implications.

Most prominent of these implications was announced in a statement by the justice minister on March 2. The statement noted that the Justice Ministry is ready to receive any sect wishing to work on a special law for the personal status of its members, because that contributes to peaceful coexistence among all Iraqi groups.

This is a civilizational crisis more than a legal one. Of course, we should not judge the behavior of past eras by current standards. The rules that governed communities 1,000 years ago were the result of their unique circumstances and environment. But we should not make the present governed by those old rules.

Showing understanding that old tribes married their daughters when they were still children doesn’t mean that we should legalize such behavior. That women 1,000 years ago were considered subordinate to men, could not leave home without their permission and could be divorced and replaced at any time doesn’t mean that the same thing should be acceptable today.