According to the conference organizers, Saudi Arabia and Qatar were invited, but didn’t attend, despite Prime Minister Nouri al-Maliki's accusing of them of supporting terrorism. 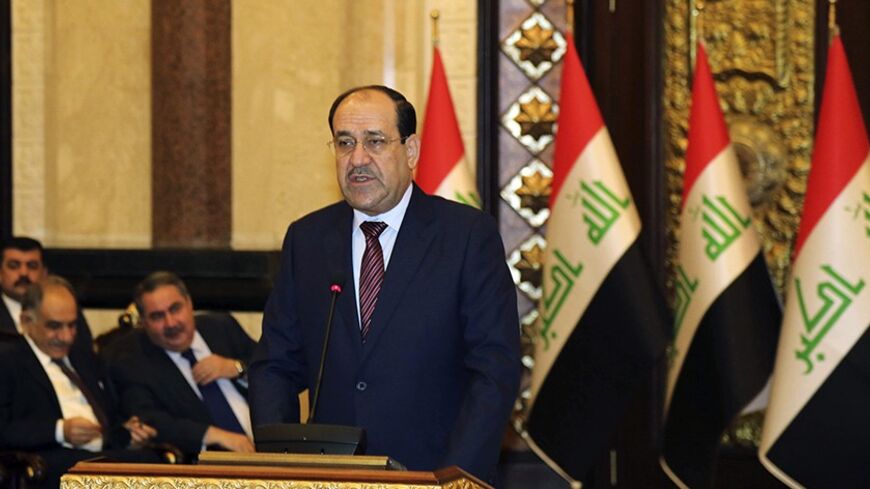 The Iraqi government held a conference on combating international terrorism on March 12-13 in Baghdad, in which it suspended its official work on the opening day of the conference. Although the official reason for the suspension was “to complete the distribution of electoral cards for state employees,” some observers interpreted the move as aiming to evacuate Baghdad so that the guests could enjoy the conference without hearing loud explosions around the capital every day and to protect the conference site from a security breach.

Participating in the conference were representatives from 40 countries, including members of the UN, the UN Security Council, the Organization of the Islamic Conference and the European Union. The head of Interpol was also present. During the conference, 20 studies by Iraqi researchers and 21 studies by foreign researchers were presented.

Saudi Arabia and Qatar, which Iraqi Prime Minister Nouri al-Maliki had accused in a TV interview on March 8 of supporting terrorism in Iraq, didn’t attend, despite being invited, according to the organizing committee. The Iraqi blocs that oppose Maliki didn’t attend either. Some deputies accused Maliki’s State of Law Coalition of monopolizing the invitation list.

In his weekly address on Oct. 23, 2013, Maliki called for an international conference to combat terrorism to “unify the efforts to confront it,” “to achieve security and stability in the region” and “to coordinate information and capacity between countries to encircle al-Qaeda in the region and outside it.”

Iraq’s call for an international conference to combat terrorism came after the security situation steadily worsened in the last two years.

EU Ambassador to Iraq Jana Hybaskova said, “Iraq is a country that has suffered from terrorism over the past 10 years and there are terrorist strongholds inside Iraq that threaten security and that have killed thousands of Iraqis.” In an interview with Al-Monitor, she said, “The EU has never stopped condemning and rejecting such acts and [the EU] will continue to support Iraq in its fight against terrorism and [help] it get out of this dark tunnel.”

She added, “We in the European Union emphasize the importance that Iraq recovers its vigor and strength because of its great position in the region and the world,” and stressed “the need to end all acts of terror in it.”

In his opening remarks at the conference, Maliki warned about the “sedition caused by terrorism,” which will “burn the countries.” Maliki said, “State sponsors of terrorism bear the responsibility for the harm that our countries are being exposed to,” and stressed that “Syria has turned into the biggest arena for terrorism, which is now affecting Iraq.”

Maliki stressed that “the storm of destruction will blow on all countries in the region, even Europe and all countries of the world.” He asked the international community to cooperate with the countries in the region and take deterrent measures to combat terrorism. He regretted that “some countries have turned some of their institutions into incubators for terrorism and for collecting money [for terrorism].” He added, “Our warnings about terrorism are not intended to scare the world, but they come from our own experience.”

He concluded his speech by calling for “the establishment of a general secretariat for the Baghdad International Conference to Combat Terrorism” and by saying that the secretariat “would develop a general strategy to pursue international terrorism.”

The topics discussed at the conference were: “the existing international frameworks for cooperation to fight terrorism in [the present and future]”; “experiences in fighting terrorism: lessons learned”; “the implications of terrorism on economic development and democratization”; “the development of the media and the Internet and their effect on terrorism”; “ideological and religious extremism and incitement to hate and violence, and the role of religious institutions in fighting terrorism”; “political changes, regional conflicts and terrorism”; and “the development of al-Qaeda: extensions and implications.”

The United States used the opportunity to talk about the Syrian crisis. Deputy Assistant Secretary of State Brett McGurk acknowledged that “the conflict in Syria has implications for stability in Iraq.” But he called on Iraq to “withdraw its fighters from Syria in line with the demands of the UN Security Council.”

The representative of the Organization of Islamic Cooperation, Yahya al-Rahi, said in an interview with Al-Monitor, “The OIC can contribute and support Iraq in rallying the international community to improve [Iraq’s] capabilities in the face of terrorism, because the latter is a threat to the whole world and no one will be safe from it.” He added, “So everyone must unite the global discourse to combat terrorism.”

In its concluding statement, the Baghdad International Conference to Combat Terrorism called for establishing an international day to commemorate the victims of terrorism, and stressed the need to activate the regional and international treaties on counterterrorism and develop national laws.

The conference recommended the development of national laws, including laws that fight terrorist recruitment and incitement, according to international decisions. The conference also called for spreading a pro-human rights culture and promoting the role of women according to Security Council Resolution 1325.

The concluding statement vexed some delegations because it didn’t include some of the topics discussed in the second day of the conference. The Lebanese delegation requested that the countries supporting terrorism be identified, in accordance with Maliki’s position. Maliki had accused Saudi Arabia and Qatar of supporting terrorism in Iraq.

Several State of Law Coalition deputies had asserted that the concluding statement would clearly condemn the roles of Saudi Arabia and Qatar in supporting terrorism in Iraq. But that didn’t happen.

Mohammad al-Sayyoud, a deputy in the State of Law Coalition, explained the reason for that to Al-Monitor: “The international community and the countries present at the Baghdad International Conference to Combat Terrorism pressured Iraq to postpone the announcement that Qatar and Saudi Arabia are terrorism-supporting countries.”

According to a member in the conference’s preparatory committee, Mohammad al-Ukaili, “The recommendations were the consensus in the UN and other international organizations.” He said, “There is a tentative agreement with the EU that there should be a general secretariat of the conference to be based in Baghdad.”

Political analyst Ahmad Hatef told Al-Monitor that the conference was a movement toward finding common ground aimed at activating mechanisms that may seem fragmented now. He said that activating those mechanisms would require more than one urgent deliberation and a conference regarding the outlines.

Hatef said, “We need to study how to form systematic cultural, military and technological defenses to counter the tentacles of the growing terrorism [threat],” and then to dedicate a conference for each proposal. He added that the present conference is a prelude for the countries to organize themselves, with the visions to be launched in the future.