Why Arabs are pressuring PA to take part in Bahrain summit

Some Arab countries are placing political and financial pressure on the Palestinian Authority to reconsider its rejection of the Bahrain economic workshop, which the United States is holding later this month to kick off its peace plan. 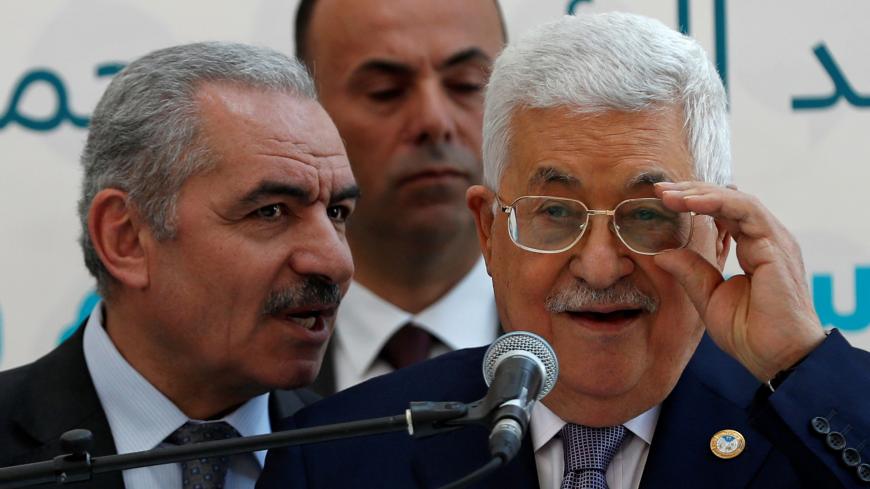 RAMALLAH, West Bank — The date of the Bahrain conference, which will focus on the economic aspects of the US peace plan, otherwise known as the deal of the century, is nearing. Meanwhile, pressure on the Palestinian Authority (PA) is mounting to push it to change its mind about boycotting the conference that will take place June 25-26.

Secretary-General of the PLO Executive Committee Saeb Erekat announced in a statement May 22 that the PA will not participate in the Bahrain conference due to US decisions, like the US recognition of Jerusalem as Israel’s capital, moving its embassy to Jerusalem and halting funding for the United Nations Relief and Works Agency for Palestine Refugees in the Near East.

Several Arab countries, such as Saudi Arabia, the United Arab Emirates (UAE) and Bahrain, announced May 21 their participation in the conference under the slogan “Peace to Prosperity.”

Israeli newspaper Haaretz quoted a Qatari source May 25 as saying that Qatar will take part in the conference, but Qatar has yet to officially make the announcement. Omani Foreign Minister Yusuf bin Alawi said that Oman will most likely participate. Meanwhile, Reuters reported May 28 that Jordan and Egypt will send delegates to the conference.

US President Donald Trump’s adviser and son-in-law Jared Kushner headed a US delegation on a regional tour to garner support for and approval of the Bahrain conference. The tour began in Morocco, where the delegation met with Moroccan King Mohammad VI May 28 and Jordanian King Abdullah May 29. But neither announced their participation or boycott.

The Israeli Jerusalem Post cited May 22 prominent PA officials as saying on condition of anonymity that the Palestinian objection to the workshop has embarrassed some Arab countries, which pressured the PA to reconsider. One official reportedly said, “Some Arab countries are not satisfied with our immediate refusal of the [Bahrain] workshop.”

The official added, “They are now asking us to stop attacking the workshop and not to oppose the participation of Palestinian businessmen.”

The newspaper further reported, “Saudi Arabia, Egypt and the UAE have relayed a message to the PA leadership in which they expressed 'concern' over Palestinians opposition to the workshop.”

Saudi newspaper Asharq al-Awsat reported May 23, citing Palestinian parties on condition of anonymity, “International and regional parties are pressuring President Mahmoud Abbas to participate in the conference that aims at helping Palestinians.”

Palestinian officials refuse to talk publicly about the Arab pressure on the PA to avoid ruining relations between the PA and these countries.

A PLO official told Al-Monitor on condition of anonymity, “The pressure on the PA is political in order to push it to reconsider and not to criticize participants in the conference. The PA is also facing financial pressure as some [Arab] parties are refusing to grant the PA loans or financial aid to face its financial crisis resulting from Israel’s confiscation of tax revenues.”

During a meeting April 29 with the Palestinian government in Ramallah, Abbas revealed that he asked for a financial loan from some Arab countries during the last meeting on April 12 of Arab foreign ministers in Cairo — even before the Bahrain worskhop was announced. But he did not receive any response. Only Qatar later announced offering a loan of $250 million to the PA.

Abbas said, “We asked our brothers for a financial safety net of $100 million in loans to be settled later." He added, "We did not get any response, even to take money as debt, but we have to be patient.”

Member of Fatah’s Central Committee Abbas Zeki told Al-Monitor, “Nobody can influence our decision to boycott the conference. The president asked the Arab countries during the urgent Arab League summit in Saudi Arabia May 30 to boycott the Bahrain conference.”

Abbas announced in his speech before the Arab League emergency summit that Palestine will not participate in the Bahrain conference and urged Arab countries to do the same.

Zeki said, “If any Arab nation made a mistake and announced its participation in the conference, it can still reconsider under the umbrella of the joint Arab decision and commit to the decisions of the Arab summits.” He added, “We will wait for the Arab countries to reconsider after the Arab League summit in Mecca, but nobody can impose anything on us or pressure us.”

Jihad Harb, political analyst and writer for several Palestinian news websites, told Al-Monitor, “Arab countries have always used money to pressure the Palestinians when they reneged on their commitments, and they [Arab countries] did not provide the financial safety net that was passed during the Arab summit in March 2012 and activated during the Arab League summit in Tunisia in March 2019. They are also putting political pressure, as Arab countries have individually announced their participation in the Bahrain conference without consulting the PA. Those include major countries that the PA was counting on such as Saudi Arabia.”

The PA denounced the US-led conference held in Warsaw to discuss ways to confront the Iranian threat and to promote peace in the Middle East.

Omar Chehade, member of the political bureau of the Popular Front for the Liberation of Palestine, told Al-Monitor, “Bahrain and the Gulf team have shown how deeply involved they are in implementing the US-Israeli plans. They have shifted from covert into open normalization with Israel.”

He said, “The Gulf team is bartering the Palestinian cause for its own power. Trump’s policy is based on cementing affiliated dictatorships that implement its agenda. Therefore these countries have moved into a new phase based on explicit alliance and normalization with Israel.”

Chehade added, “The PA is under a lot of economic pressure. The Arab League, for one, has not responded to activating the safety net. Meanwhile Israel continues its blockade on the Gaza Strip and its confiscation of tax revenue funds, and some Arab countries are pushing the Palestinians to take an impartial stance on the conference.”

While Arab countries are exerting pressure on the PA secretly, they are voicing support for the Palestinian cause and the PA’s stance in their public statements. Sheikh Abdullah bin Ahmad Al Khalifa, envoy of Bahraini King Hamad bin Isa al Khalifa, told Abbas during a meeting in Jordan May 29, “Bahrain is not the country that organized the economic conference. We are only hosting it.” This was a clear attempt to justify his country’s hosting of the conference and participation in it.