Khamenei: Culture is even more important than the economy

In his Nowruz speeches, Supreme Leader Ayatollah Ali Khamenei announces that in the coming year focus will be placed on culture and the economy, to reduce the country's vulnerability to sanctions and other external factors. 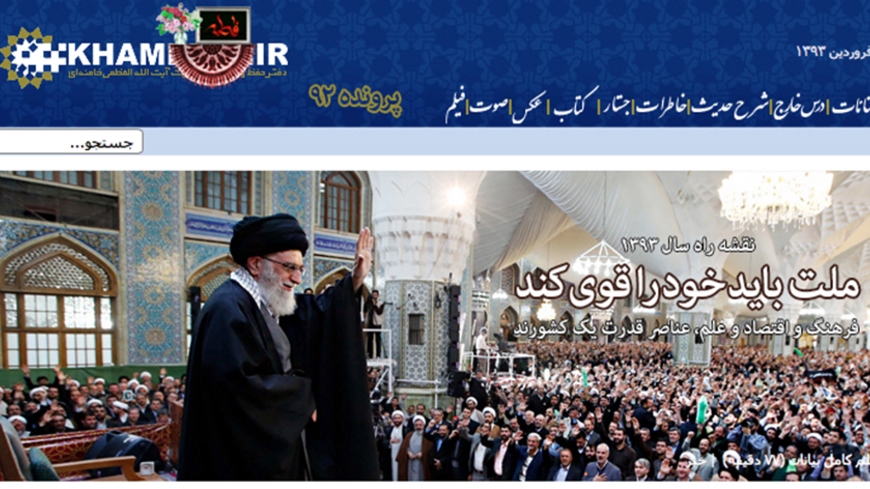 In today’s speech, Khamenei gave equal focus to the “resistance economy” and culture. The resistance economy is an economic plan that attempts to focus on Iran’s domestic capacities and production to reduce their vulnerability to sanctions and other external factors.

In regard to the country’s cultural policies, Khamenei said, “Culture is like the weather — whether we want to or not, we have to live it; therefore, whether it is clean or polluted, it will have different effects on society and the country.” He continued that culture impacts people’s “economic, social and political views; therefore, cultural beliefs cast a show over all other issues and is more important.”

Khamenei asked officials to “be careful with sensitivity and alertness of the extremely dangerous cultural breaches and to perform their required and defensive duties.” He warned that while Iranian officials have been negligent in their cultural policies and are at fault, too, it is important to “not ignore the enemy’s destructive activities of the last 35 years.”

He continued that officials confronting the various cultural breaches should not be concerned that they are infringing upon people’s freedoms, because “freedom, as a great divine blessing, is completely different from carelessness, indifference and abandonment.” He used the example of someone using heroin and its destructive effects to demonstrate that freedom does not necessarily mean anyone could do whatever they want.

He criticized the fact that Western countries that promote freedom have their own redlines. “In European countries no one would dare talk about the Holocaust,” Khamenei said. “The Holocaust, of which it is not clear if its facts are true or not — and if it is true, in what shape it was — … expressing opinions about the Holocaust, doubts about the Holocaust, is counted as one of the biggest crimes [in Europe] and they prevent it, put the individual in jail, pursue a legal case, and they have claims to freedom. They stand firm with their redlines, then how can they have expectations that we ignore our redlines on our beliefs and the revolution of our country?”

President Hassan Rouhani had promoted a “minimum interference” cultural policy for his administration. However, he was publicly, albeit indirectly, rebuked for taking this position. “Entrusting cultural issues to the people does not negate the regulatory role and guidance of the administration,” Khamenei said at a meeting of the High Council of the Cultural Revolution in December 2013, shortly after Rouhani had promoted his “minimum interference” policy in a televised interview.

Rouhani’s Minister of Culture Ali Jannati has been criticized by the judiciary and other officials for promoting the unblocking of Facebook and allowing a high number of mixed sex music concerts to take place.