The current domestic upheaval is intensifying for Turkey's prime minister with the death of a 15-year-old boy, in a coma since being hit in the head with a pepper-gas projectile during the Gezi Park protests last year. 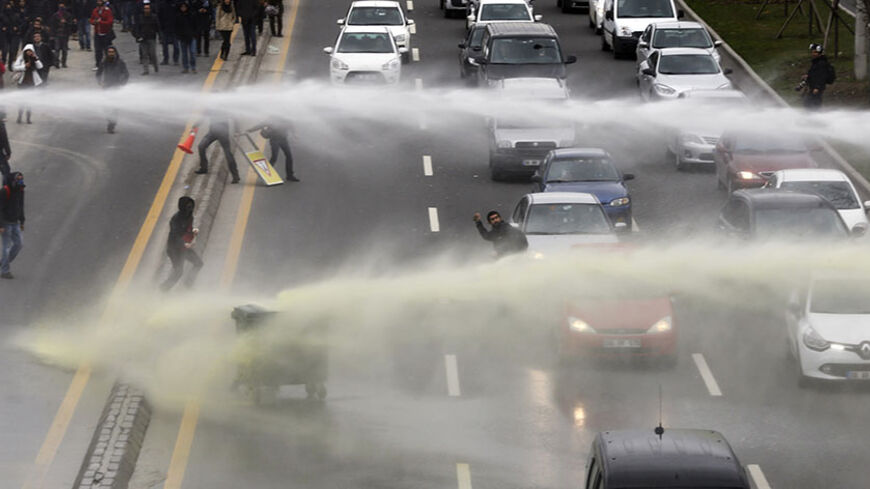 Turkey has been a truly vibrant country for some years now, with never a dull moment. But in my decades of highly politicized life I cannot recollect a period that has been so "vibrant" in the negative sense.

Many developments important enough to define any country's agenda for years to come are happening incessantly and simultaneously in Turkey. Nerves are taut with accumulating tension that is ready to explode at any moment.

For example, almost all the defendants in the historic Ergenekon and Sledgehammer cases, including Gen. Ilker Basbug, the former chief of general staff who had been incarcerated for two and a half years, have been released. These two cases have come to symbolize Prime Minister Recep Tayyip Erdogan’s 12 years in power. But along with these defendants, the murderers of Armenian journalist and intellectual Hrant Dink and the German Christian missionaries in Malatya have also been released.

The reasons for this are new legal arrangements and legislation that even the Turks have problems understanding, much less outsiders.

Erdogan considers what is bound to be the most spectacular graft probe in the history of Turkey and the related telephone-recordings scandal a “coup attempt,” and did not hesitate to launch an operation to relocate thousands of people in the police and judiciary for being “supporters of [Islamic leader] Fethullah Gulen.” Amazingly, he blamed the Gulen community for all the heavy prison terms handed down by courts during his tenure.

As a consequence, the Ergenekon and Sledgehammer trials and others that were placed under jurisdiction of "specially empowered courts" were in a sense delegitimized. By invalidating these courts, the executive ensured that the judiciary would remain under its unchallenged control. The maximum detention term of 10 years before conviction was lowered to five, and many who were serving life terms were released.

In the midst of incredible legal confusion, news of the death of 15-year-old Berkin Elvan was enough to bring the country to the brink of chaos. Elvan was hit on his head with a pepper-gas projectile while out to buy bread for his family during Istanbul’s Gezi Park protests and lingered in a coma for 269 days. That Elvan was also an Alevi, like other teenage victims of the Gezi protests, added a new dimension to the unrest.

In all corners of Turkey, people came out to mourn for Elvan. Tens of thousands of people demonstrated by holding up the loaf of bread that Elvan had in his hand when he was shot. Many universities suspended classes and demonstrations became sustained clashes with the police.

One of the causes of the widespread and unprecedented public rage that burst out with Elvan's death could well be the ever increasing number of people who have listened to the tape recordings of what is certain to be Erdogan talking with his son and son-in-law about the hiding of massive amounts of cash and acquisitions.

For example, it was revealed that one of Erdogan's sons had purchased a 91,000-ton-capacity ship to add to his fleet of five. It's no wonder the contrast with the pitiful saga of a boy shot at 14 and languishing in a coma until his death triggered public outrage.

How we will ever reach local elections on March 30 and determine the course and leadership of the country when we are overwhelmed with such nervous energy? Many fear an even more volatile Turkey in the period between March 30 and the presidential elections scheduled for the end of August.

The image of an exemplary Turkey in a volatile neighborhood is no more, spelling the end of the “Turkish Model” for the post-Arab Spring Middle East.